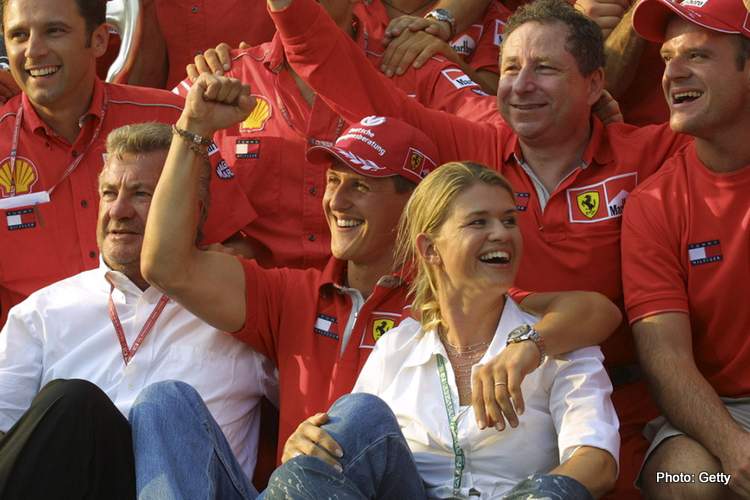 Former Formula 1 World Champion Michael Schumacher will be the subject of a new documentary featuring unseen archive footage and rare interviews, producers announced on Sunday before the Cannes Film Festival.

The film, directed by German duo Michael Wech and Hanns-Bruno Kammertoens, was made with the blessing of the driver’s family and will include interviews with them as well as companions and competitors, the filmmakers said.

Simply titled Schumacher, the project is backed by the German’s family and is expected to hit cinemas in Germany and Switzerland in December this year.

His wife Corinna, who has rarely spoken in public about the condition of her husband and is believed to be responsible for guarding the secrecy of Schumacher’s health, is expected to be among those interviewed in the documentary.

His father Rolf, 73, is also set to appear but Schumacher himself is not expected to be in the film. A trailer for the movie will be shown at the Cannes film festival which begins this week.

Schumacher turned 50 on 3 January but has not been seen in public since a skiing accident in the French Alps five years ago which left him with severe head injuries and in a medically-induced coma.

The film is in post-production, with international rights sales to be launched at the Marche du Film, a business event held in parallel to the cinema showcase on the French Riviera that kicks off on May 14.

Schumacher remains motor racing’s most successful driver, with a record 91 grand prix wins. He won his first two titles with Benetton in 1994 and 1995 before five in a row with Ferrari between 2000-2004.

In January his family released a statement saying he was in the “the very best of hands”.

Ecclestone: Schumacher was a leader, Vettel is not