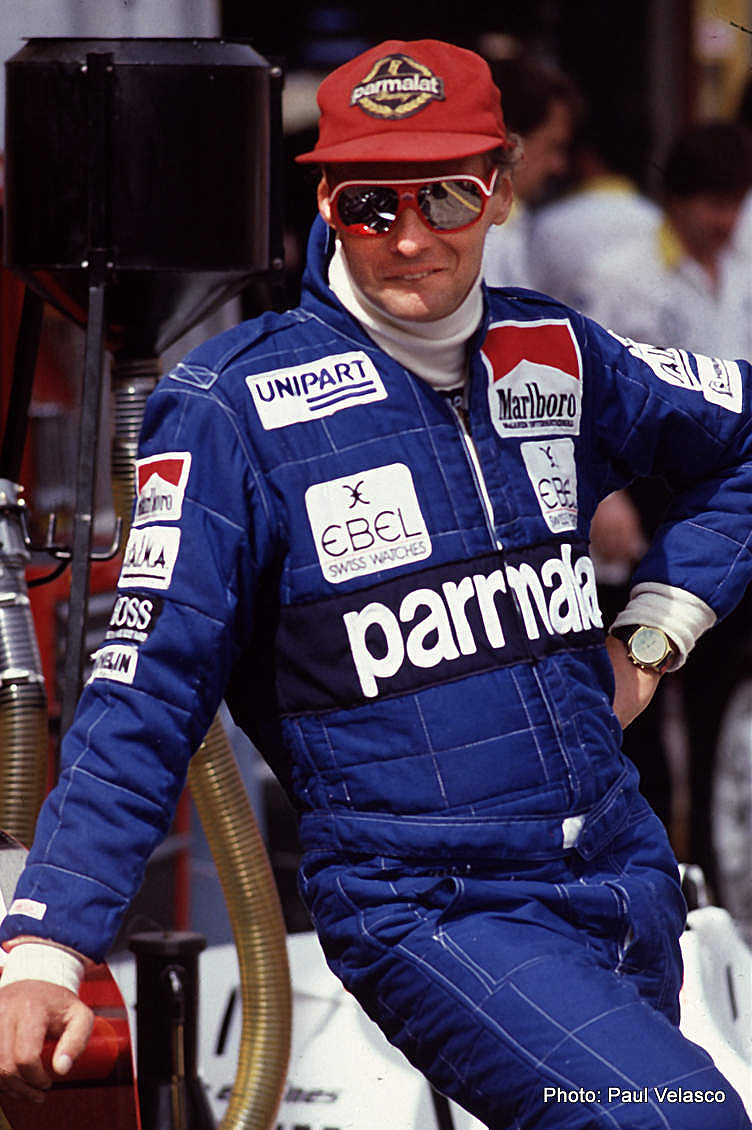 On fire in a burning cockpit: Formula 1 legend Niki Lauda, who died late on Monday at the age of 70, will forever be remembered for his fiery accident at the 1976 German Grand Prix.

But even the horrific crash could not shake the 1975 world champion’s icy determination – he staged a near-miraculous comeback to win two more titles and went on to become a successful entrepreneur, founding his own airlines.

Lauda had taken his maiden Formula One world championship for Ferrari the previous year and was leading the standings when on Aug 1, 1976, his car plunged off the track for never-explained reasons and burst into flames on the notorious 22.8km long Nurburgring.

He was trapped in the burning vehicle for almost a minute before being pulled out by other drivers who stopped to rescue him, risking their lives as their own fireproof racing suits were scorched by the intense heat.

Images of the accident went around the world. Just days earlier, Lauda had said in an interview: “On the Nurburgring, if your car has a problem, you’re 100 per cent dead.”

But six weeks after receiving last rites in his hospital bed, Lauda surprised the world of motorsport by taking part in the Italian Grand Prix at Monza.

Still in bandages after having suffered first- to third-degree burns over his face and hands, and having inhaled searing toxic fumes that damaged his lungs, he finished fourth.

One shocked journalist at the time reported how he had seen Lauda peel blood-soaked bandages from his scalp after the race.

Nevertheless, despite the wounds, he missed only two races that season and still had a three-point lead over Britain’s James Hunt at the season-ending Japan Grand Prix.

The Austrian retired from the race after two laps in torrential rain saying it was unsafe to continue and Hunt went on to claim his only world title. Perhaps his bravest moment…

The rivalry between the two men – which demonstrated the Austrian’s extraordinary courage and fighting spirit – was portrayed in the 2013 film Rush by American director Ron Howard.

The next season, in 1977, Lauda went on to win his second Formula One world championship with Ferrari. He quit F1 at the end of 1979 to pursue his second passion, civil aviation.

But he came back to the race circuit in 1982, this time with McLaren, with whom he won his last world champion title in 1984.

Taking a break as a F1 driver had given him time to found Lauda Air in 1979, which he sold at a profit to Austrian Airlines in 2002.

In 2004, he went on to create the profitable low-cost carrier Niki, selling it to Germany’s Air Berlin in 2011.

After Air Berlin went defunct, he won back the airline in January 2018, edging out IAG, owner of British Airways, and Ryanair. He renamed it LaudaMotion, but then in another twist sold a majority stake in it to Ryanair two months later.

Lauda, who also ran private business jets, suffered catastrophe in aviation on May 26, 1991, when a Lauda Air Boeing 767 crashed in Thailand on its way from Bangkok to Vienna, killing all 223 people aboard.

Recognisable by the trademark red cap which hid scars from his racing accident, Lauda never strayed far from Formula One.

He worked as a television commentator, a consultant for Ferrari in the 1990s and was team principal at the short-lived Jaguar team in the early 2000s.

In 2012, he became Mercedes’ non-executive chairman.

Cocky and self-confident, Lauda was never one to take no for an answer and ruffled more than a few feathers in Formula One, and later in business, with his uncompromising behaviour.

But his expertise, sometimes brutal honesty and drive also won him respect from those who recognised his work ethic, analytical mind and willingness to learn from mistakes.

In an interview with AFP on the sidelines of the Monaco Grand Prix a year ago, Lauda criticised the Halo protection now installed in cockpits, saying it detracted from the sport’s allure of “gladiatorial combat”.

Lauda underwent an emergency lung transplant in a Vienna hospital in August 2 last year after contracting an infection in his lungs, which were still scarred and weakened by the effects of the 1976 accident.

Years before that, Lauda received kidney transplants. When one failed, a second kidney was donated by his then-girlfriend Birgit Wetzinger, a former flight attendant, who he married in 2008.

Besides their twins, a boy and a girl born in 2009, Lauda also had three other sons from previous relationships.

Lauda himself was born as Andreas Nikolaus on Feb 22, 1949, in Vienna into an upper-middle-class family, who did not share his passion for cars.

“A Lauda should be on the economic pages of the newspaper, not the sports pages,” his grandfather used to say.

In 1968, without telling his parents, Lauda took part in – and won – his first race with a Mini Racer he had bought with his grandmother’s help.

Prost: My most splendid and brilliant years were as teammate to Niki