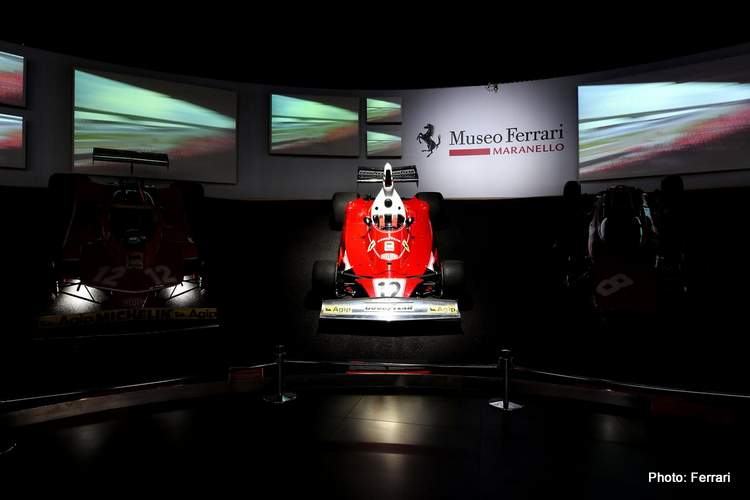 Sharing their memories of Niki Lauda, Formula 1 drivers spoke fondly of the former champion’s straight-talking manner and the “amazing” legacy he left by overcoming a life-threatening crash.

Lauda died on Monday at the age of 70, less than one year after a lung transplant. The Austrian won two of his three F1 titles after coming back from a horrific crash that left him fighting for his life in a burning car at the German Grand Prix in 1976.

He remained an influential figure in F1, and after receiving his lung transplant last August he spoke about how much he appreciated receiving a hand-written letter from Ferrari driver Sebastian Vettel wishing him well.

Speaking at the Monaco Grand Prix on Wednesday, four-time F1 champion Vettel recalled the impression Lauda made on him.

“You don’t come across people like him very often, not just inside Formula One but in general. He was a unique person,” Vettel said. “I feel extremely privileged I had the chance, not just to know him, but to chat with him regularly.”

“His sense of humor was very straight (direct),” Vettel added. “Sometimes you couldn’t tell whether it was a joke or just a statement.”

Lauda won 25 F1 races, secured 25 pole positions and 54 podium finishes as a methodical yet deceptively smooth driver. He won the F1 drivers’ championship in 1975 and 1977 with Ferrari and in 1984 with McLaren.

He remained closely involved with the F1 circuit after retiring as a driver in 1985, in recent years working as a non-executive chairman for Mercedes.

He notably played a key role in persuading British driver Lewis Hamilton to join Mercedes from McLaren in 2013, which proved an overwhelming success. Hamilton has won four of his five F1 titles driving for Mercedes and the Silver Arrows have won every drivers’ and constructors’ championship since 2014.

Hamilton was scheduled to attend Wednesday’s F1 news conference, but was given dispensation by governing body FIA to miss it under the circumstances. Teammate Valtteri Bottas, who joined Mercedes two year ago, attended and spoke of Lauda’s impact at Mercedes.

“He meant a lot to me and every single team member. He was a massive motivation for everyone,” Bottas said. “I’ll never forget many good moments.”

Lauda was known well beyond F1, and even the world of sport itself, after his brush with death 43 years ago.

The Austrian driver was leading the 1976 F1 championship when he almost died crashing at the German Grand Prix’s treacherously tough 14-mile Nuerburgring circuit on Aug 1. He had urged fellow drivers to boycott the race but a vote went against him.

After he lost control at a turn early on, his car burst into flames and he was trapped in the scorching cockpit until four drivers and race stewards helped get out.

But Lauda had suffered third-degree burns to his head and face that left him scarred for life, lost most of his right ear, and inhaled toxic gases that damaged his lungs. His condition was so bad that he received the last rites at the hospital.

But Lauda returned to the circuit 40 days later — having missed just two races — and finished fourth at the Italian GP. He even endured further pain after that race, having to rip off his balaclava as it stuck agonizingly to the blood-stained bandages on his head.

“The legacy he leaves is amazing,” said Renault driver Daniel Ricciardo. “It was astonishing to say the least.”

Williams driver Robert Kubica, who needed seven hours of surgery to save his right hand after a rally accident in 2011, paid his own tribute.

“My hopes were to meet him but unfortunately it won’t happen,” Kubica said. “He wrote a big chapter in this sport, not only as a driver.”