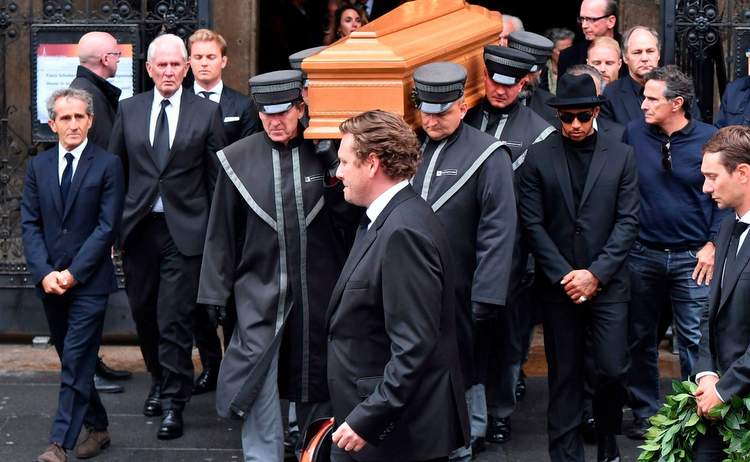 Family, fans and friends have gathered in Vienna for Austrian F1 star Niki Lauda’s memorial. After the service, Lauda will be buried wearing his race overalls. Arnold Schwarzenegger and Gerhard Berger gave eulogies.

The three-time F1 champion died on May 20 at the age of 70 in Zürich, nine months after undergoing a lung transplant.

Lauda’s closed coffin topped with a race helmet is on display in the center of the cathedral until noon local time (10:00 UTC), followed by a public Mass and a private funeral. Lauda will be buried wearing his race suit.

Around 300 VIP guests, including Arnold Schwarzenegger and F1 world champion Lewis Hamilton, will attend Wednesday’s Mass, with space for more than 3,000 attendees open to the general public.

Lauda won the F1 World Drivers’ Championship in 1975, 1977 and 1984. After his second retirement from F1, in 1985, Lauda, remained a prominent figure in the paddock, including his most-recent post as the non-executive chairman of the Mercedes F1 team.

Hamilton won the Monaco Grand Prix on Sunday, wearing an imitation of Lauda’s helmet in tribute, and said after the race that Lauda’s spirit had helped carry him through.

Lauda was instrumental in convincing Hamilton to join Mercedes ready for the 2013 season, at a time when the team was struggling and did not appear a good fit for a top driver. Since major rule changes in 2014, however, the Silver Arrows have dominated, winning every drivers’ and constructors’ championship.

Hamilton has won the drivers’ title in four of the past seasons, and said after his win in Monaco that without Lauda, he might only have the 2008 title to his name.

Lauda had suffered from permanent health problems since a near-fatal crash at Germany’s Nürburgring Nordschleife in 1976. Lauda crashed his Ferrari and was trapped in flaming wreckage for 55 seconds leaving his face permanently scarred and causing massive damage to his lungs.