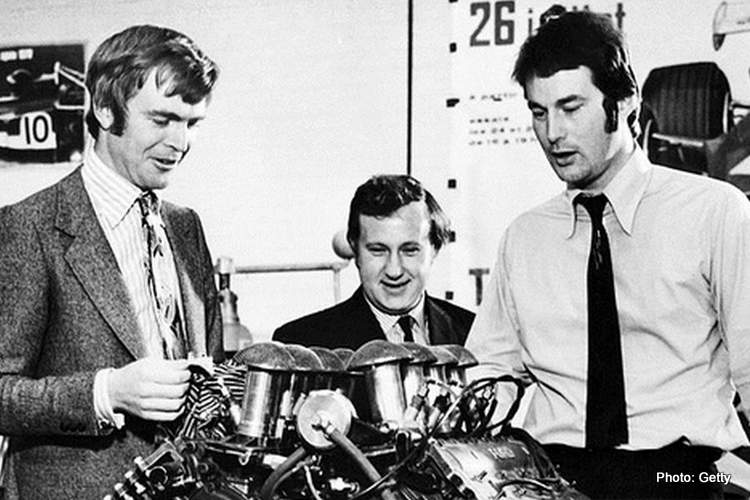 This year has not been kind to Formula 1’s legendary figures with the shock death of veteran Race Director and all-around stalwart Charlie Whiting, last month we were robbed of legend Niki Lauda and now we report the passing of distinguished engineer Robin Herd pictured above (right) with March co-founders Max Mosley (left) and Alan Rees.

McLaren published a heartwarming tribute to a man who was a major influence on the sport at all levels:

Robin Herd CBE, designer of the first McLaren Formula 1 car that made its debut at the 1966 Monaco GP, has died at the age of 80.

Herd was also responsible for the McLaren F1 cars that raced in 1967 and 1968, as well as the hugely successful Can-Am machines of the era.

Herd joined the fledgling organisation in 1965 as Bruce McLaren was preparing to enter Grand Prix racing. In an era when many racing cars were still designed largely via intuition rather than science, Bruce wisely decided to bring in a trained engineer to transfer his ideas into reality.

The man he chose was budding aerospace engineer Herd, a highly-qualified graduate of Oxford University who had been working at the Royal Aircraft Establishment on the Concorde project. Herd had a desire to work in motor racing, and plenty of enthusiasm to back up his ambition.

“I had a great job but I wanted something more challenging,” Herd recalled. “I got a message to phone Bruce. We met that evening, and that was that. McLaren were doing F1, and I was designing racing cars!

“I was only 24, and to be told we’ve got to have this car on the grid at Monaco next year when I hadn’t actually designed anything other than engineering exercises, showed an extraordinary degree of faith or stupidity on his part, and a similar arrogance or stupidity on mine. But I wanted to do it so much I wasn’t going to let anything stand in my way.”

Helped by fellow recruit Gordon Coppuck, Herd pressed on with the design of the first McLaren single-seater, which was known as the M2A. In a nod to his aerospace background, it featured a highly unusual chassis made out of Mallite, an aluminium/balsa sandwich that was used in aircraft cabins.

The prototype was fitted with a 4.5-litre Oldsmobile engine, and it was used as a Firestone tyre test hack. It ran for the first time at Zandvoort in November 1965, where the team even conducted a very early experiment with a rear wing.

The team intended to race with a downsized version of Ford’s IndyCar engine, but there were problems with its development.

“We were optimistic, but we kept hearing about setback after setback,” said Herd. “Eventually one engine arrived in England. We knew it was going to be fairly heavy, but the weight we were quoted bore no resemblance to what it actually weighed. It was like a 10-tonne truck! Nevertheless, we stuck it in the back of the car and went to Goodwood for half a day’s testing before Monaco.

“At least it ran. And it made a lovely noise. That’s probably where most of the power went. Bruce, who’d been there with the Oldsmobile car, came in and said ‘This thing’s got no power, it’s a joke. We actually did consider pulling out of Monaco, but in the end we thought, ‘Let’s go for it.’”

Herd joined mechanics John Muller and Howden Ganley for the trip down to Monaco in a Ford Fairlane Station Wagon, towing the new F1 car behind it.

“It took two days to get down there,” says Herd. “We parked in Casino Square. The whole thing was quite funny, an entire F1 team was stuck on the back of a trailer.”

The lack of power from the Ford and its narrow rev range left the team with some work to do. McLaren was nearly three seconds off Jim Clark’s pole, but six of the 16 entrants were behind him on the grid. He jumped up to sixth place at the start, but after just 10 laps an oil leak, caused when a line came adrift, sent him into the pits.

The consensus was that the Ford V8 wasn’t up to the job, and a replacement had to be found. The team tried an Italian Serenissima V8 for a few races, but that was hardly any better, so later the Ford was given a second chance, and Bruce managed to finish fifth at Watkins Glen.

McLaren’s engine options for 1967 were limited, but Bruce decided to go with a BRM V12. Herd set to work on designing a new car – to be called the M5A – but it was soon clear that the new engine would not be available for the start of the season. As a stop-gap, the team instead created the M4B, a development of its F2 car with a 2.1-litre BRM V8.

Having missed the opening race in South Africa, Bruce duly drove it in the Race of Champions and then the second race of the world championship season in Monaco where, despite a pit-stop, he finished fourth. However next time out in Holland he crashed, and the M4B was badly damaged.

By August the new BRM engine had arrived and was fitted into the M5A chassis, which had been waiting unused since the start of the year. Unlike the upgraded M4B, the car had been designed by Herd as a pukka F1 machine, with no compromises in its systems and layout. It was designed with simplicity and ease of maintenance very much in mind.

In Canada, Bruce qualified a promising sixth, but in the race the lack of running proved a handicap. He had an early spin in the wet, but he fought back to second place, behind Denny Hulme’s Brabham. He looked set to catch his fellow Kiwi and take the lead when the new car began to suffer a misfire, leading to a pit-stop that dropped him to an eventual seventh.

Bruce enjoyed another strong race at Monza and was challenging the Honda of John Surtees for the lead when he had an engine failure, while he also hit gremlins in the USA and Mexico.

The M5A might not have scored points, but it helped to put the McLaren team on the map, giving everyone the confidence that they could get the job done. And crucially Bruce was able to use his Ford connections to land a supply of the new DFV V8 engine for 1968.

The DFV was warmly welcomed by the McLaren design team of Herd and Coppuck. There were to be no more compromises with heavy or underpowered engines. The DFV was a car designer’s dream. However, Herd left the team having designed the M7A chassis.

Subsequently, the papaya-hued car, with Coppuck overseeing its development, scored McLaren’s first GP win in Bruce’s hands at Spa in June 1968. McLaren’s team mate Hulme would go on to win two more races, and the team finished second in the world championship.

Herd meanwhile designed a prototype Cosworth F1 car, which never raced. Then in 1969, he teamed up with Max Mosley and others to create March Engineering. Initially, they created an F3 car that was raced by Ronnie Peterson and James Hunt before announcing bold plans to move into F1 in 1970 – and incredibly there would be five works and customer cars, including two run by Ken Tyrrell, on the grid.

Herd’s March marque would be a rival to McLaren on the Grand Prix grids until the early 1980s, and the works team would win two races. After a short break Herd would return to F1 with the Leyton House team. Meanwhile, over two decades March was also hugely successful in many other categories, notably Formula 2 and Formula 3, and it also made a huge impact in IndyCar racing.

Herd left motorsport in the 1990s, focussing on other business interests, including his chairmanship of Oxford United football team.

Our thoughts and condolences are with Robin’s family and friends.