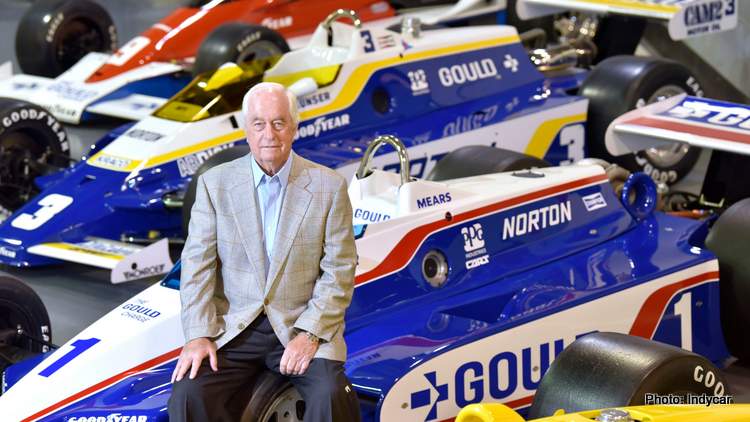 Happy Birthday to The Captain, Roger Penske born today in 1937, making the owner of one of the sport’s most formidable racing organisations and the Indianapolis Motor Speedway.

Penske is the owner of the automobile racing team Penske Racing, the Penske Corporation, and other automotive-related businesses as well as the home of the Indy 500.

The 82-years-old grew up in Cleveland, Ohio and was a keen American Football player until he was seriously hurt when hit by a car while riding a motorcycle when he was 16. Penske was mad about cars and after high school went to work in a gas station and began following midget racing at Sportsman Park, Cleveland.

Penske ran a F1 programme from 1974 to 1976, winning one race with John Watson who replaced Penske’s lifelong mate Mark Donohue who was killed during practice for the 1975 Austrian Grand Prix.

Also born on this day, Steve Nichols, an American engineer best known as a car designer for many F1 teams; MacLaren, Sauber, and Ferrari from the mid-1980s until 2001.

Politics were in full swing in 2003, when Ron Dennis accused the FIA of dictatorial behaviour after it banned refuelling and set-up changes between qualifying and the race as well as putting an end to teams changing settings remotely while the car is on track.

Dennis said at the time: “The FIA is trying to ‘dumb down’ F1.” In the end, 2003 turned out to be one of the most competitive seasons in years and the rule changes, as well as some more dramatic ones since still stand today.

On this day in 2005, Flavio Briatore defended Kimi Raikkonen’s drunken exploits in a London lap-dancing club, saying the Finn was like a “breath of fresh air” for F1.

Raikkonen received wide criticism for exposing himself in the club, but Briatore reckoned it was good to see drivers with a bit of an edge in the sport, “If Raikkonen was my driver and he went to a club for a drink and some fun, I would have no problem with that.”