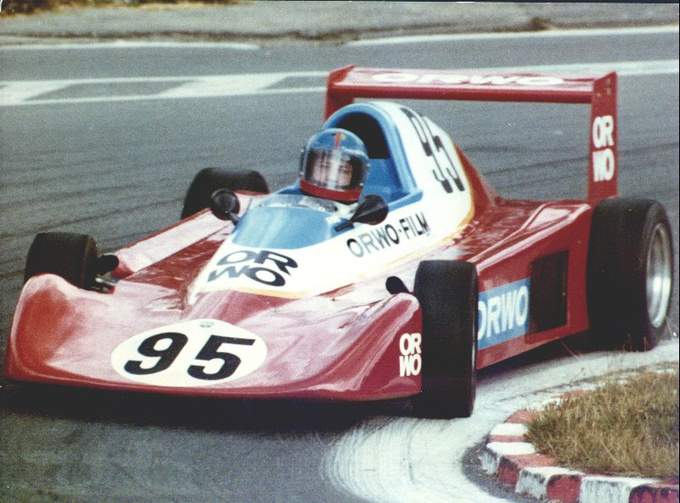 Have you ever heard of Formula Easter? Probably not – most people haven’t. Formula Easter was Russia’s very own racing series –- and no, we’re talking about the good old USS of R – CCCP, Communist Cold War Russia.

Yes, they actually did race cars behind the Iron Curtain and there were also and are many petrolheads in the country!

Going back in history, the Cold War came about in a sort of a rift between the Eastern Bloc and the Western World. In his famous 1946 ‘Sinews of Peace’ speech, Winston Churchill talked of Moscow drawing an Iron Curtain as Russia secluded itself from the West when the Union of Soviet Socialist Republics strengthened ties with the Balkans East Germany, the Baltic states, Poland, and Czechoslovakia to commence a 45-year nuclear-fired game of chess with the West.

They closed ranks, communism ruled and from the outside, it certainly seemed that life behind the Iron Curtain was dire. Yet even under these conditions, the Soviet aficionados still found time to race cars…

Allegedly much like Formula 1, the premier Union of Soviet Socialist Race Series was known as Formula Easter. The ‘much like F1’ bit probably referred to the cars they raced being open-wheel open-cockpit single-seaters. Like F1, you know…?

Although never officially sanctioned, the FIA did acknowledge Formula Easter, which communist rules called for most basic aerodynamics. Citizens of the Union were encouraged to craft parts from scratch, Which meant that all materials used to build the cars had to be sourced from within the Bloc’s Soviet Union-run Council for Mutual Economic Assistance and Trade Group, or COMECN member states across the globe, including Cuba and Vietnam.

Funded teams could go straight to manufactures like Estonia and Metalex to buy a race-ready Formula Easter car, but others chose to engineer their own creations, which often took up to four years to complete.

Now Russia and its Allies never quite had 500-horse Cosworth DFVs or racing Hewland ‘boxes to pluck off the shelf, let alone specialist engineering companies to forge racing rims, fabricate wishbones or craft monocoque chassis, so they had to make do with what they had. The rules called for engines of 1300cc maximum displacement, which soon singled Lada’s 75 brake horsepower 21011 lump out as the natural choice, but tuners soon tinkered them up to a stout 110 horses.

Like the engine, other Formula Easter components were also ripped from hapless street machinery – running gear plucked from derelict East German Barkas minivans and suitably adapted soon became the staple communist racing suspension, while Trabant steering columns and Lada brakes were state of the Russian racing art. The main challenge however came when socialist racers sought tyres from within that COMECN web. But they clearly made it work.

In spite of its relative simplicity, Formula Easter apparently proved a most popular national category across the Eastern Bloc, with the Bloc-wide ‘Peace and Friendship Cup’ considered the jewel in its crown as a Formula 1 World Championship. Well, sort of. Formula Easter information and race reports remain scarce, but they say that the Cup toured as a championship racing at Brno, the Hungaroring, Sachsenring, Autodrom Most and other communist-era circuits.

Of course, once the Wall had fallen, Russian Vitaly Petrov really was racing Formula 1 by 2010 and Daniil Kvyat is a regular these days, but Formula Easter did deliver a little racing fruit West in its time. One refugee was multiple Hungarian karting champion Csaba Kesjár, who stepped up to win his national Formula Easter championship in his 1983 rookie season.

Csaba went on to win the Albanian Peace and Friendship Cup ‘Grand Prix’ aboard a Metalex MTX 1-06, before a 1986 Austrian Formula Ford foray earned him the opportunity to drive a Zakspeed F1 car. That test following the Hungarian Grand Prix lasted only three demonstration laps and he was only allowed to use the first three gears. The Hungarian enjoyed a successful ‘88 Formula 3 foray, but Csaba Kesjár tragically died in a Norisring practice accident.

The early 90s collapse of the USSR soon also drew a final iron curtain on Formula Easter, although it is said that many of its cars were revamped to compete in regional Formula Vee and Formula Ford races.

So, there you have it – they did race cars in communist Russia and the Soviet Union.

How’s that for a Happy Easter surprise, Formula Easter trivia?