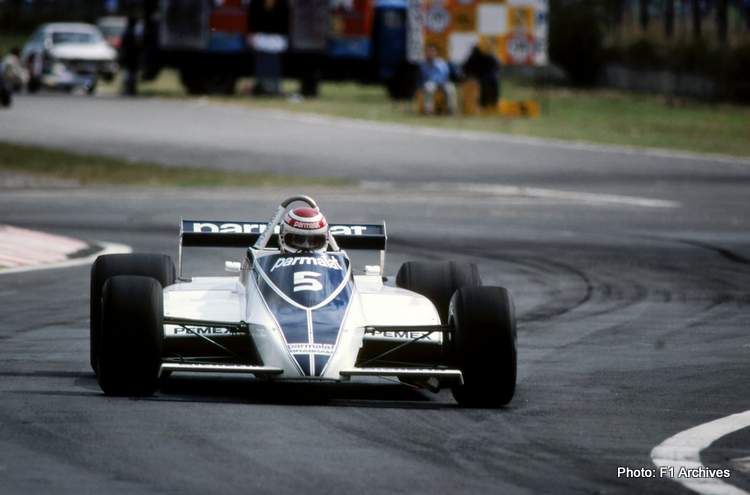 Six years later, Nigel Mansell drove his Williams FW11B to his first of two San Marino Grand Prix wins from Ayrton Senna’s Lotus 99T Renault and Michele Alboreto’s Ferrari, to move into a single point title lead over McLaren driver Alain Prost. Mansell was back in front at the so called 1992 Grand Prix of the Olympic Games at Barcelona in his Williams-Renault FW14B from Michael Schumacher’s Benetton-Ford and Jean Alesi’s Ferrari

3 May was also the traditional date fort Japan’s JAF Grand Prix at Mount Fuji, where Colt Mitsubishi drivers
Osamu Mochizuki, Sohei Kato and Kuniomi Nagamatsu won in 1967, ‘68 and ’71 respectively, while none other than Jackie Stewart won in a Brabham Ford-Cosworth in 1970. More recently, Adam Carroll scored a British A1 Grand Prix of Nations double win for Team Ireland in 2009.

World Sportscar highlights over the years include Bartolomeo Costantini’s Bugatti 35 winning the 1925 Targa Florio, which Brian Redman and Jo Siffert’s Porsche 908 followed with a 1970 victory in the great Sicilian road race. More recently Sebastien Buemi, Anthony Davidson and Nicolas Lapierre’s Toyota TS040 won the 2014 Spa 1000, while notable US winners on this day include Klaus Ludwig in IMSA at Laguna Seca ‘87 in a Porsche 962 and JC France and Hurley Haywood’s at Phoenix 2003 in a Fabcar-Porsche.

Off the beaten track, Bruno Saby won the 1986 WRC rally Corsica in a Peugeot 205 Turbo and Petter Solberg steered his Citroen DS3 to 2016 German World Rallycross honours at Hockenheim on the day that the Mercedes-Benz Gullwing made its race debut on the 1952 Mille Miglia.

Also on this day, Dr. Havranek and mechanic Frantisek Skopal both died after a crash in practice for Prague’s 1927 Zbraslav Jíloviste hillclimb and engineer Harry A Miller, whose cars were legend in US racing and who’s many patents helped shape the racing and motoring world died aged 67 in 1943.