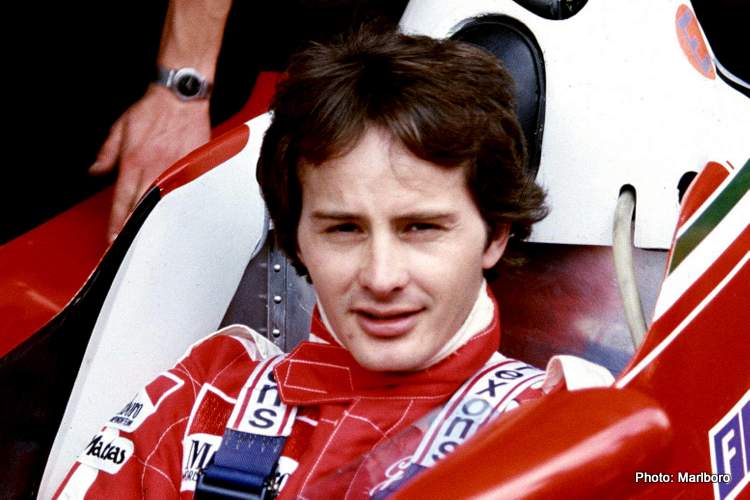 Yet another tragic day in racing when, in 1982, Gilles Villeneuve died aged 32 following a high-speed accident in qualifying for the Belgian Grand Prix at Zolder.

In other Grands Prix on this day, Mario Andretti’s Lotus-Cosworth won in Spain in 1977 Spanish Grand Prix from Carlos Reutemann’s Ferrari and Jody Scheckter in a Wolf Cosworth, a race Kimi Raikkonen also won in a McLaren-Mercedes MP4-20 on this day in 2005 from Fernando Alonso’s Renault and Italy Jarno Trulli in a Toyota. Sebastian Vettel won the 2011 Turkish Grand Prix from Red Bull Renault teammate Mark Webber and Nico Rosberg’s Mercedes.

Looking back to the end of the nineteenth century, Ettore Bugatti powered his Prinetti & Stucchi to 1899 Reggio-Parma-Reggio road race victory in Italy and Per-Viktor Widengren won the 1932 Finnish Grand Prix in his Mercedes SSK.

Sportscar highlights on this day include Tazio Nuvolari leading the 1932 Targa Florio from start to finish for Alfa Romeo, which race Jo Bonnier and Hans Herrmann also won in a Porsche 718 RS60 in 1960 and Willie Mairesse and Herbert Muller in a Porsche 906 in ‘66

Off the beaten track, Jean Ragnotti won the 1982 WRC Rally Corsica in a Renault 5 Turbo, Sebastien Loeb the 2011 Rally Sardinia in a Citroen DS3 and Mattias Ekstrom Hockenheim’s 2017 German World Rallycross in an Audi S1