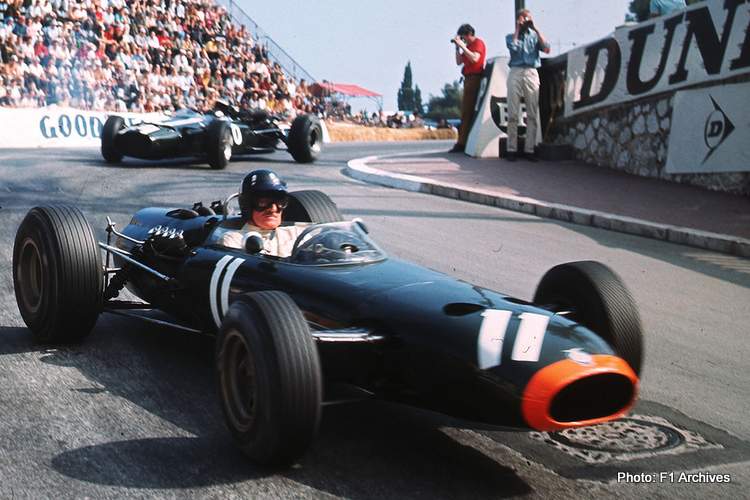 Trevor Taylor was second in a Lotus 24, while reigning World Champion Phil Hill’s Ferrari 156 completed the podium in third. Jackie Stewart led Tyrrell-Cosworth 006 teammate Francois Cevert to a 1973 Belgian Grand Prix 1-2 over Emerson Fittipaldi’s Lotus. The Zolder track was resurfaced a week before the race in the face of a boycott led by Stewart and Emerson Fittipaldi.

Niki Lauda’s McLaren TAG Porsche won the 1984 French Grand Prix from Patrick Tambay in a Renault and Nigel Mansell in a Lotus-Renault. It was the last French GP to race at Dijon, which was considered too short by the FIA as lap times dipped below the minute mark

Umberto Borzacchini won the 1928 Coppa Etna in a Maserati 26B 8C and Willy Longueville’s Bugatti T35B the 1934 Grand Prix des Frontières at Chimay. Nino Farina the 1951 Grand Prix de Paris in a Maserati 4CLT and Willy Mairesse the ‘62 Gran Premio di Napoli at Posipolo in a Ferrari 156, while Sebastien Buemi won the 2017 Formula E Berlin ePrix.

Today is also famous for Enzo Ferrari telling the Ford Motor Company to take a hike on its 1964 takeover bid for his brand, to which an angry Henry Ford II responded by taking the Blue Oval to Le Mans.