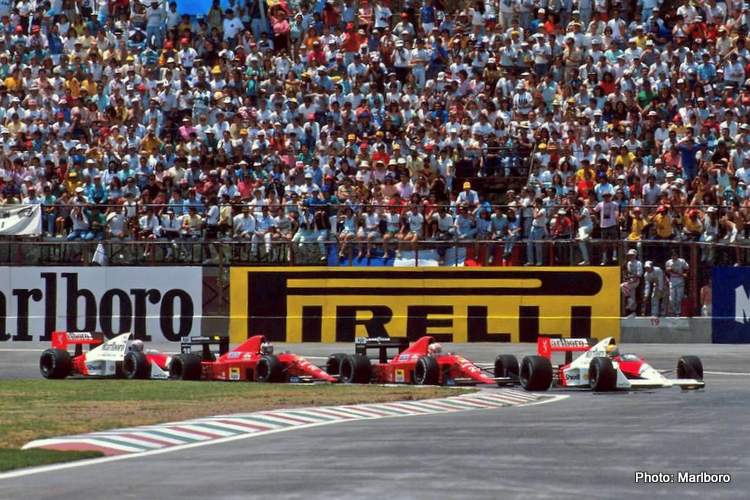 There were four Grands Prix over the years on 28 May, each of them won by a multiple world champion.

The first was the 1989 Mexican Grand Prix that Ayrton Senna won driving a McLaren-Honda from Riccardo Patrese’s Williams-Renault and Michele Alboreto in a Tyrrell-Cosworth. Senna of course won a record six Monaco Grands Prix too, but none on this day, although the men who did took several Monaco wins between them.

Five-time winner Michael Schumacher covered himself in glory with a dominant 1995 Monaco win for Benetton Renault from Damon Hill’s Williams Renault and Gerhard Berger in a Ferrari. Glory was however not quite what Schumacher covered himself in at Monaco in 2006 after he feigned a qualifying accident to try preventing Fernando Alonso from improving on his time. Schumacher’s Ferrari was sent to the back of the grid for his efforts.

Double Monaco winner Alonso went on to win his fourth race of the season from pole that day from Juan Pablo Montoya’s McLaren Mercedes and David Coulthard in a Red Bull Ferrari in that team’s first-ever podium finish. Another double Monaco winner, Sebastian Vettel led a 2017 Ferrari 1-2 over Kimi Raikkonen in Maranello’s first Monaco win since 2001 with Daniel Ricciardo third for Red Bull

There were seven Indianapolis 500s over the years on this day. Gordon Johncock eventually won the rain delayed ’72 race, Indycar legend Al Unser won in 1978 and Formula 1 world champions Emerson Fittipaldi in 1989 and Jacques Villeneuve in ’95, who had to race two extra laps to overcome a penalty for the win. Rookie Juan Pablo Montoya, who would go on to win the 2003 Monaco GP, also won the 2000 500, which Sam Hornish Jr. won in 2006 and Takuma Sato took a famous first win for a Japanese driver in 2017.

There was however racing 121 years before that when Abel Edge won the 1896 Bordeaux-Langon race driving a Peugeot, while Lorenzo Ginori‘s Bolide won the 1900 Bologna road race and over in the US and Ray Harroun’s Marmon won the 1910 Wheeler-Schebler AAA Championship Car Trophy at Indianapolis.

Moving along to sportscar racing, there were three WSC Nürburgring 1000s on this day won by US duo Masten Gregory and Lucky Casner’s Maserati Tipo 61 in 1961, Ronnie Peterson and Tim Schenken in a Ferrari 312 in ’72 and Klaus Ludwig, Hans Heyer and Toine Hezemans’ Porsche 935 in 1978.

Moving over the pond, Lime Rock was the venue for US IMSA racing on this day over the years, where Peter Gregg took the ’79 win in a Porsche 935, Sarel van der Merwe the ’81 victory in a March 83G Porsche, Price Cobb and John Nielsen won in a Jaguar XJR-10 in 1990 and Riley & Scott Ford drivers James Weaver and Butch Leitzinger’s shared the 2001 wins.

In World Rally action, there were two Acropolis rallies over the years won by Harry Kallstrom’s Datsun Violet in 1976 and Bjorn Waldegard’s Ford Escort RS1800 in ’77. Petter Solberg meanwhile won the 2018 British World Rallycross round at Lydden in his Volkswagen Polo.