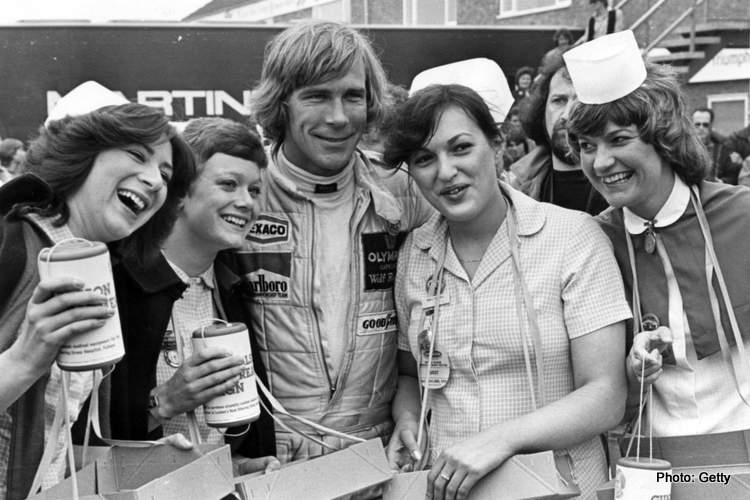 Here’s one that not even among the most ardent race fans will know. Did you know that James Hunt ended up second in his last ever Formula 1 appearance two weeks after his final grand Prix at Monaco?

And that Nelson Piquet raced the Brabham BT46B fan car about a year after it was outlawed from F1? Or that both of those events happened today, June 3 1979?

Both Hunt (pictured above that weekend at Donington and the BT46B had their final competitive outings at the Gunnar Nilsson Memorial Trophy fundraiser at the venue, whose proceeds went to the late Swedish F1 winner’s Cancer Foundation following his untimely death from the disease.

Although he did not want to compete, Hunt was an instigator of the Nilsson Fund and held back on announcing his retirement until after the event, as he felt he had a moral obligation to compete. So while Hunt’s imminent departure was not yet known, the surprise entry had to be Brabham’s outlawed BT46B fan car.

Niki Lauda failed to show up, but Piquet had just beaten Jones and Andretti in the BMW Procar support race and agreed to drive the car.

MotorSport called the event Donington’s first Grand Prix in 40 years, even though it was merely a speed trial. The entry included Rupert Keegan in an Arrows A1, Alan Jones in a Williams FW07/03, Mario Andretti in a Lotus 79, Hunt in his Wolf WR8 and Piquet in the Brabham-Alfa vacuum cleaner.

The cars went out for timed practice in the morning to establish starting positions for the main event, which commenced in reverse order. Alan Jones turned the fastest 1:01.37s lap at 234km/h with Hunt second at 1:02.54s from Andretti and Piquet, all of them well below Brian Henton’s lap record of 1:04.91s in a works March F2 the previous year.

On the day, other attractions in the star-studded line-up included Juan Manuel Fangio driving a Mercedes W125, Jackie Stewart thrashing his Tyrrell 006, Denny Hulme in a Cooper-Climax and Dan Gurney driving the BRM P25 he raced back in 1960, while a young Martin Brundle won the BMW saloon car race.