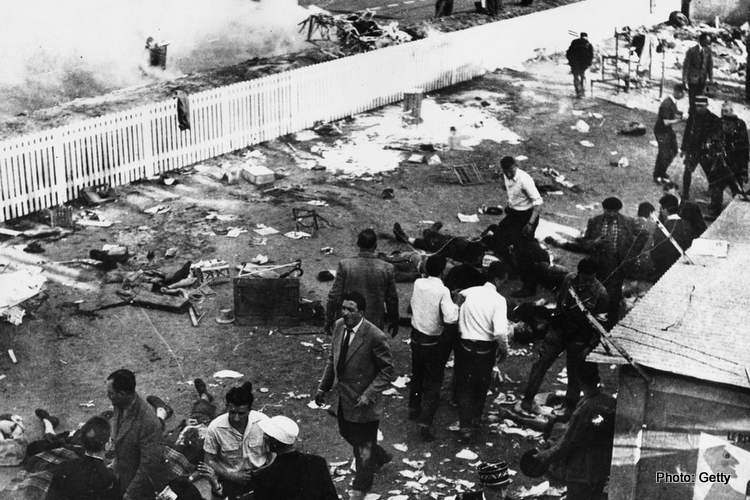 The darkest day in the racing year – perhaps in motorsport history – 11 June 1955 is shadowed by a tragic accident on the 35th lap of that year’s Le Mans 24 Hour that claimed over 80 lives and changed the course of our sport forever.

Lance Macklin lost control of his Austin-Healey trying to avoid his colliding with Mike Hawthorn’s Jaguar as it dived into the pits. The Healey veered off and then back onto the track into the path of Pierre Levegh’s Mercedes-Benz SLR travelling at 250km/h. The cars collided, Levegh’s car struck an earth bank and launched as the magnesium-alloy bodied machine exploded as it somersaulted 80 metres through the crowd. Levegh was among the casualties.

Officials kept the race running, fearing a stampede were the huge crowd to leave en masse and restrict access to emergency crews to save the injured. On orders from Stuttgart, Mercedes pulled its remaining leading cars from the race and went on to withdraw from sports car racing, Formula 1 and motorsport altogether, from which it abstained for another 30 years. Racing was banned in France, Italy and Switzerland until safety standards were addressed later that year, but the Swiss only lifted the ban 52 years later in 2007.

There were several other Le Mans 24 Hours that finished on Sunday 11 June, including in 1961 when Olivier Gendebien and Phil Hill powered their Ferrari 250 Testarossa to victory, before four-time Indy 500 and Daytona 500 winner AJ Foyt and four-time F1 winner and double Indy runner-up Dan Gurney took the 1967 win in a Ford Mk. IV.

Double F1 world champion, five-time Monaco Grand Prix winner and 1966 Indy 500 winner Graham Hill however went all the way to complete the motor racing grand slam when he won the 1972 Le Mans 24 Hour with Henri Pescarolo in the first French win in 22 years aboard a Matra-Simca MS670.

Le Mans was an all-French affair in 1978 when Jean-Pierre Jaussaud and Didier Pironi won in a Renault-Alpine A442. And 34 years after the Le Mans disaster, Jochen Mass, Manuel Reuter and Stanley Dickens’ in Sauber C9 took a comeback win for Mercedes-Benz on the last 24 Hour without chicanes on the Mulsanne Straight in ‘89.

Away from the Le Mans 24 Hour, 11 June has been a very busy day in racing too. In F1, a tearful Jean Alesi won the 1995 Canadian Grand Prix from Rubens Barrichello and Eddie Irvine’s Jordan-Peugeots after Michael Schumacher’s Benetton hit gearbox trouble before the crowd invaded the track to celebrate a long-awaited Ferrari win.

Fernando Alonso broke the Silverstone lap record as he won the 2006 British Grand Prix off of pole position ahead of Michael Schumacher’s Ferrari and Kimi Räikkönen in a McLaren-Mercedes, while Lewis Hamilton won the 2017 Canadian Grand Prix from Mercedes teammate Valtteri Bottas and Daniel Ricciardo’s Red Bull.

It was a day of the champions in Can Am racing, where Denny Hulme won at Mosport Park aboard a McLaren M20 Chevrolet in 1972 and Alan Jones sped to 1978 Mid-Ohio victory in a
Lola T333CS-Chevrolet. Indy racing winners on this day include Robby Gordon in 1995, Tomas Scheckter in 2005 and Dario Franchitti 2011, while Sebastien Buemi won the 2017 Formula Berlin E ePrix .

In the World Rally Championship, Colin McRae won the 2000 Acropolis in a Ford Focus RS and Ott Tanak Sardinia 2017 in a Ford Fiesta RS, on the same day that Johan Kristoffersson took World Rallycross honours at Hell in Volkswagen Polo. That’s in Norway, by the way!