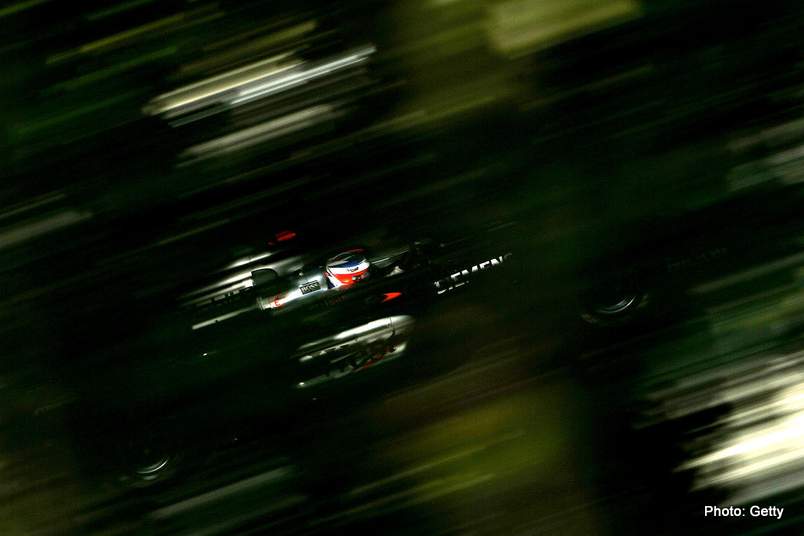 A busy day in Formula 1 and at Le Mans, 12 June saw John Surtees’ Ferrari 312 win a dramatic 1966 Belgian Grand Prix from Jochen Rindt’s Cooper-Maserati and Lorenzo Bandini in the other Ferrari.

The field was decimated in heavy rain, with eight of the 17 cars to start crashing out on the first lap, including Jo Bonnier, who planted his Cooper Maserati through the window into an upstairs bedroom of a trackside house. Jackie Stewart was trapped in a pool of petrol for 25 minutes after his BRM struck a telephone pole and landed up in a ditch, an incident that would spark the future triple champion’s dauntless campaign to transform F1 driver safety.

The rest of today’s Grands Prix were in Canada, where Rene Arnoux won the 1983 Montreal race in a Ferrari 126C2B from Eddie Cheever’s Renault and Patrick Tambay in the other Ferrari. Ayrton Senna took the 1988 race from McLaren MP4/4 Honda teammate Alain Prost and Thierry Boutsen’s Benetton Cosworth, while Michael Schumacher’s Benetton Renault won from Damon Hill’s Williams Renault and Jean Alesi in a Ferrari in 1994

The 2005 Canadian race set a record for being the most watched Grand Prix ever on TV as Kimi Raikkonen’s McLaren-Mercedes beat the Ferraris of Michael Schumacher and Rubens Barrichello. Jenson Button’s McLaren Mercedes rose from on the grid to beat Sebastian Vettel and Mark Webber’s Red Bull Renaults in 2011, while Lewis Hamilton’s Mercedes won from Vettel in a Ferrari and Valtteri Bottas’ Williams-Mercedes in 2016.

Moving on to Le Mans, Mike Hawthorn and Ivor Bueb’s Jaguar D-Type, which was indirectly involved in the Saturday evening’s tragic disaster, went on to win the 1955 race on the Sunday afternoon. Jacky Ickx, Hurley Haywood and Jurgen Barth won the ‘77 24 Hour in a Porsche 936, Johnny Dumfries, Jan Lammers and Andy Wallace took ‘88 honours in a Jaguar XJR-9LM and Marcel Fassler, Andre Lotterer and Benoit Treluyer’s Audi R18 TDI won in ‘11.

In other sportscar races, Tom Klausner’s Schkee DB1-Chevrolet won the 1977 St Jovite Can Am, while Niclas Jonsson and Tracy Krohn’s Riley & Scott Mk. XI-Pontiac took 2005 Watkins Glen Grand-Am honours, both those races of course in the US.

Other major races on this day included Charlie Arnold’s Pope, Bert Dingley in a Chalmers Detroit and Howard Covey’s Cadillac each taking a race win in the first-ever AAA Champ Car races in Portland in 1909, while over in Italy in 1921, Deo Chiribiri took the Circuito di Firenze aboard his eponymous Chiribiri and back in the US, Dave Lewis’ Miller won the ’26 Altoona Champcar race in Pennsylvania.

More recently, Alec Mildren drove his Cooper T51 Maserati to win the 1960 Australian Grand Prix at Lowood, while back in the USA, 12 June Indy racing winners over the years included Mario Andretti in the 1966 Langhorne 100 and Johnny Rutherford in the 1977 Rex Mays Classic, while Tom Sneva won races in 1983, Paul Tracy ’94 and Tony Kanaan in 2004.

Off the beaten track, Thierry Neuville won the 2016 Sardinia World Rally Championship round in a Hyundai i20 on the same day that Andreas Bakkerud won the Hell World Rallycross round in Norway driving a Ford Focus.