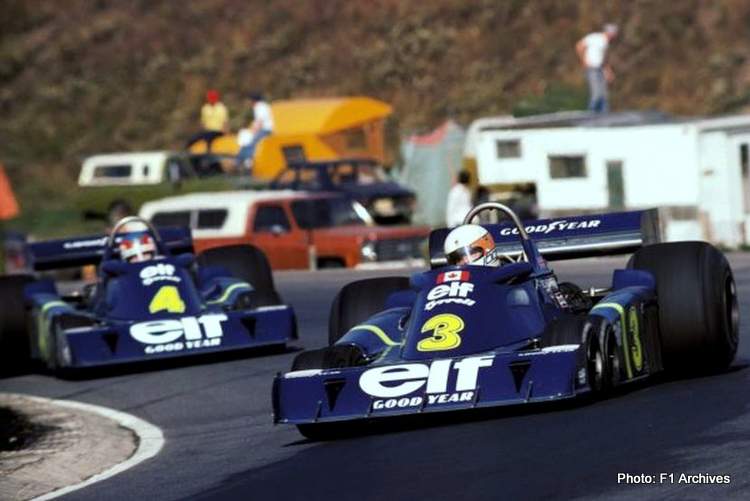 A pretty diverse and interesting day in motor racing history, 13 June was lucky for some, not others…

Jim Clark scored among his most dominant Grand Prix wins in Belgium aboard his Lotus 33 Climax in 1965 as he drove away to lead by a minute and a half by one-third distance, before easing off to cruise to a 45-second victory over Jackie Stewart’s BRM with Bruce McLaren third in a Cooper-Climax.

13 June was also the only day when a car with more than four wheels ever won a Grand Prix, when Jody Scheckter and Patrick Depallier steered their six-wheeled Tyrrell P34 Cosworths to a dominant 1-2 over Niki Lauda’s more conventional Ferrari 312T2 in the 1976 Swedish Grand Prix at Andersdorp.

Nelson Piquet won the first Canadian Grand Prix to race in Montreal in June in 1982 from Brabham-BMW teammate Riccardo Patrese and John Watson’s McLaren Cosworth. Also in Canada 1993, Alain Prost won for Williams Renault after the team botched a pit stop to allow Michael Schumacher through to second for Benetton ahead of Damon Hill in the other Williams.

Mika Häkkinen won the first Grand Prix ever to finish behind the safety car in Canada in 1999 after Heinz-Harald Frentzen suffered a brake failure and had a massive crash. Giancarlo Fisichella ended up second for Benetton from Ferrari’s Eddie Irvine.

Michael Schumacher and Rubens Barrichello scored a Ferrari 1-2 in Canada in 2004 but there was drama behind when Jenson Button’s BAR Honda inherited third after Ralf Schumacher was excluded after both the Williams BMW and Toyota teams were found using illegal brake cooling ducts. Also in Canada, Lewis Hamilton won the 2010 Grand Prix from McLaren Mercedes teammate Button and Fernando Alonso’s Ferrari.

13 June is rich in Le Mans 24-hour history, starting in 1926 when Robert Bloch and Andre Rossignol won in a La Lorraine, before Jose Froilan Gonzalez and Maurice Trintignant steered a Ferrari 375 to 1954 victory and modern-day Red Bull team boss Helmut Marko and Gijs van Lennep drove a record 3315 miles to win the 1971 24 Hours in a Porsche 917K.

Van Lennep was back on top of the Le Mans podium alongside Jacky Ickx in Porsche 936 in 1976, while Yannick Dalmas, Pierluigi Martini and Joachim Winkelhock took an incredible victory in one of the closest-ever fought Le Mans 24 hours in 1999 in a BMW V12 LMR.

Tom Kristensen, Rinaldo Capello and Seiji Ara won the 2004 race in an Audi R8, with the Ingolstadt carmaker back on top when Timo Bernhard, Romain Dumas, Mike Rockenfeller’s turbodiesel R15+ TDI ended up on top in 2010.

In other sportscar racing on this day, Denny Hulme thundered to 1971 Mosport Park Can Am victory in his McLaren M8F-Chevrolet and in 1993, Juan Manuel Fangio II took his Eagle MkIII-Toyota to IMSA victory at Mid-Ohio.

Other major 13 June race winners include Fiat drivers Vincenzo Lancia and Felice Nazzaro winning the first Kaiser Prize Race for Fiat in 1907, while Giuseppe Campari took Alfa Romeo’s maiden racing victory at the first ever race at the Circuit of Mugello this day 1920.

The Le Mans 24 Hour claimed the lives of Tom Cole Jr. in 1953 and driver Jean-Louis Lafosse and race marshal Jean Pierre Mobila in 1981. F1 driver Riccardo Paletti died in a startline of the 1982 Canadian Grand Prix.