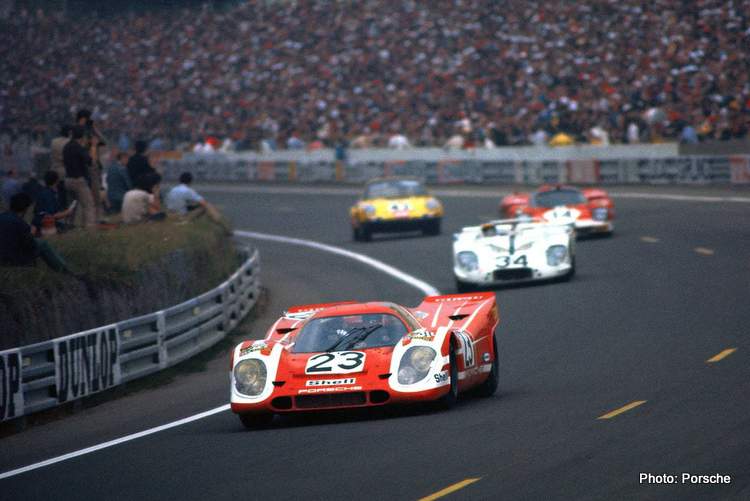 Le Mans dominates racing history on 14 June, but there were also two grand prix over the years on this day.

While Jim Clark made a habit of winning the Belgian Grand Prix at Spa, his 1964 win in a Lotus 25 Climax, was the only of those that could be labelled as fortuitous. Dan Gurney ran dry on the penultimate lap after leading most of the before Graham Hill, who took the lead only stopped shortly after when his BRM engine broke. That left Clark to fight Bruce McLaren’s Cooper off for his third of four Spa wins on the trot, with Jack Brabham third.

It was a similar situation for Gerhard Berger in the Canadian Grand Prix this day ’92, after Nigel Mansell went off while battling for the lead with Berger’s McLaren Honda teammate Ayrton Senna, before Senna suffered engine failure to allow the Austrian to take the win from Michael Schumacher’s Benetton and Jean Alesi’s Ferrari.

Getting back to Le Mans, Sir Henry Birkin and Earl Howe won the 1931 24 Hour driving an Alfa Romeo 8C-2300, while Duncan Hamilton and Tony Rolt led a Jaguar 1-2-4 at the Sarthe epic put down to their running revolutionary disc brakes in the victorious C-types.

More recently, Richard Attwood and Hans Herrmann took Porsche’s first overall Le Mans win driving a 917K in 1970, since when the Stuttgart carmaker has won three of the four 24 Hours run on this day.

In other sportscar race results on this day, Dan Gurney took the 1970 Mosport Can Am in a McLaren M8D-Chevrolet, a race that Teo Fabi also won in a March 817-Chevrolet in ’81. 14 June IMSA winners include Hurley Haywood in a Porsche 911 at Mosport in ‘75 Klaus Ludwig’s Ford Mustang at Brainerd ’82, Juan Manuel Fangio II’s Eagle MkIII-Toyota in New Orleans ‘92 and Elliott Forbes-Robinson and Dorsey Schroeder at Mid-Ohio ‘98.

Enzo Ferrari won the Italian Bobbio Penice Hillclimb with a 2.3 litre Alfa Romeo in one of his last appearances behind the wheel before becoming a team owner in 1931 and in 1936, three hundred thousand race fans turned up to witness Bernd Rosemeyer’s extraordinary ability to ‘see through the fog’ as he defied the odds to drive his Auto Union Type C through the blanket to a remarkable victory in the Nürburgring Eifelrennen.

Over in the US meanwhile, Ralph Mulford’s Frontenac won two and Ralph DePalma’s Packard and Tommy Milton in a Duesenberg one 1919 AAA Champ Car International Sweepstakes heat apiece, while Jimmy Murphy won in Altoona driving a Miller in 1924. Billy Arnold also won that race in a Miller-Hartz in 1930, while Louis Meyer’s Stevens Miller won in Detroit 1931. Staying with Indy racing, Van Johnson won the 1959 Langhorne 100, while Bobby Unser won in 1970 and Bobby Rahal in ’87.