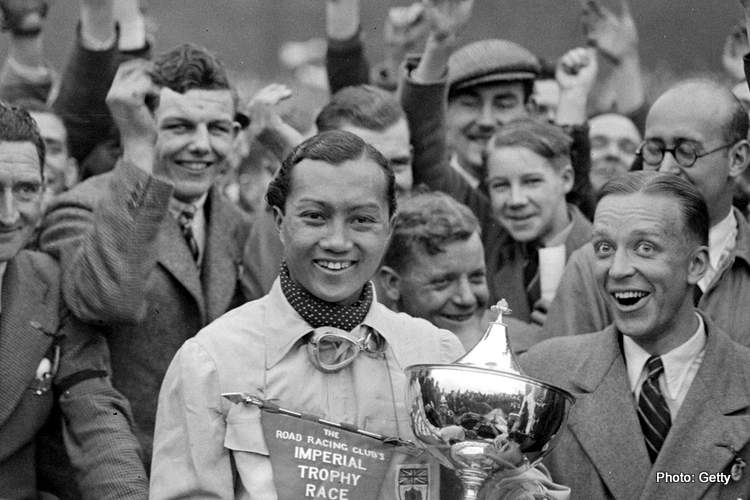 The phrase ‘Racing Royalty’ could be interpreted two different ways. Looking at royalty in a literal sense through the array of drivers affiliated with nobility and beyond, or as racing legends such as Senna and Schumacher and their vast influence on the sport.

This Racing Royalty is very much focussed on the former – and in this particular case, on Prince Birabongse Bhanudej Bhanubandh, or Bira for short. And no, unlike some, Prince was not a stage name. Prince Bira was in fact a Prince of Siam, or modern day Thailand.

At the age of 13, Bira was carted off to Europe to complete his education at the esteemed Eton College in the United Kingdom. His mother’s untimely passing in his youth meant that when his father also passed while Bira was at Eton, the young prince was left an orphan living with his cousin Prince Chula Chakrabongse.

On graduating from Eton, Bira remained uncertain of which direction to take in life and having tried his hand and subsequently dropping out of studying sculpture, the prince turned to motor racing with cousin Chula’s White Mouse team. In the remaining peacetime from 1935 to 1939, Bira raced around Europe, where his results for the most part, flew under the radar.

Bira however won the 1936 Coupe de Prince Rainier in Monte Carlo driving an ERA R5B, before going on to win four more Libre races that season, among which he also piloted a Maserati 8CM to a fifth and third at Donnington and Brooklands respectively.

White Mouse Racing then acquired Dick Seaman’s Delage when the Englishman signed with Mercedes 1937. The princes invested substantially in upgrading the Delage and went as far as buying a second Delage as they hired Lofty England, who later went on to manage the Jaguar team, as manager. That investment however stunted the team’s ERA effort, with race preparation and ultimately, results suffering.

Just before the outbreak of War, Bira joined Raymond Sommer to race an Alfa Romeo 6C 2500SS in the 1939 Le Mans 24 hour, but the duo retired after 173 laps, just two laps short of the 175 they needed to classify as a finisher at 70% of the distance that winners Jean-Pierre Wimille and Pierre Veyron’s Bugatti Type 57C 249 had covered.

Inevitably, war forced motorsport to shut down, much as it is right now, but that would not stop Bira from returning once conflict had subsided and in 1950, the Prince of Siam joined the new Formula 1 Championship driving Enrico Platé’s Maserati 4CLT. Although he retired in the first race in Silverstone, Bira’s first finish came with a fine fifth in round 2 behind Juan Manuel Fangio’s Alfa Romeo, Alberto Ascari in a Ferrari, Louis Chiron’s Maserati and Raymond Sommer’s Ferrari at Monaco, a result that drew universal applause from the racing community.

Like many of its rivals, the team skipped the Indy 500 before returning for the Swiss Grand Prix, where Bira once again impressed with more points in fourth behind eventual world champion Giuseppe Farina and Luigi Fagioli’s Alfa Romeo and Louis Rosier’s Talbot-Lago. His season ended in retirement in Italy, but Prince Bira had done enough to end his and Formula 1’s debut season in a splendid eighth place in the World Championship – an impressive start in F1 considering that the team only entered four the seven rounds, with Bira only finishing two.

Bira entered an OSCA 4500 under his own Ecurie Siam team in 1951, but he only raced in the season finale Spain, but his F1 return to was short-lived with engine woes after just one lap. 1951 however proved a good year for the prince in non-championship races as Bira won Goodwood’s Richmond Trophy against the likes of Stirling Moss, Reg Parnell and Duncan Hamilton.

Bira drove for four different teams between 1952 and 1954, before settling down and buying a Maserati 250F for his own team once again in mid-1954, with which he scored his final points finish with another fourth from sixth on the grid at Reims in France – the highest placed of the Maserati runners. Bira then travelled to New Zealand, where he won the Grand Prix at Ardmore, before retiring from motor racing, when he switched four wheels for none to take up sailing, going on to represent Thailand in the 1956, 1960, 1964 and 1972 Olympic games.

Prince Birabongse Bhanudej Bhanubandh of Siam died after suffering cardiac arrest while commuting at London’s Barons Court tube station on 23 December 1985. His Formula 1 career may have been short lived to an extent, but a later academic study that took the influence of driver and both machine into account and considered his varying and often unexpected successes against the odds, saw Prince Bira ranked as the 43rd best F1 driver in the sport’s history.