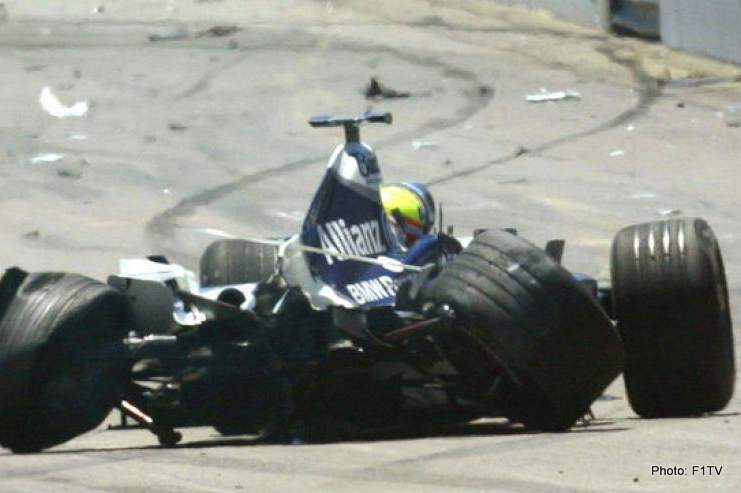 There were three grand prix on this day over the years, all won by Italian machinery.

Juan Manuel Fangio’s Maserati 250F took the 1954 Belgian Grand Prix from Maurice Trintignant’s Ferrari and Stirling Moss in a privately entered Maserati. 24 years later, it was a case of the rain masters to the fore as Jacky Ickx won the 1971 Dutch Grand Prix in a Ferrari 312B2 from Pedro Rodriguez’ BRM and Clay Regazzoni in the other Ferrari.

Michael Schumacher then led a Ferrari 1-2 over Rubens Barrichello and BAR-Honda driver Takuma Sato, who became only the second Japanese driver to achieve a podium finish in a 2004 United States at Indianapolis highlighted by Michelin tyre failures.

Fernando Alonso crashed first before Ralf Schumacher suffered a more serious accident that left him out of racing for three months. The shuts were a prelude to the following year’s USGP farce…

In other sportscar racing, 20 June has been good to Scott Pruett at Grand Am Mid-Ohio round over the years – he won there with Max Papis in a Riley & Scott Lexus in 2004 and twice with Memo Rojas – aboard a Riley-Lexus in ‘09 and in a Riley-BMW the following year.

Elsewhere on this day, Alberto Ancilotto’s Bugatti won the 1926 Circuito di Padova and Tazio Nuvolari the 1937 Milan Grand Prix in an Alfa Romeo 12C-36. In Champ Car, Rex Mays won the Goshen 100 in ’36, Walt Brown in ’48 Jimmy Bryan in 1954 and Jim McElreath ‘65, the same day that John Love won the South African F1 Natal Winter Trophy in his Cooper-Climax. Back in the US, Gil de Ferran won ’99 and Sebastien Bourdais 2004 Indy races.

The FIA – or the Fédération Internationale de l’Automobile, was established in Paris on this day in 1904, the great Luigi Fagioli died aged 54 in 1954 and Three spectators were killed in an accident involving Peter Bolton’s AC at Le Mans in 1964.