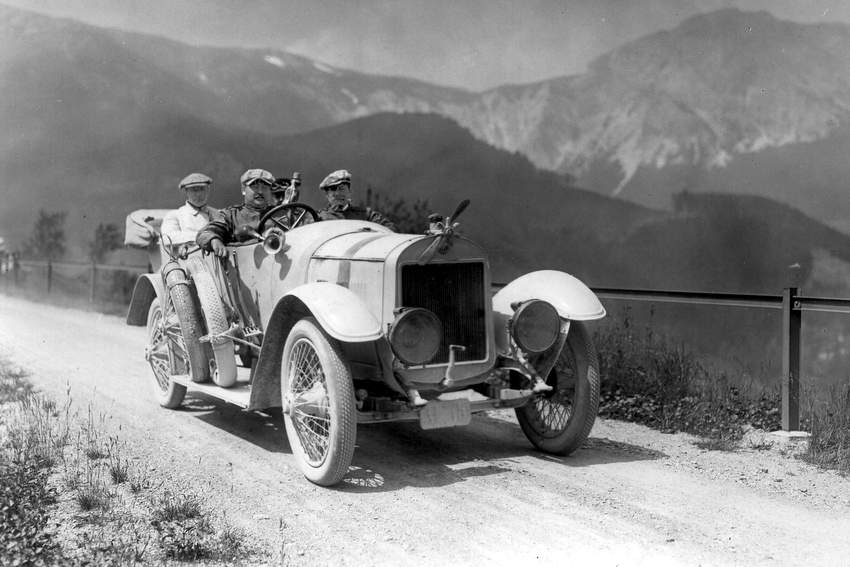 In addition to celebrating the 125 years since the company was founded, Škoda Auto is also marking many other jubilees this year, including the first run of the Austrian Alpine Rally (Österreichische Alpenfahrt) in 1910, which was considered one of the toughest challenges for man and machine at that time.

Laurin & Klement, the founding brand of today’s automobile manufacturer, made its mark in all five runs of the up to 2,932-kilometre-long Alpenfahrt, in part thanks to the phenomenal Count Sascha Kolowrat-Krakowsky at the wheel.

At the beginning of the 20th century, in the pioneering days of the automobile, the Alps, with their unpaved mountain passes and formidable slopes, provided the backdrop for some of the world’s most challenging racing events.

These included the famous mountain stage along the arduous Semmering, which connects Lower Austria to Styria. Laurin & Klement celebrated an outstanding success on the ten-kilometre circuit as early as 20 September 1908, barely three years after the start of car production in Mladá Boleslav; not only did the Bohemian brand win in all three categories they entered with their special racing and touring cars, they took second and third places, too.

However, the Austrian Alpine Rally, which celebrated its premiere on 26 June 1910, would soon prove to be even more challenging.

Starting in Vienna, the route led through Lower Austria and Styria, Carinthia and the Salzburg region. After three days or 867 kilometres, only 14 of the 23 participants arrived back at the starting point. Along the way, they had negotiated steep mountain terrain with many ascents, including the Katschberg Pass.

The team from Mladá Boleslav sent three “Market Touring Cars Laurin & Klement à 20 hp 95 x 130” to the start line – vehicles similar to series-production models with a 20 hp (14.7 kW) engine, whose cylinder had a bore of 95 millimetres and a piston stroke of 130 millimetres. 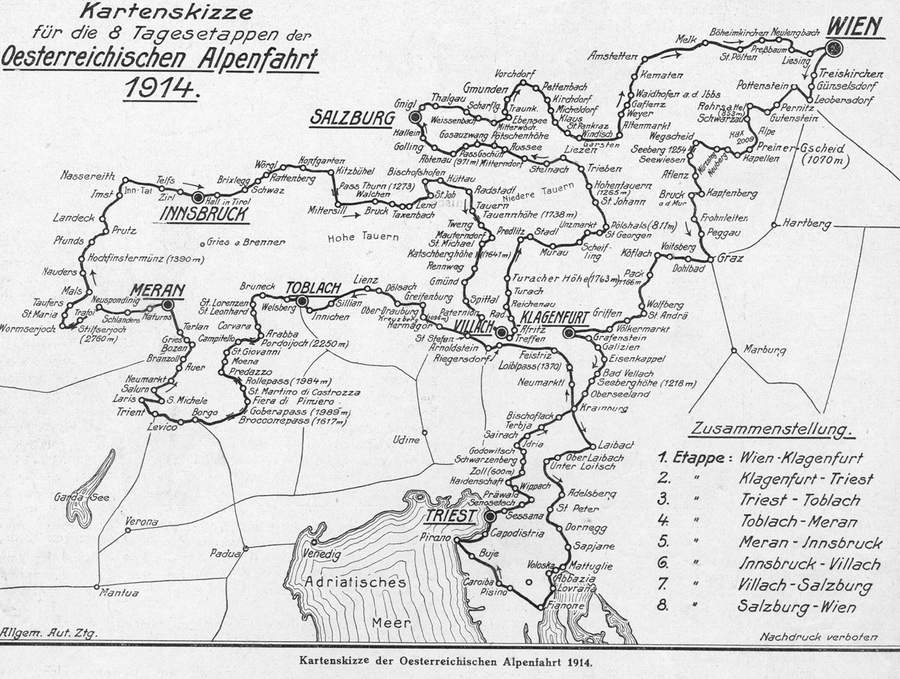 One car was driven by Count Sascha Kolowrat-Krakowsky, a USA-born Czech who, in addition to his passion for motorcycle and car racing, went down in history as the founder of the Austrian film industry and the discoverer of Marlene Dietrich. Count Sascha managed to finish the Alpenfahrt without incurring a single penalty point.

The other two Laurin & Klements, driven by the Croatian Count Paul Drašković and L&K’s chief designer Otto Hieronimus, also reached the finish line. The young car manufacturer had thus won the coveted team classification and took the co-deciding five-kilometre special stage at the gates of Vienna with a fantastic average speed of 104.985 km/h.

The underlying reason for this stage was – based on the speed driven – the organisers could ensure that the vehicles did not have a shorter overall gear ratio, which would have given them an advantage on the many uphill stretches in the mountains.

In 1911, Laurin & Klement naturally returned to defend their title in the Alpine Rally. In the meantime, the route had been extended to over 1,421 kilometres and now included the Loibl Pass with a gradient of up to 30 per cent. The strict rules required that the car engines had to run without stopping during the individual day stages. Penalty points were incurred, among other things, for repairs being made along the way, for driving too slowly or for deviations from the designated route.

A sports commissioner from the Austrian Automobile Club was responsible for ensuring that everything went according to plan in each car, important components and engines retained their official seals, and at the finishes of the stages, all vehicles were parked in a locked, guarded area.

During the night break neither the crews nor mechanics had access to this Parc fermé. 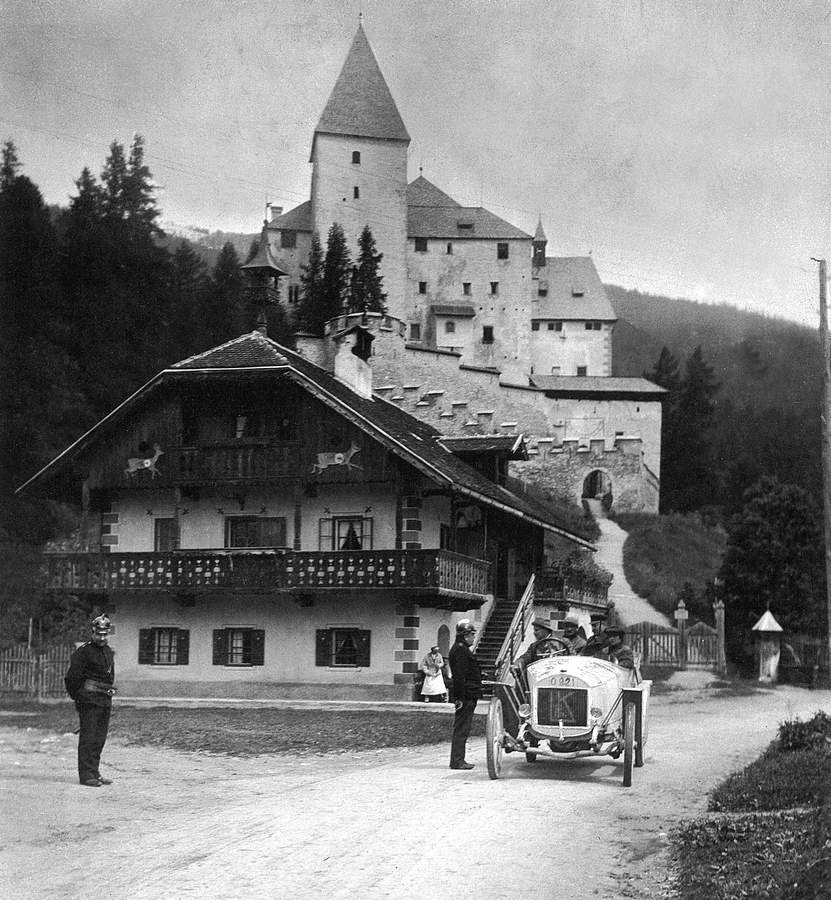 In 1912 Hieronimus again took first place, and the factory team, which also included Kolowrat and Drašković, again did not receive a single penalty point. The 1913 Alpenfahrt comprised seven stages over 2,667 kilometres.

Laurin & Klement sent production cars to the race as usual, while Rolls-Royce, for example, put their faith in the six-cylinder Silver Ghost, which had a special fourspeed gearbox with a shorter overall ratio: the year before the English team was forced to skip the steep climbs. Hieronimus once again won the silver shield; he and Count Sascha made it through without penalty points.

As the last great automobile race of its era before the First World War, the 1914 Alpenfahrt was once again a great spectacle. From 14 to 23 June, 2,932 kilometres and 30 Alpine passes were on the programme. Out of 75 starters, only 50 participants reached the finish line, 19 of whom did not receive penalty points – including Count Sascha.

This made him one of only five racers who had managed this for the third time in a row, qualifying him for the Alpine Challenge Cup. The organisers had to rush to obtain four more trophies in an identical style. Kolowrat-Krakowsky’s trophy can be seen on display today at the Škoda Museum in Mladá Boleslav.

The Bohemian factory team had succeeded in getting at least one car through all five years of the Alpenfahrt without penalty points – a record unmatched by any other manufacturer.

Five days after the end of the fifth Alpine Rally, the shots that triggered the First World War were fired at the Austro-Hungarian Archduke Franz Ferdinand and his wife in Sarajevo. This also marked the end of an era for the Alpenfahrt. It wasn’t until four decades later that ŠKODA could celebrate further successes at this event. 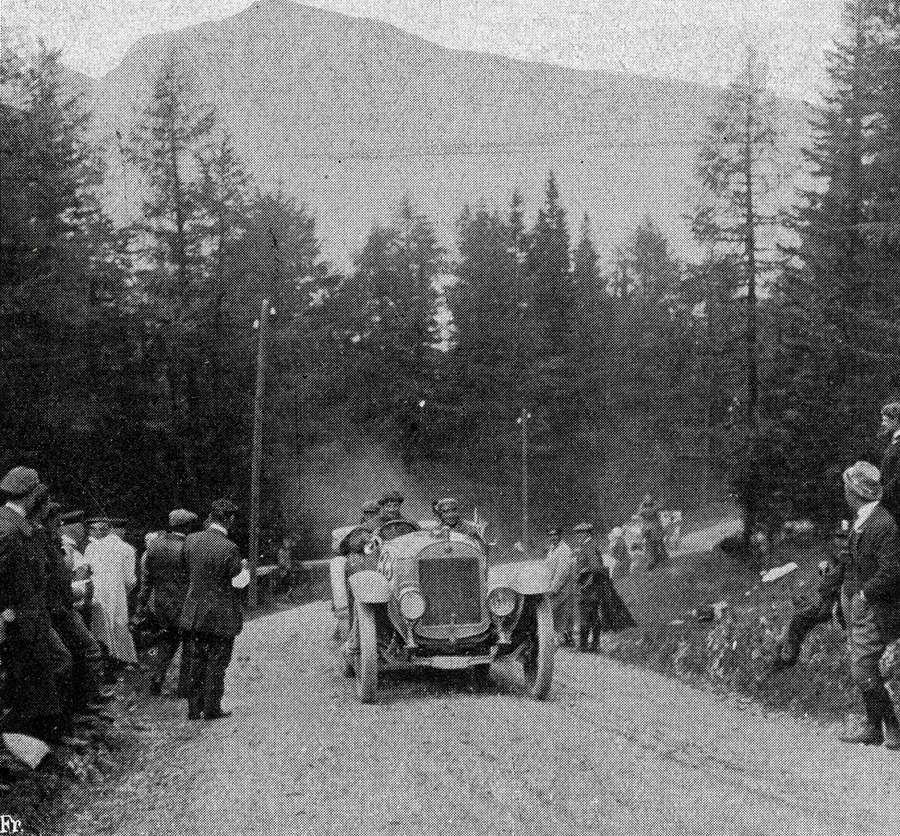 On 17 June 1955, the sports version of the new 440 ‘Spartak’ took the silver and bronze medals in the up to 1300cc class at its international racing debut. Four years later, three Škoda vehicles crossed the finish line without a single penalty point. Another class victory followed in 1968, this time by a new-generation model with rear engine and rear-wheel drive.

ŠKODA impressively demonstrated the performance of its cars with these and similar results, achieved in front of an international audience on the most demanding tracks. This further strengthened the position of the Mladá Boleslav brand on the Austrian market and far beyond. (Source: Škoda)