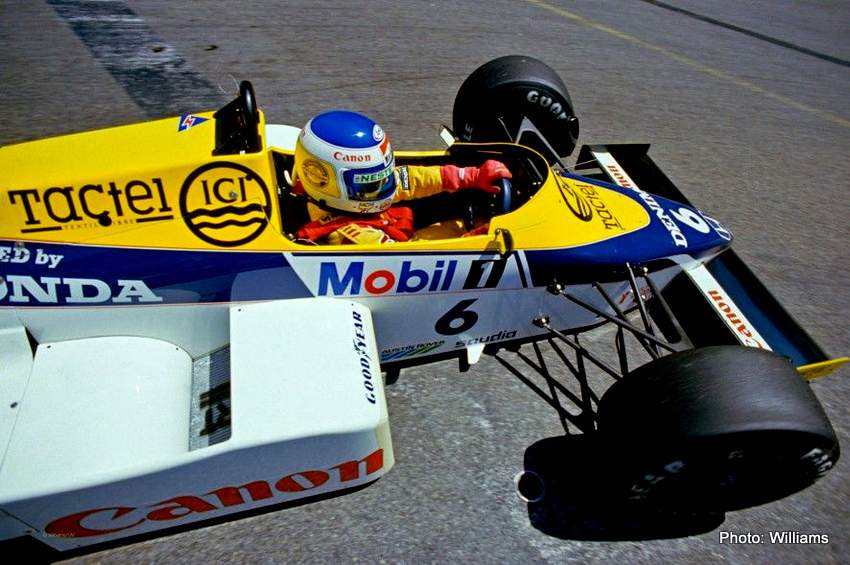 Jim Clark scythed through the field from eighth on the grid to take the lead from Graham Hill 17 laps in before going on to lap the entire field except for Bruce McLaren’s Cooper Climax to win a soaking wet 1963 Dutch Grand Prix.

Keke Rosberg’s Williams FW10 Honda avoided predominant tyre and brake problems to win the 1985 United States Grand Prix in from the Ferrari 156/85s of Stefan Johansson and Michele Alboreto, with Stefan Bellof a fine fourth in a Tyrrell 012 Cosworth.

Rubens Barrichello was the odd man out as he took the 2002 European Grand Prix win from two world champions – Ferrari teammate Michael Schumacher and Kimi Räikkönen’s McLaren-Mercedes at the Nürburgring. Lewis Hamilton restored champions’ honour when he won in France in 2019 from Mercedes teammate Valtteri Bottas and Ferrari’s Charles Leclerc.

There were three Le Mans 24 Hours over the years on this day – Ivor Bueb and Ron Flockhart’s Jaguar D-Type took the 1957 win, but Johnny Herbert, Bertrand Gachot and Volker Weidler’s 1991 victory in a Mazda 787B was doubly unique in that it was both rotary powered and the first win for a Japanese carmaker. Tom Kristensen, Loic Duval and Allan McNish meanwhile took another win for Audi driving an R18 e-tron quattro in 2013.

US Indy racing winners on this day include Jimmy Bryan taking the ‘57 Detroit 100, AJ Foyt winning in 1963, Gordon Johncock in ‘68, Michael Andretti ‘91, Alex Zanardi ‘96, Ryan Hunter-Reay 2012, James Hinchcliffe ‘13 and Alexander Rossi in 2019. US sportscar winners today over the years were Chris Dyson and James Weaver Riley & Scott Ford winning the ‘02 and Jon Fogarty and Alex Gurney Riley-Pontiac 2007 Grand Am Six Hours of the Glen.

Other 23 June milestones include Ralph DePalma’s Mercedes setting a 35 second flying-mile world record on Des Moines Board Speedway in Iowa in 1916 and Opel’s rocket car reaching 290km/h fired by ten 10 rockets in a 1928 run on Germany railroad tracks. The car was destroyed when it jumped the tracks in a 24 rocket attempt the following day.