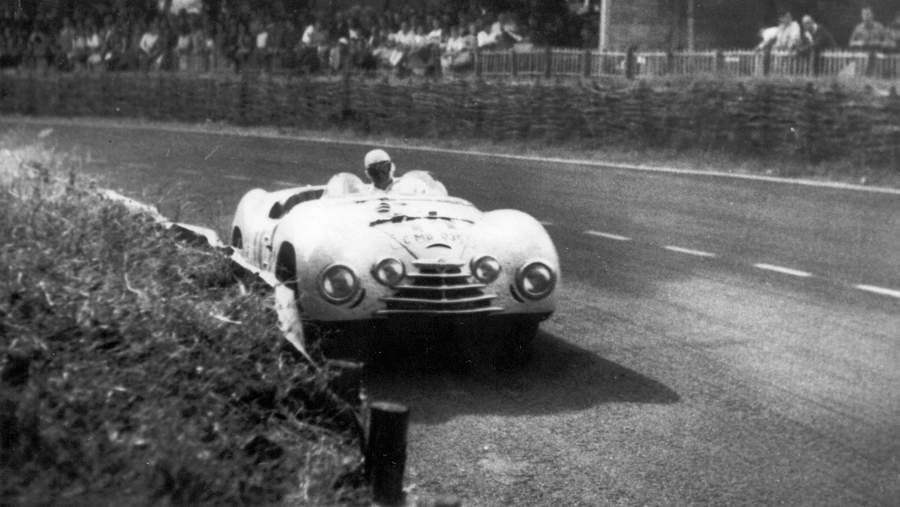 In 1950, Škoda experienced a very special moment in its history: Škoda’s only appearance at the world-famous 24 Hours of Le Mans race.

After the Second World War, Škoda launched a new model series: The 1101/1102 ‘Tudor’ featured a 1,089cc four-cylinder engine and soon enjoyed great popularity in many European countries, as well as markets overseas.

The vehicles, which boasted a robust and modern design for their time, proved their outstanding reliability time and again on rally tracks and long-distance circuit races. In 1948, for example, they won all four categories of the 2,649-kilometre Raid Polski, in which Škoda was represented with its own cars. At the South American Rally Montevideo – Melo – Montevideo, which crossed adventurous terrain, they took first and second place.

But the ‘Tudor’ – whose name is derived from the English ‘two-door’ – also demonstrated its capabilities on traditional circuits. At the 24-hour race in Spa-Francorchamps, Belgium, the three four-seaters with closed bodywork used by Škoda each covered 1,972 kilometres and finished the long-distance challenge in the first three places in their cubic-capacity class.

To underline this success, the Czech trio made pit stops together and crossed the finish line in formation. This gave them the confidence to make even more ambitious plans.

For the 1949 season, the Czech car manufacturer developed a special #racing variant based on the ‘Tudor’: the Škoda Sport. The open two-seater had a wheelbase shortened by 400 millimetres and a particularly flat pontoon body made of light aluminium. 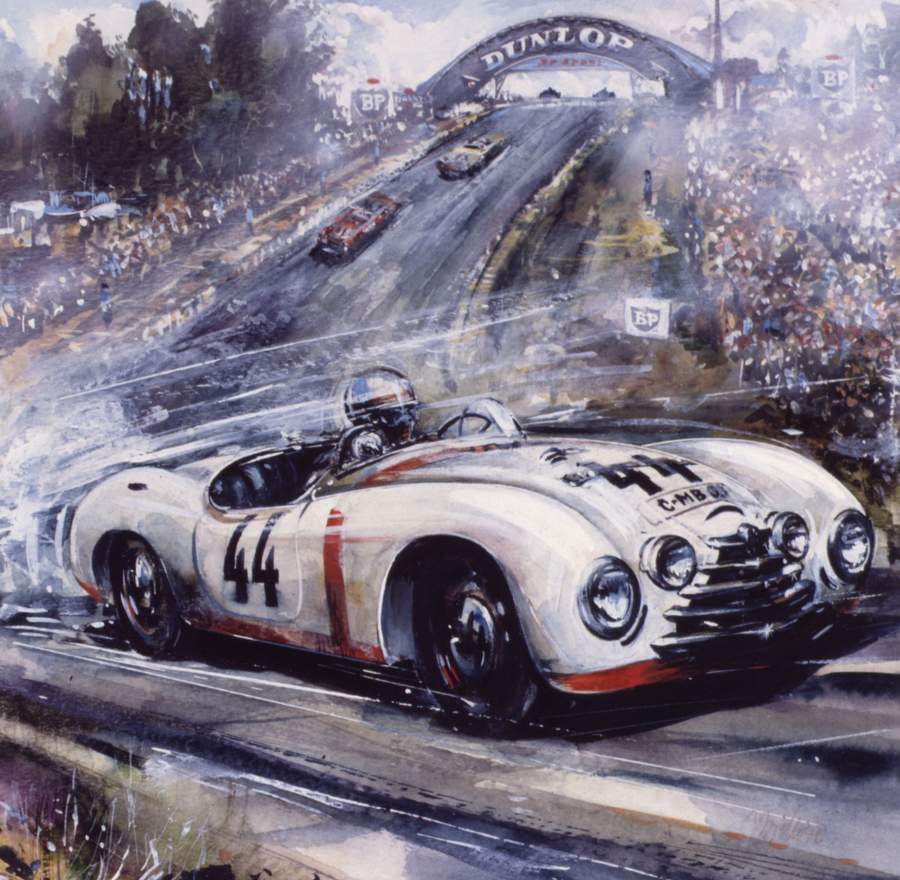 It made its debut at the Czechoslovakian Grand Prix held in Brno. However, the brand had its sights set on another goal – Le Mans, the already world-famous 24-hour race in the French department of Sarthe.

On 24 June 1950, a Saturday, the Škoda factory team finally made it: The enhanced version of the 1101 Sport was positioned diagonally in front of the pit wall of the 13.65km ‘Circuit des 24 Heures’, ready for the Le Mans start at 16.00 hrs, which was still common at that time – the drivers lined up on the opposite side of the track ready to sprint to their #racing cars at the signal, jump in, start the engine and speed off. It was not until 1970 that this practice was abolished for safety reasons.

Václav Bobek and Jaroslav Netušil were behind the wheel for Škoda. Their 600-kilogram light contest vehicle had a wheelbase that was extended to 2,150 millimetres specifically for Le Mans, which improved directional stability, and sickle-shaped air vents were installed next to the main headlights. These directed cooling air to the drum brakes of the front wheels.

Two additional headlights brought light into the dark of the night hours. The rest of the technology was largely based on the standard ‘Tudor’, such as the 12-volt electrical system from PAL and the cross-ply tyres from Barum. The unchanged 1,089cc, water-cooled four-cylinder engine under the low bonnet had, among other things, a slightly higher compression ratio of 8.6:1 and a Solex 40 UAIP carburettor.

This enabled it to deliver 50 hp (37 kW) at 5,200 rpm, an increase of more than 50 per cent over the 32 hp production engine. With the usual fuel of the time – a mixture of petrol, ethanol and acetone – the Škoda Sport reached a top speed of 140 km/h with a consumption of only twelve litres per 100 kilometres.

Fully fuelled and equipped with the tools and spare parts that could only be used during a repair stop, it had an operating weight of 700 kilograms. 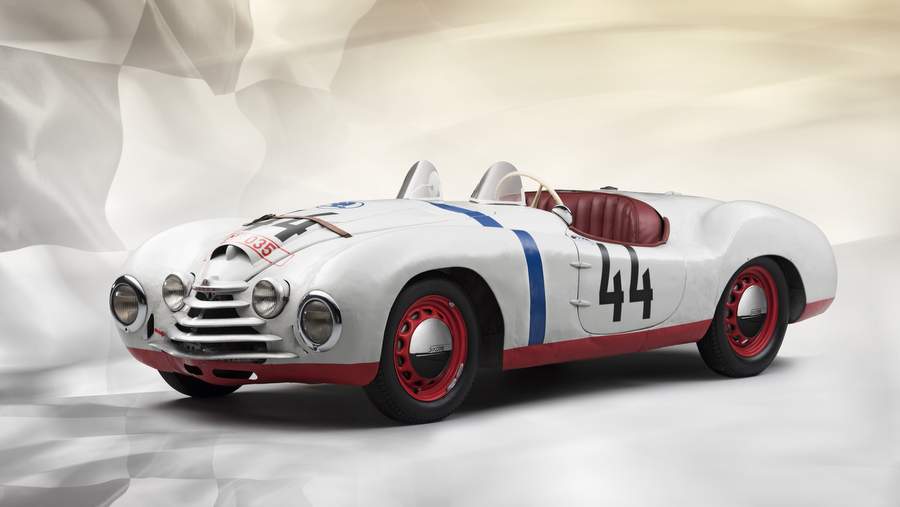 Jaroslav Netušil and Václav Bobek, both Le Mans débutants, gave it their all. With an average speed of 126 km/h, they soon fought their way up to second place in the up to 1,100cc class in the field of 60 contenders in the eleven-car class.

In the performance coefficient special classification, which was still widespread at the time, the duo had meanwhile moved up to fifth place.

However, at dawn, after 13 hard hours on the fast track, the car with the number 44 rolled out on its 115th lap. A technical defect knocked the Škoda Sport out of the race: The locking element of a crankpin had snapped, and it was not possible to repair it on site.

For ŠKODA this was the only Le Mans race in the company’s history. In the years that followed, the brand’s special models were no longer able to participate in the French 24-hour race due to the difficult political situation.

The original Škoda  Sport, which today belongs to a private Czech collection and has been fully restored, should have been back on the track in front of crowds of spectators at the beginning of July to mark the 70th anniversary of its Le Mans debut and Škoda’s 125th anniversary.

However, the Le Mans Classic – held biennially since 2002 for historic #racing cars that participated in the endurance classic before 1979 – had to be postponed to 2021 due to the COVID-19 pandemic.