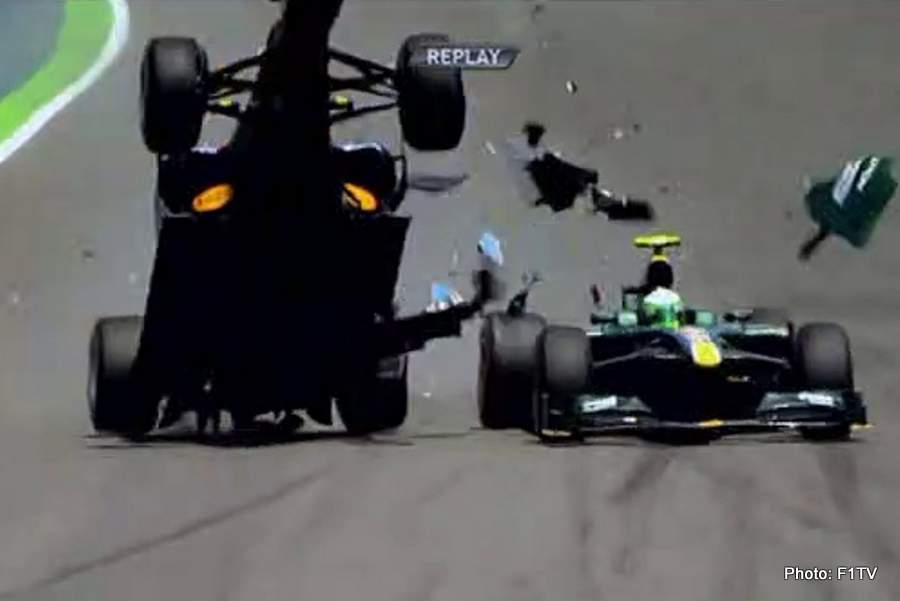 Today in racing history was a busy one on all fronts, not least of all in Formula 1 where Jim Clark continued on his dominant 1965 path when he set the fastest lap on his way to winning the French Grand Prix from flag to flag in his impeccable Lotus 25 Climax.

Clark’s third win in four races was also his second pole-record-win of the season as he left Jackie Stewart’s BRM to fend John Surtees’ Ferrari off for second.

Heinz-Harald Frentzen had to work a little harder to win the 1999 French Grand prix in his Jordan 199 Mugen Honda – the German started fifth on the grid and had to beat world champion Mika Häkkinen to second in his McLaren Mercedes. Rubens Barrichello was third in a Stewart Cosworth.

Sebastian Vettel’s Red Bull RB6 Renault may have had to fend off Lewis Hamilton fighting back after serving a drive through penalty in his McLaren Mercedes with Jenson Button third in the other McLaren in the 2010 European Grand Prix in Valencia, but that race is also remembered for another reason.

Mark Webber suffered an enormous airborne accident when his Red Bull took flight over the back of Heikki Kovalainen’s Lotus, adding to his frightfully similar ’99 Le Mans accident in a Mercedes.

Emanuele Moncini and Christian Pescatori’s Ferrari 333SP took 1999 Enna-Pergusa honours, while over in the ‘States, Jackie Stewart took 1971 St Jovite Can Am honours in a Lola T260-Chevrolet, Patrick Tambay drove his Lola T530-Chevrolet to the 1980 Mosport win and
Al Holbert’s VDS 001-Chevrolet won Can Am at Mid-Ohio in 1982.

Last but not least, there were two World Championship Rallies on this day over the years – Jean-Pierre Nicolas’ Peugeot 504 won in Morocco in 1976 and Sebastien Loeb’s Citroen Xsara Turkey 2004, while 27 June is also Nico Rosberg’s birthday.