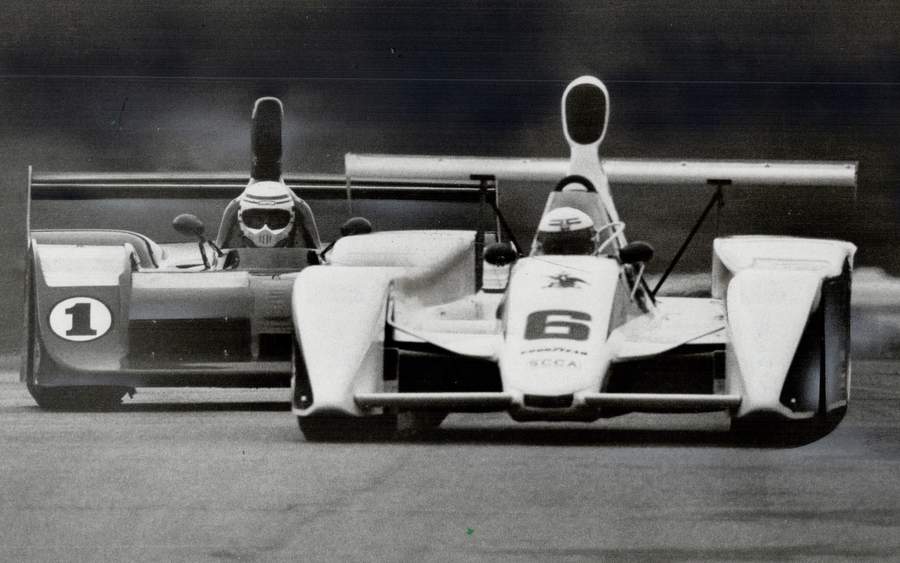 Another busy day in racing at the end of June, there were however only two Formula 1 Grands Prix on this day over the years.

A most resourceful fellow, Gurney went on to develop the Gurney tab, an aerodynamic solution still used universally on the trailing edges of car bodywork and aerofoils, introduced the full-face helmet to racing and built his own and other F1 and other race cars alongside a most impressive racing CV.

So dominant was Antonio Ascari’s Alfa Romeo P2 in the 1925 Belgian Grand Prix, that he could take a leisurely pit stop for a snack and a drink and still return to the track and win at ease at Spa, while Tazio Nuvolari drove and Alfa Romeo 12C-35 to win the 1936 Circuito di Milano at the Parco Sempione.

Sportscar winners on this day include Emilio de Villota and Guy Edwards’s Lola T600-Ford at Enna-Pergusa in 1981 and Mauro Baldi and Jonathan Palmer’s Porsche 962C at Norisring ’87. There were two Can Am winners on 28 June – none other than our ’64 Belgian GP winner on this day, Dan Gurney’s McLaren M8D Chevrolet at St Jovite in 1970 and Teo Fabi’s March 817-Chevrolet (pictured above) at Mid-Ohio in 1981.

We are not finished with Dan Gurney yet today either – moving on to Trans Am in 1992, Juan Manuel Fangio II continued on his dominant way driving Gurney’s Eagle MkIII Toyota at Watkins Glen too. Butch Leitzinger James Weaver’s Riley & Scott Ford won the ’98 Grand Am race in Minnesota, Forest Barber and Terry Borcheller’s Doran JE4 Chevrolet Mid-Ohio ‘03 and Michael Valiante and Richard Westbrook’s Corvette the 2015 Six Hours of the Glen.