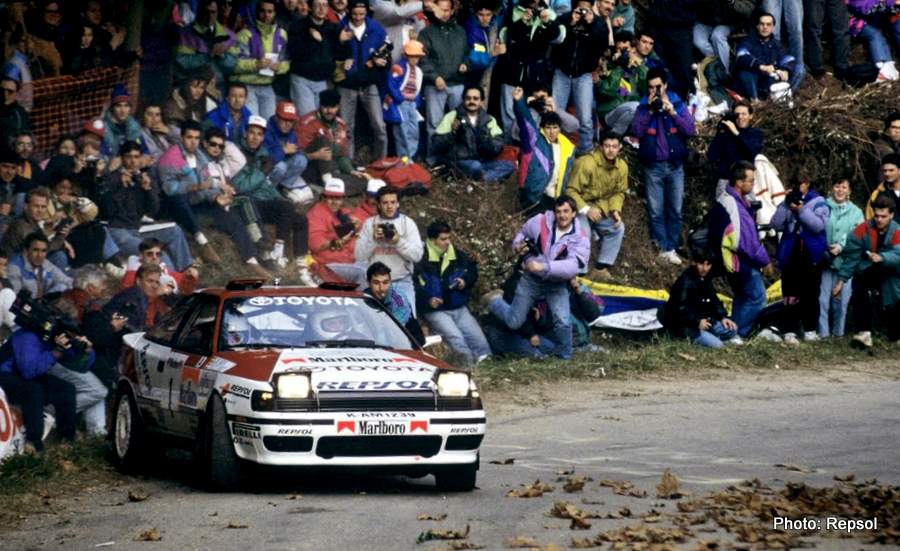 Jim Clark won the French Grand Prix driving a 1.5-litre V8-powered Lotus 25-Climax
Reims on this day in 1963 withTony Maggs was second in a Cooper-Climax, while Graham Hill recovered from starting from the back and incurring a minute penalty for a push start, after his BRM stalled on the grid.

Thirty-three years later, Damon Hill fully made up for his dad’s issues when he won the 1996 French Grand Prix of from Williams-Renault teammate and another second-generation grand prix world champion, Jacques Villeneuve and Jean Alesi’s Benetton after pole man Michael Schumacher’s Ferrari engine failed on the formation lap.

Yet another lad who’d go on to become a second-generation world champion, Nico Rosberg won a 2013 British Grand Prix perhaps better remembered as a tyre failure catastrophe that affected home hero and pole man Lewis Hamilton, among others. Mark Webber was second in a Red Bull ahead of Fernando Alonso’s Ferrari.

And another son of a grand prix racer, Max Verstappen’s Red Bull RB15 controversially barged past Charles Leclerc’s Ferrari to win the 2019 Austrian Grand Prix to take Honda’s first F1 win of the turbo 1600 era. It was the first race of that season not to be won by a Mercedes, but Valtteri Bottas still put his Merc onto a podium third.

Rex Mays won the 1946 US Champ Car Langhorne 100 and in South Africa, Ernie Pieterse won the ‘62 Kyalami Republic Festival in his Lotus Climax and Dave Charlton the ‘74 Bulawayo 100 in his McLaren M23 Cosworth. Back in the US that’ same day, Johnny Rutherford won the Indy Schaefer 500, Al Unser the ’85 Meadowlands CART Grand Prix, while Gil de Ferran took Cleveland ’96, Cristiano da Matta Chicago ’02 and Dario Franchitti ’07.

Moving over to sportscars, Gerard Larrousse and Henri Pescarolo’s Matra-Simca MS670C won the 1974 WSC Osterreichring 1000, and Val Hillebrand and Jan Lammers’ Dome S101-Judd was first home at Magny-Cours in 2002.

Carlos Sainz’ Toyota Celica GT-4 won the only World Rally Championship round to finish on this day in New Zealand 1991, while 30 June is former F1 star Ralf Schumacher’s birthday.

30 June is a sad day in racing, although none of the heroes that died on this day were victims of racing accidents. Alfredo ‘Dino’ Ferrari succumbed to Duchenne muscular dystrophy aged 2 on 1956. His father Enzo named the cars powered by the engine the young engineer was working on at the time of his death ‘Dino’ in his honour.