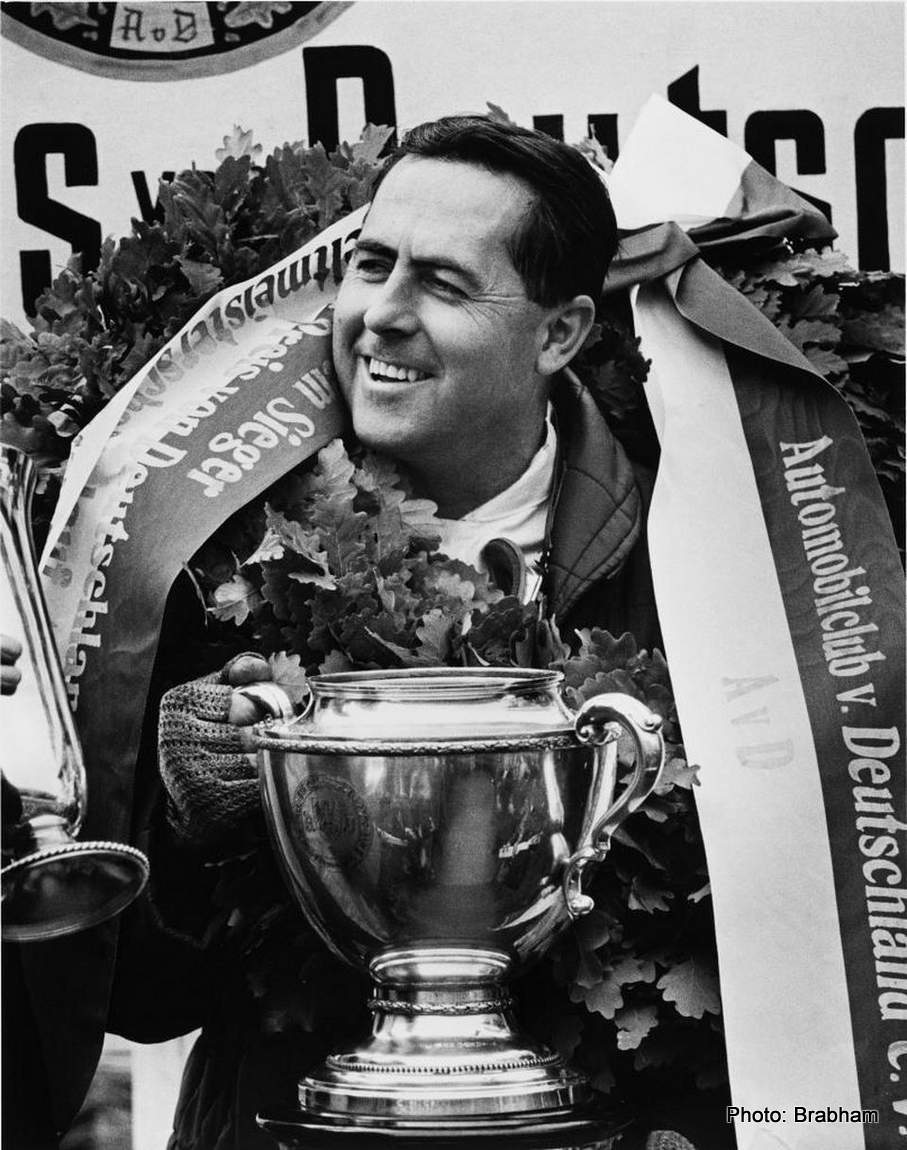 The first driver to be knighted for services to motorsport, ‘Black Jack’ rose from racing midgets on dirt ovals in Australia to dominate global motorsport.

His first two titles in the Cooper-Climax marked the end for front-engined Formula 1 cars. The third made him the only driver in history to win a World Championship in a car bearing his own name and make, the Brabham BT19.

It was also in a Cooper that Sir Jack shook the establishment at Indianapolis as the first driver to race a modern mid-engined car at the 500, his eventual ninth place triggering the rear-engine revolution at Indy.

Acclaimed as a brilliant engineer, technological innovations brought about by the Brabham team helped to shape the sport today. Through his partnership with Ron Tauranac, over 700 Brabham race cars were built from the team’s British Surrey base, the result of which included not only the 1966 and 1967 Constructors’ titles but also multiple Formula 2 crowns.

Although Jack scored his final F1 win in the South African Grand Prix in 1970, the Brabham racing legacy has continued with Jack’s sons achieving their own global success.

Despite a later start to his career, David’s son Sam has already underlined his potential with multiple British Formula Ford race wins and podium finishes, as he continues to pursue sportscar competition opportunities.

The Brabhams’ racing achievements may be vast and wide-ranging, but an undeniable DNA runs strong through the family, each member delivering a calm and thoughtful approach, unfaltering focus and determination to succeed on the racetrack… (Source: Brabham)