The Osella F1 Story: The Last of the True Racers? 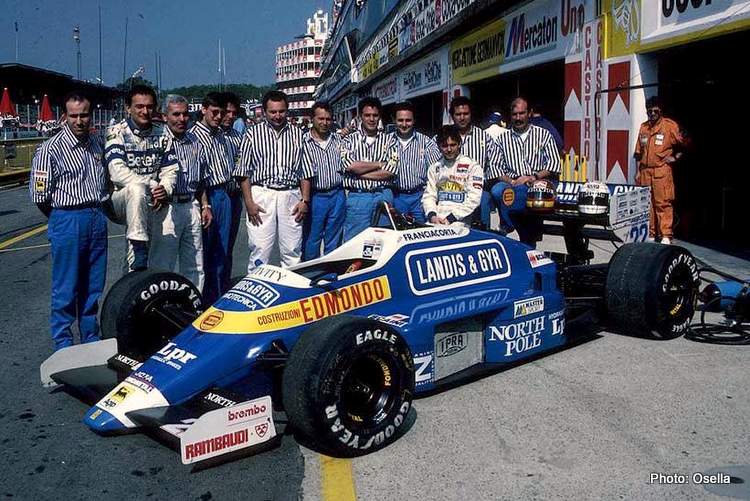 The 21st-century version of Formula 1 is an exciting and technologically advanced racing series showcasing the talents of the best drivers, engineers and teams in the world.

The general scene is that two or three teams – usually those with the bigger budgets – get a jump on the rest (think Mercedes, Ferrari and Red Bull right now) with a midfield pack of seasoned triers waiting to pick up the crumbs (that’s Williams, for example, and currently McLaren) and – at the back of the field – the likes of Sauber and Haas trying their best.

F1 has always been party to ‘backmarker’ teams – those that, in truth, had little chance of success. Indeed, at some point in the 1980’s and early 90’s there were so many teams battling for the 26 places on the grid that not only would a handful fail to qualify for the race, but there was even a requirement to qualify for qualifying!

This was the fabled pre-qualifying era, where there were the number of entries exceeded the track capacity. Teams came and went, often spending just a couple of seasons – or less – toiling around at the back – but a few such minnows stole the hearts of many fans across the world for their relentless efforts against the odds.

One of these was Osella.

Enzo Osella – a true racing name if ever there was one – caught the bug young. By the middle of the 1970’s he ran a reasonably successful sports car team 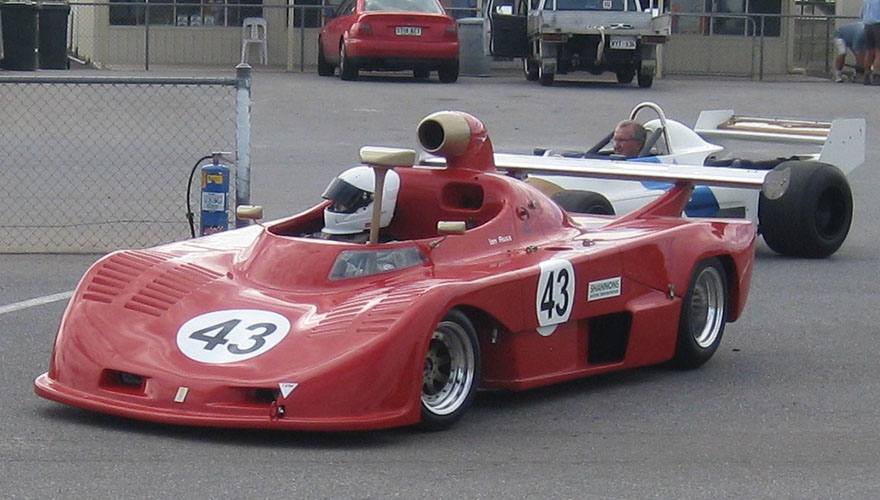 Indeed, you can find a number of vintage Osella’s in historic racing these days, and they are surprisingly competitive – and was eyeing Formula 2 as a step towards the top tier.

Curious thing is that, while the F2 team was not overtly successful, Osella still took the plunge into the more expensive and demanding F1 for the 1980 season.

The question has to be, why? He must have known he could not compete with the works Renaults and Ferraris, and the heavily-sponsored Williams and Brabham teams? The answer is that a racer is a racer, and Enzo Osella simply saw his chance, and took it.

The first car – the Osella FA1 – was a Cosworth DFV-powered machine that was simple and straightforward. This tiny team had just a few employees, and the team has to be given credit for actually making many of the parts themselves.

The quality was not always there, but the determination that would be the trademark of this likeable team was already clear to see. Eddie Cheever, an American who had been courted by Ferrari in the past and who had raced for Osella in F2, drove to the best of his abilities, and finished but one race. 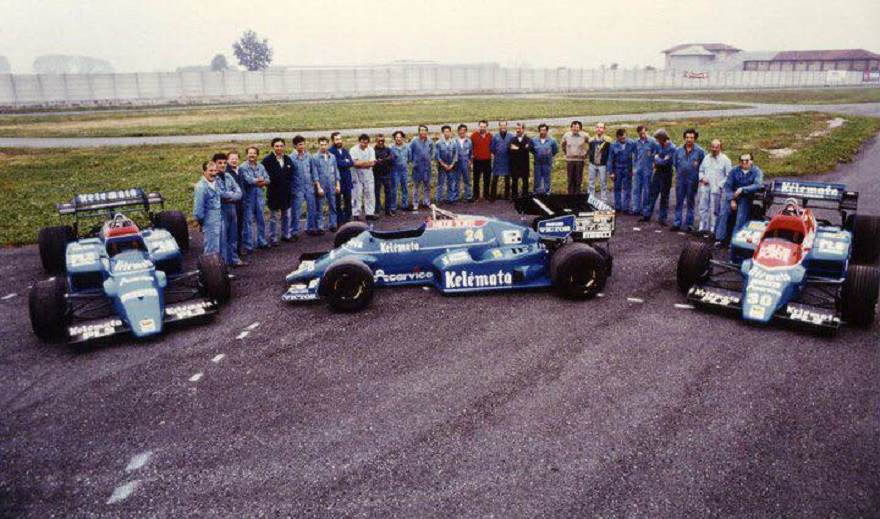 What has to be factored in is that, during the early 1980’s, F1 was undergoing a technical revolution on two fronts: one was in the field of aerodynamics, with the dark art of ‘ground effect’ being the buzzword, and the other was on the engine front, where it was rapidly becoming clear that, to be at the front, you needed a turbocharged engine.

Osella, with its limited funds and resources, was always going to struggle in the early days.

The recruitment of Jean-Pierre Jarier – a Frenchman of some repute, although now in his twilight years – for the 1982 season would yield a points finish in fourth place at the San Marino Grand Prix, a race in which only 14 cars started. 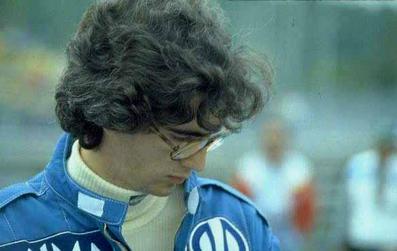 Still, it was a minor victory for the little team, and they rejoiced nonetheless. Jarier’s team-mate – Osella now ran two cars – for the season was a young Italian by the name of Riccardo Paletti.

Quiet and unassuming, and with a record in the lower categories that showed promise, Paletti came to F1 with high hopes. He struggled to qualify the unwieldy Osella – still the 1980 chassis but heavily modified – although made it to the grid for the Canadian Grand Prix.

At the start, Didier Pironi – in pole position in his Ferrari – stalled the car, and while those behind him took avoiding action, Paletti was unsighted and hit the back of Pironi’s car.

Pironi, along with marshals, went to the young Italians aid; once out of the car, Paletti was helicoptered to the nearest hospital, but his injuries were severe, and he did not survive.

This was just one of a number of tragedies that blighted the 1982 season – the death of Canadian Ferrari driver Gilles Villeneuve earlier in the season being one, and a career-ending accident to Pironi himself in Germany being another – and was a blow to the tiny Italian team.

There have been few teams so quintessentially Italian as Osella; perhaps Minardi – fellow perennial strugglers – qualify, but even Ferrari seems too corporate to be counted.

This was certainly exemplified in the teams’ preference for hiring Italian drivers: throughout the years the likes of Gabriele Tarquini, Alex Caffi and Piercarlo Ghinzani – all promising drivers – made their F1 debuts with the team, and while none set the world alight in F1, each had a successful career in motor racing elsewhere.

By 1983, the Italian connection had become even more clear, as the team replaced its Cosworth engines with Alfa Romeo units. Indeed, the 1984 Osella, which the first to be powered by a turbocharged Alfa engine, was a heavily revised version of Alfa Romeo’s own car, left behind after the works team had withdrawn at the end of the previous season. 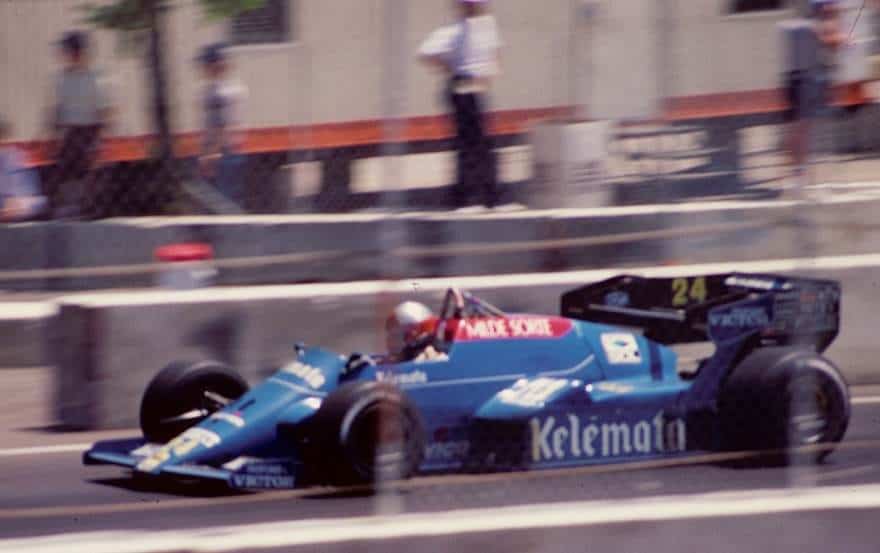 It wasn’t very good, and with no money to go elsewhere for better and more reliable engines, the team was stuck with the Alfa units for the nest few seasons.

Talented drivers such as Corrado Fabi, Jo Gartner, Christian Danner and Nicola Larini – among many others – came and went, each finding the heavy and obsolete Alfa engine a hindrance in a chassis that was the best that could be done on the budget available, until at the end of 1988 turbo’s were banned, and Osella reverted to the venerable Cosworth.

1989 and 1990 would prove to be the last years of Osella, but even Larini and the highly-rated Frenchman Olivier Grouillard could do nothing of worth with the cars. Osella, tiring of the fast-rising costs of F1 and looking to turn his attention back to sportscars, sold out in 1990 to the owner of the Fondmetal metalworking company – a sponsor of the team, and that was the end of this tiny yet hard-trying team.

What did they have to show for it? This is a remarkable statistic – and really highlights the fact that, above all, Enzo Osella was a racer – but from 172 race entries between 1980 and 1990, and 132 race starts, Osella finished in the points, that’s the top six places, just twice.

This belies that fact that, for a full decade, Osella tried – and tried hard – just to get into the races, and we should applaud them for that, as we will never see their likes again.

What happened to Enzo Osella after Formula One? He had never stopped building sports cars, and continues to do so nowadays for use in club racing The Osella name lives on with particular success in hill-climbing. 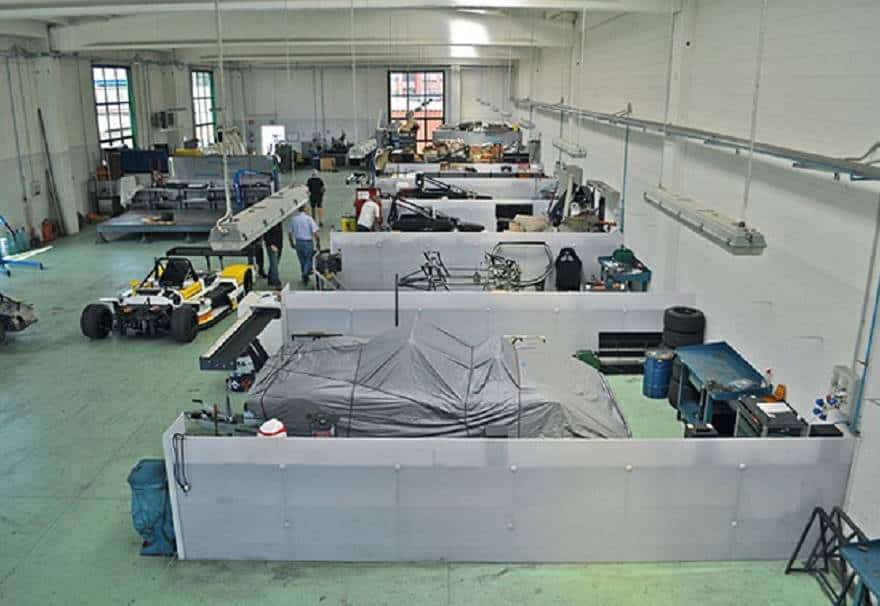 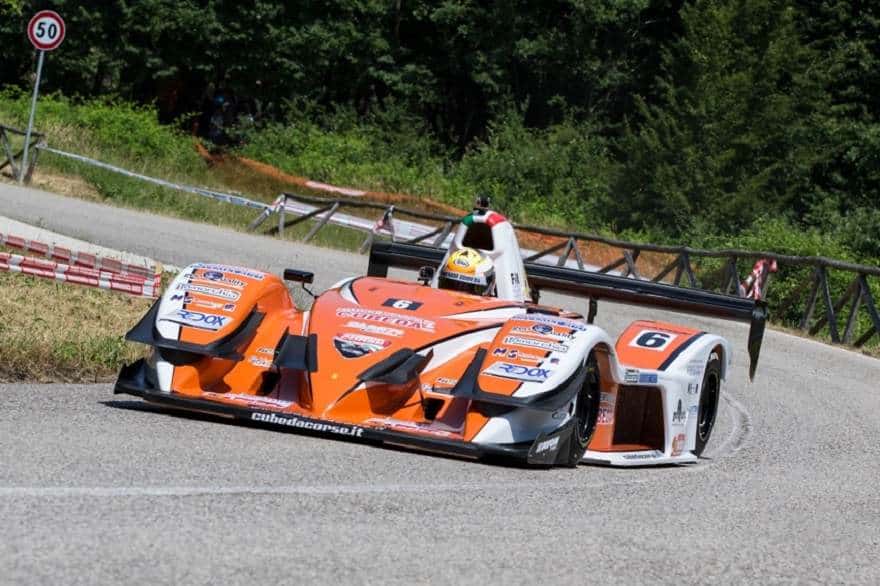 Enzo himself is still involved in the factory at an age nearing 80 years old – he represents the old school of F1 team owners, who went racing purely to race. (Report: Steve Turnbull) 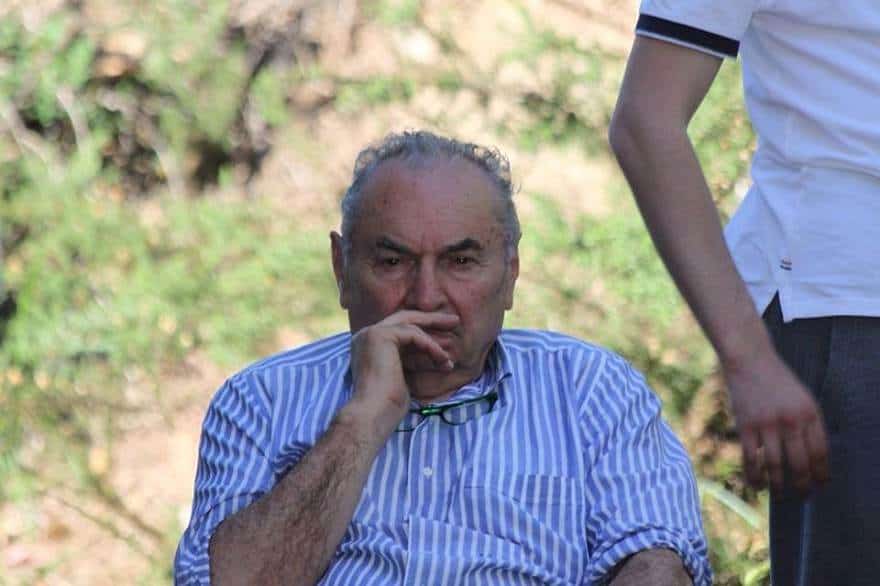