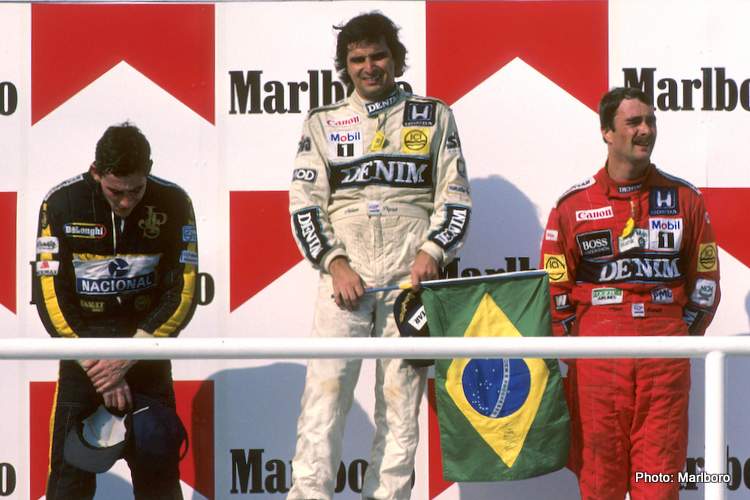 When talking about the best Formula 1 debuts, we usually talk drivers – Lewis Hamilton, Kimi Raikkonen, Jacques Villeneuve, Mario Andretti – but if we were to talk about the first race at a venue, the Hungarian Grand Prix certainly belongs on the list.

First taking place in 1986, the race was remarkable as much for the circumstances surrounding its creation as what transpired on track. A sport that had long been a capitalists’ wet dream – extravagant spending, heavy sponsorship, celebrating the individual over the team – would be for the first time hosted by a communist country.

A long-held ambition of then-F1 supremo Bernie Ecclestone, going behind the Iron Curtain had proved to be a difficult task, given the political climate that divided east from west. Originally, Ecclestone’s desire was to host a race in the USSR, but when talks fell through in 1983 he turned his attention to Hungary, who had a history of standing apart from its Warsaw Pact allies, and was already undergoing some fairly significant liberalization.

It helped that the Hungarian government was looking to advertise themselves to the world, and thus after some quick-fire negotiations in 1985, the Hungarian Grand Prix was born.

For the first race at the newly-constructed Hungaroring – the first purpose-built F1 circuit in history – a then record 200,000 people flocked to the circuit to get their first taste of grand prix racing. Not counted in those numbers but still present that day were the Soviet tanks dotted around the surrounding hillside, their crews having come to observe the spectacle with everyone else.

Fortunately for them, it was indeed a massive spectacle. Ayrton Senna and Nelson Piquet, the two legends of Brazilian motorsport, went head-to-head in a duel that would go down as one of the most memorable in F1 history.

In just his third year in the sport, Senna in his Lotus was the upstart to the two-time world champion Piquet, who was now in his first season with Williams. The two had spent much of the season neck-and-neck in the points standings, with Senna holding a slim 42-38 advantage prior to the race, having seen his lead narrowed after Piquet led him home two weeks earlier in Germany.

Picking up right where they left off, Saturday saw them qualify 1-2, Senna leading Piquet by 0.335 of a second. On Sunday, the two quickly broke away from the pack, with Senna building a small gap only to see Piquet counterattack. On lap 12, Piquet got past and immediately built a lead of his own, the Honda engine giving him a definite advantage in race trim (hard to believe nowadays, isn’t it?) with Senna trying desperately to keep up.

Holding a five-second gap as he went into the pits on lap 35, Piquet was left helpless as Senna used the opportunity to storm back, not only erasing the deficit but earning himself enough leeway to come out with a seven-second advantage after his own stop on lap 42.

However, Piquet quickly closed back up, and by lap 53 was close enough to attempt a pass down the inside of Turn 1. Unfortunately for him, the lack of grip off-line caused him to run wide on corner exit, and Senna resumed the lead… well, until the greatest overtake in F1 history.

Starting lap 57, Piquet was once again within range of Senna, but this time opted to go ‘round the outside of his rival, essentially power-sliding into the first corner. With nothing more than the bare minimum of grip, Piquet was able to make the pass stick, and held-off Senna to the flag, albeit with their two-hour tussle robbed of a closer conclusion by problems with Senna’s car.

Nevertheless, it’s safe to say he got every bit the value of their hard-earned points. This was F1 at its finest – two superstars pushing their cars and one-another to the absolute limit, with brilliance and bravery in equal measure.

On that basis alone it was a truly remarkable race, but when considering the turning point it marked in F1’s history, it becomes even more so. Over a decade before far-flung locations like Malaysia and China would make their debuts, it represented the sport’s ambitions to move into new territory, and 31 years later, has become a significant part of the F1 calendar.

Would F1’s expansionist ambitions have been so successful had the race played out differently? Maybe, maybe not, but a race of that calibre certainly can’t have hurt.