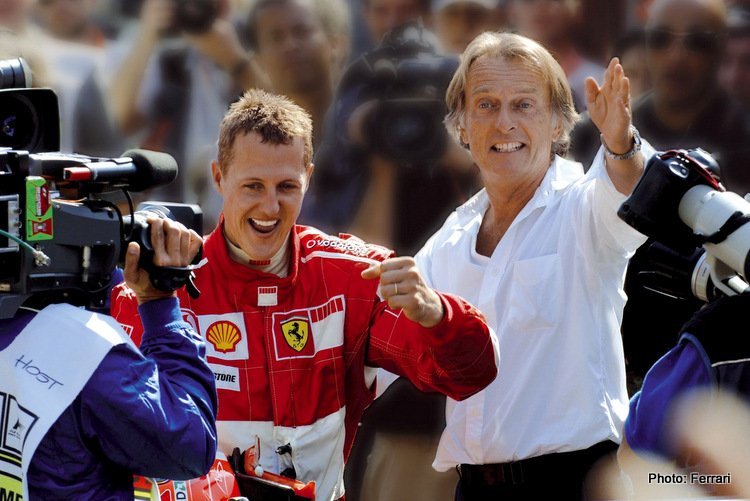 Right now his beloved Ferrari team are in a severe crisis in the wake of the Power Unit clampdown imposed on them after irregularities were found with their system. A quickfire, secret deal with the FIA has resulted in a PU-package that is down some 80-100 horsepower over the previous contentious version.

The solemn and distressing news from within Maranello is that they have been so deceived by their errant development path that it will take “two years” to turn around the sport’s mightiest team.

In an interview with Leo Turrini, Di Montezemolo scoffed at the idea, “I don’t like setting dates. It doesn’t make sense and neither is it fair to us fans, who have the right to hope for a turnaround in a shorter space of time.

“This is why Ferrari must make the choices made indispensable by this deep crisis. They have the driver guaranteed: Leclerc has already shown that he is a top driver. Mattia [Binotto] is one of my boys. I often repeat that he needs to be supported, he cannot be left alone.”

The Italian then asked, “Can I give in to nostalgia for a moment?

And added, “You see, I know very well that Formula 1 has changed a great deal, it is no longer what it was ten or twenty years ago. But in one way it has remained the same: when a team is in difficulty, it must protect its men, of course, but at the same time they need to find the skills from outside the team.

“Schumi’s Ferrari wasn’t just Schumi. We had a number one group in the various areas. From Jean Todt to Ross Brawn, from Stefano Domenicali to Paolo Martinelli to Rory Byrne. And despite their combined skills, we suffered for years, before being able to celebrate. 2022 is just around the corner…”

In retrospect Di Montezemolo orchestrated was the gradual buyout of the Benetton F1 team; first their driver (Schumacher) and then technical department headed by Brawn and Byrne, signing them to work under Jean Todt with the goal to turn the team into a relentless winning machine it became.

These days, with Leclerc ensconced and Carlos Sainz heading to Maranello, the Reds are rich with driver talent. They now need to do a corporate raid of the guys that always hit home runs for their current teams.

For history to repeat itself, there are only two options in the current era:

But in the end, what Ferrari really needs is stout front-end leadership which Di Montezemolo, as Ferrari president, provided – allowing the racing people to focus on their jobs which Binotto is struggling to do as his areas of responsibilities grow weekly and his bosses: Louis Camilleri and John Elkann prefer the comfort of being in the shadows.