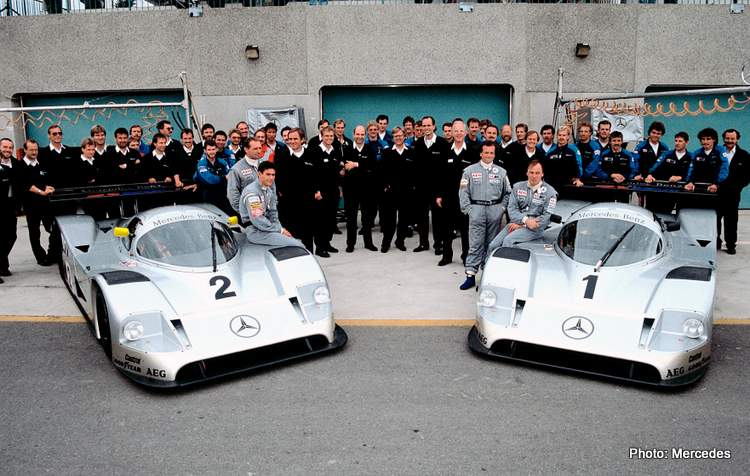 After the impressive anniversary celebrating 125 years of Motorsport at Mercedes-Benz last year, the brand continues to celebrate further outstanding #racing moments from its history in 2020.

The highlights include the triumph of Sauber-Mercedes in the World Sportscar Championship 30 years ago. Mercedes-Benz Classic also congratulates Brand Ambassador Roland Asch, one of the most popular #racing drivers in German motorsport, on his 70th birthday in October 2020. Finally, the brand remembers Manfred von Brauchitsch: the #racing driver of the first Silver Arrows era was born 125 years ago.

30 years ago: Double world championship with the Mercedes-Benz C 11

Return of the Silver Arrows: As they had already done in the first championship year with the Sauber-Mercedes C 9 in 1989 the German-Swiss team entered with a #racing car painted silver. This return of the Silver Arrows to the circuit was down to the impetus of Professor Werner Niefer, who was the chairman of what was then Mercedes-Benz AG and deputy chairman of Daimler-Benz AG. It was on his initiative that the original dark blue #racing cars were painted silver – just like their successful predecessors that had written #racing history up until 1955.

Innovative technology: The C 11 is the logical progression of the successful C 9, which won the legendary 24-hour race in Le Mans in 1989. The Silver Arrow was also built at Sauber in Hinwil (Switzerland) under the management of head designer Leo Ress. It was the first time a carbon fibre chassis was used, which contributed towards the minimal kerb weight of 870 kilograms and also offered a high level of rigidity.

The Mercedes-Benz engineers around Dr Hermann Hiereth optimised the Mercedes-Benz M 119 engine. The V8 turbo engine with four-valve-per-cylinder design had 4973 cubic centimetres of displacement and during the qualifying tuning generated up to 680 kW (924 hp) in the #racing car.

In normal #racing conditions and with continuous stress it was 537 kW (730 hp). The drivers were inspired – they praised the drivability of the deep-rumbling eight-cylinder engine and the well-tempered handling of the C 11.

The youngsters were already impressing at the first test drives in Le Castellet at the end of 1989. Peter Sauber summed it up: “Frentzen was the fastest, Schumacher was hardly any slower, drove very consistently and was very interested in the technology even then. Wendlinger was the most cautious and really didn’t want to break anything.”

Successful races: In the 1990 seasons the three junior drivers started as partners with Jochen Mass. The pairings of Mass / Wendlinger and Mass / Schumacher each won a world championship race. All three young drivers had great careers ahead of them.

Once a #racing driver, always a #racing driver: Roland Asch was also a success with the Star. On 12 October 2020 he will celebrate his 70th birthday. The “Schwabenpfeil” (Swabian Arrow), as his fans liked to call him, never officially ended his career as a #racing driver. Together with his son, Sebastian, he even took part in the 2018 24-hour race in Dubai and only narrowly missed out on a class victory with a Mercedes-Benz AMG GT4.

DTM legend: “My best year in #racing was 1988. We achieved a lot with only a little money: runners-up in the DTM!” says Roland Asch, enthused to this day. The Mercedes-Benz 190 E 2.3-16 for that season was bought by the owner of a Ford dealership in Ammerbuch-Altingen near Tübingen, financed from their own resources. Friends supported him at the racetrack, and on some days after work the Mercedes-Benz engineers worked on preparations for the “16-valver”.

Test driver for Mercedes-Benz: Gerhard Lepler, head of internal development of #racing touring cars, signed the highly promising #racing driver Roland Asch as a test driver. Important experiences were gained, particularly at the racetrack in Rijeka (Yugoslavia), from which Asch also benefited for the use of his own DTM touring car. In 1988, with 242 points, he was runner-up behind Klaus Ludwig (Ford Sierra RS 500 Cosworth, 258 points) and won the championship title in the Porsche 944 Turbo Cup.

Works driver in the DTM: For the 1989 to 1994 seasons Roland Asch was the DTM works driver of Mercedes-Benz. In the Mass-Schons team he won the first race of a Mercedes-Benz 190 E 2.5-16 Evolution I in Mainz-Finthen. In 1990 he switched to the team of Dany Snobeck, which lead the way for Mercedes-Benz in touring car #racing in the mid 1980s by taking part in the French production car championship.

In 1991 and 1992 Asch competed for the Zakspeed team. He took part in the season finale in Kyalami, South Africa, with a 190 E 2.5-16 Evolution II works #racing car with a “camel” paint finish. This was made special by the fact that, for the first time, a #racing car had an anti-lock braking system (ABS) developed especially for #racing.

Asch won one of the two races with this vehicle as well as the overall ranking. In 1993 and 1994 Roland Asch became team colleague of Bernd Schneider in the AMG team. In both years he finished ahead of the later record DTM champion. In 1993, in the final year of the 201 model series in the DTM as a 190 E class 1, Asch finished as runner-up for the second time behind Nicola Larini (Alfa Romeo).

Brand Ambassador: For many years, father of three Roland Asch has been a Brand Ambassador. “When Mercedes-Benz Classic calls me up and asks that I test an old #racing car, I’m right there,” says Asch. He drives a broad range of #racing cars from the Sauber-Mercedes in Group C to the Silver Arrows of the 1930s and takes part in events such as the 1000 Miglia and the Goodwood Festival of Speed.

And, of course, he is always happy to sit behind the wheel in a Mercedes-Benz #racing touring car from his DTM era. “I have always felt particularly happy in the ‘16-valver’,” he says. Logically, his private collection of classic cars also includes a Mercedes-Benz 190 E 2.5-16 Evolution II from the homologation production of just 502 vehicles.

Breakthrough with the SSKL: On 15 August 1905 Manfred von Brauchitsch, later to become a #racing driver, was born in Hamburg. Initially he wanted to become an officer, but after a serious motorbike accident he was discharged as unfit for service by the army in 1927.

In 1929 he began motor #racing. His breakthrough followed in 1932 when with the Mercedes-Benz SSKL, featuring a pioneering streamlined body, he won the international Avus race in Berlin and even beat the great Rudolf Caracciola. This spectacular success provided the nobleman with a contract as a Mercedes-Benz works driver for the 1934 season.

Silver Arrow: In 2019, in the “125 years of Motorsport” anniversary year, Mercedes-Benz Classic rebuilt the SSKL streamlined #racing car and assembled it with great authenticity to ensure it could be experienced – also on the track. Body, chassis and engine were produced as close to the original as possible in the complex project.

Master of many hundreds of horsepower: Manfred von Brauchitsch won many major races. In 1934 he won the international Eifelrennen race at Nürburgring on the race debut of the Mercedes-Benz W 25 and was victorious in both the 1937 Monaco (W 125) and 1938 French (W 154) Grands Prix. His driving style was spectacular, paying little attention to the state of the vehicle.

Tyre damage and even accidents led to many failures or defeats. He was dogged by an image of notorious bad luck. Decades later the #racing driver explained his motivation: “Of course it is nice to win. But it is glorious to sit in such a #racing car, to command this complex machine and to be master of many hundreds of horsepower.”

Bon vivant: After the Second World War Manfred von Brauchitsch tried to make a comeback in motorsport, but he failed. In 1954, with the emphatic support of the government of the GDR, he emigrated to East Berlin where he found new popularity as a highly regarded peace activist and sports official.

When it came to his somewhat unconventional life, he described himself as a “bon vivant”. His contact to Mercedes-Benz never fully broke off: for instance, in 1974 he was invited to attend the French Grand Prix as a guest, driving a demonstration lap at 280 km/h in the Mercedes-Benz W 154 dating back to 1939.

In 1995, Manfred von Brauchitsch celebrated his 90th birthday at the Mercedes-Benz Museum in Stuttgart. He died at the age of 97 on 5 February 2003 in Gräfenwart, Schleiz. 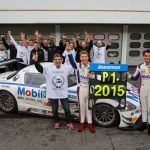 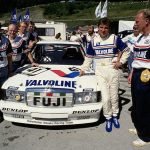 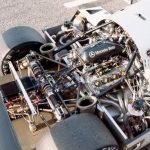 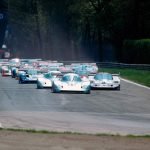 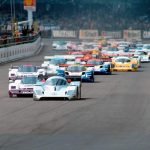 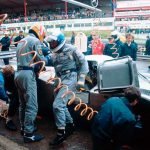 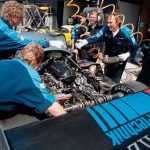 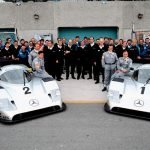 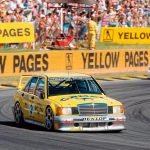 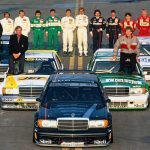 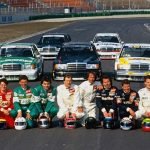 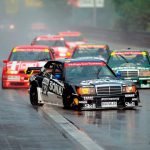 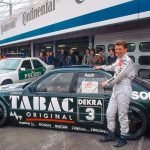