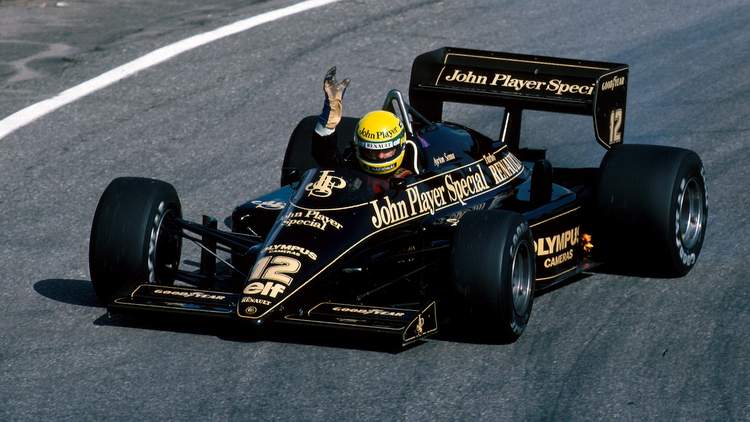 Team Lotus shook F1 with its type 88 twin chassis design, the ultimate ground effect concept. Chapman was adamant that it complied with the letter of the law but the increasingly political environment saw the car banned.

The design featured the first composite chassis to take to the track. Chapman loved composites and with Carbon Fibre it was possible to halve the weight and triple the stiffness. Heaven! Furthermore it provided drivers with a decent level of protection in an accident.

The type 91 incorporated this composite chassis in a more conventional ground effect design and provided a last, thrilling win for Colin Chapman and a first win for Elio de Angelis in the 1982 Austrian Grand Prix. Chapman died from a heart attack in December. Team Lotus and Group Lotus were shocked to the core.

Chapman’s cohorts set about the task of carrying on without their founder. Fred Bushell and Peter Warr secured a supply of Renault Turbo engines and brought designer Gerard Ducarouge to the Ketteringham Hall HQ. Elio de Angelis, who did more GP with Team Lotus than any other driver (89), and Nigel Mansell were a formidable pairing but were unable to convert pole positions into race wins. Warr succeeded in signing rising star Ayrton Senna who scored the first post Chapman GP win for Team Lotus at Estoril in 1985.

Eventually the long-standing JPS sponsorship came to an end and the Team Lotus type 99T of 1987 was resplendent in bright yellow Camel livery. The car featured the last great Team Lotus innovation, namely computer-controlled active suspension in place of traditional springs and dampers. Senna scored brilliant wins at Monaco and Detroit but Active did not deliver the anticipated ‘Unfair Advantage’.

Sponsorship targets were not met, Senna and the Honda engines left and the team’s facilities had fallen behind when it was trying to play catch up with traditional suspension design. Certainly these are some of the significant factors that prompted the decline of the great marque.

During 1990 the Chapman family decided that it would be better for others to take up the challenge and reached an agreement with Peter Collins and Peter Wright, both contemporaries of Colin Chapman, for them to take control. Team Personnel demonstrated fantastic loyalty and faced up to the challenge of taking the team forward into the 90s.