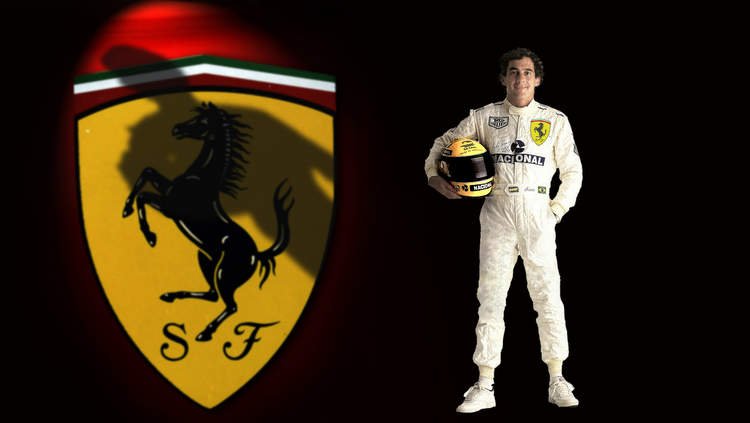 Ayrton Senna’s life was cut short on a dreadful May Day at Imola in 1994 and since then much has been written about the Legend, most of his incredible life is well reported, however, one piece of business the Brazilian great left unfinished was ending his career at Ferrari.

After his passing, it emerged that Ayrton had, in fact, had talks with Ferrari and after his stint with Williams, he might have well ended his time in Formula 1 in Red. The talks took place on the Wednesday before that tragic San Marino Grand Prix weekend.

Ferrari president at the time, Luca di Montezemolo is adamant that Ayrton was heading to Maranello at some point and told the team’s official website, “He wanted to come to Ferrari and I wanted him in the team.

“He told me he really appreciated the stand we had taken against the excessive use of electronic aids for driving, which didn’t allow a driver’s skill to shine through. We spoke for a long time and he made it clear to me that he wanted to end his career at Ferrari, having come close to joining us a few years earlier.

“We agreed to meet again so as to look at how we could overcome his contractual obligations at the time. We were both in agreement that Ferrari would be the ideal place for him to further his career, which to date had been brilliant, even unique.

“I always appreciated Ayrton’s style of racing. As with all great champions, he had an incredible will to win and never tired of seeking perfection, trying to improve all the time,” added Montezemolo.

In 1994 Ferrari had Jean Alesi and Gerhard Berger in the team with Jean Todt the new team boss. Although the pair had contracts, one or the other would have made way for Senna had he engineered a move and fate not intervened so cruelly.

History shows that Todt called “him again to make him an offer for 1995, but he declined as he had already decided on Williams” and a couple of years later lured Michael Schumacher to Ferrari, and that incredible chapter of F1 history is well documented.

As for Senna to Ferrari, that will have to remain a dream for speculation and fantasy.