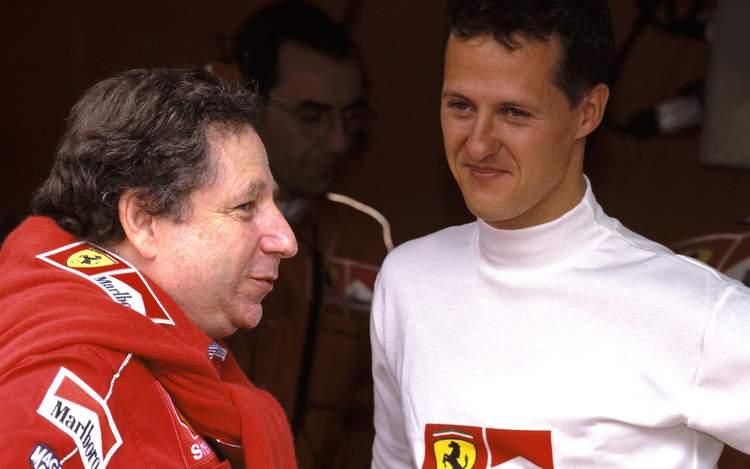 Jean Todt will go down in history as Ferrari’s most decorated team principal – but the remarkable Frenchman revealed Michael Schumacher’s threat to quit spared him from being sacked.

Sebastian Vettel and Charles Leclerc will run a one-off retro burgundy livery, the silver safety car has been given a red paint job and, ahead of Sunday’s race, Mick Schumacher, the son of Ferrari’s most successful driver, will complete a number of demonstration laps in the machine his father drove to a seventh and final world title 16 years ago.

The man behind Schumacher’s record-breaking five consecutive championships will also be here in Mugello – a track tucked away in the province of Tuscany, 25 miles outside of Florence.

Ferrari are currently mired in crisis but during the 14 years that Todt was in charge, the Prancing Horse galloped to 13 championships and 98 victories. Todt’s winning strike rate was nudging on 40 per cent, second only to Mercedes team principal Toto Wolff in the sport’s history.

However, it would have been different but for Schumacher’s intervention.

“It was during the 1996 season after we had a few retirements that there was pressure on me to leave,” explains Todt, 74.

“But Michael said ‘if Jean leaves I leave’. They did not want him to leave. They cared much less for me but Michael made his comments clear so I stayed.”