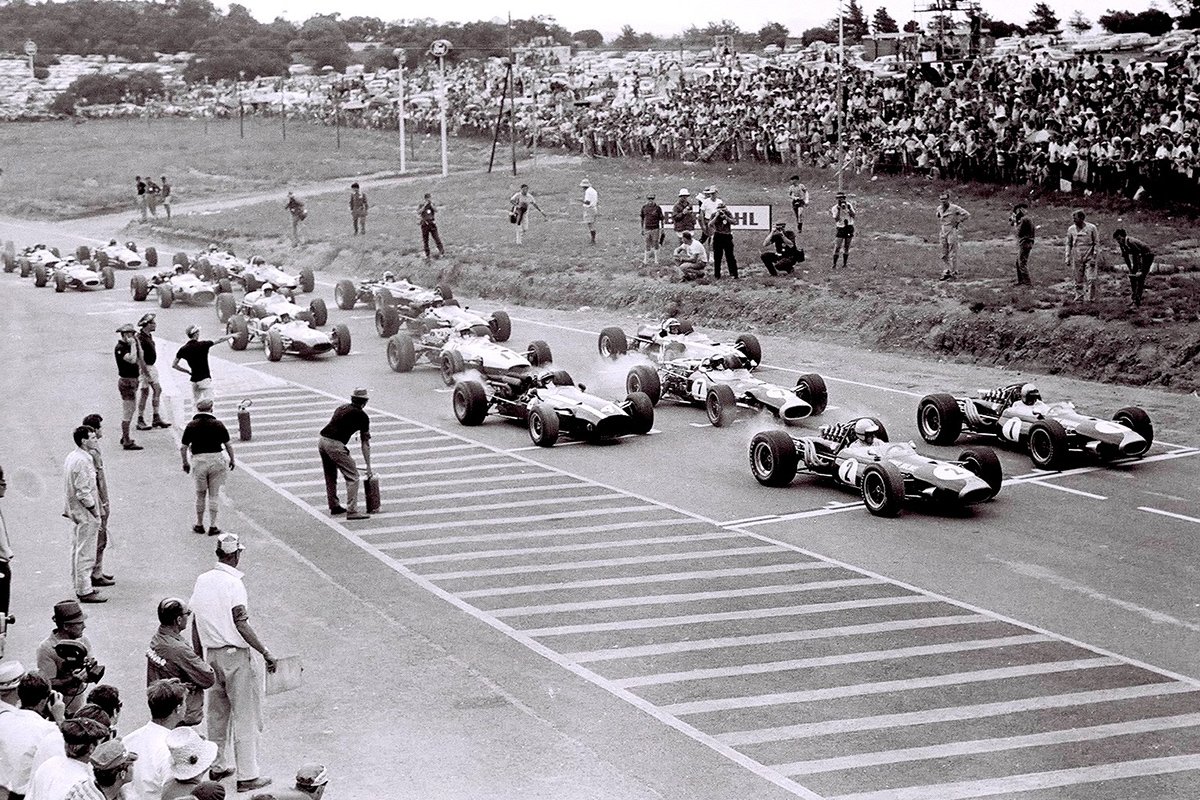 There were two South African Grand Prix on the second of January over the years. In the final SA race before WWII, Luigi Villoresi led Franco Cortese and local hero Mario Massacuratti to a Maserati 6CM 1-2-3 at East London in 1939. And the second was a quite incredible race at Kyalami’s first GP in ’67 (above). It was a race of attrition that saw many of the fancied 3-litre V8s, V12s and V16s hit trouble in the Highveld heat. 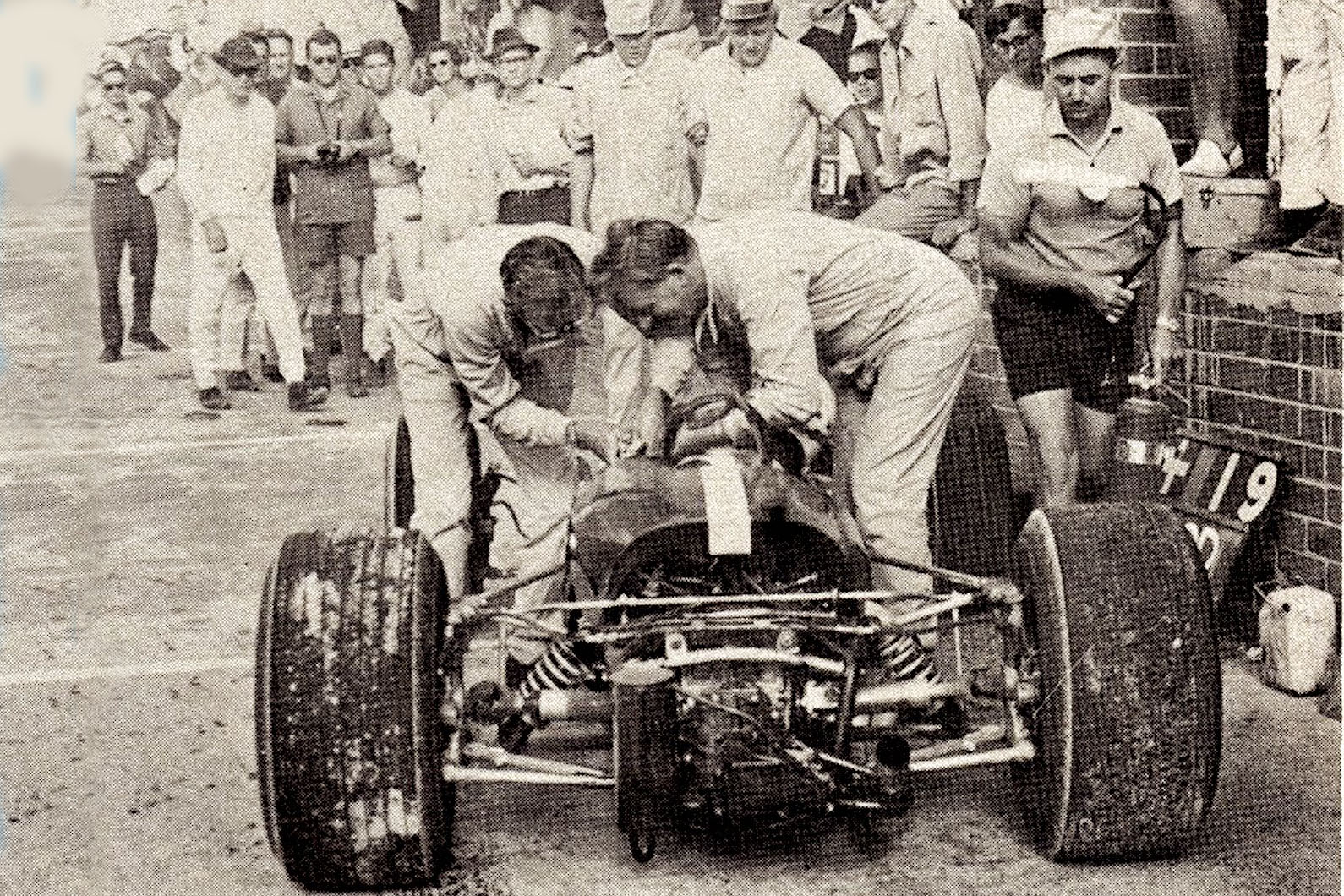 An African dream dashed as John Love pits for fuel

So South African champion, Rhodesian John Love, who had qualified a splendid fifth in his two-year-old four-cylinder 2.7-litre Tasman Cooper Climax, to move into the lead. To the delight of the in front partisan 80 000 crowd, Love led Pedro Rodriguez’ 3-litre V12 Cooper Maserati.  Sadly the Tasman Cooper pitted for fuel with six laps to race. To hand Rodriguez his maiden and Cooper and Maserati their final Grand Prix victory. 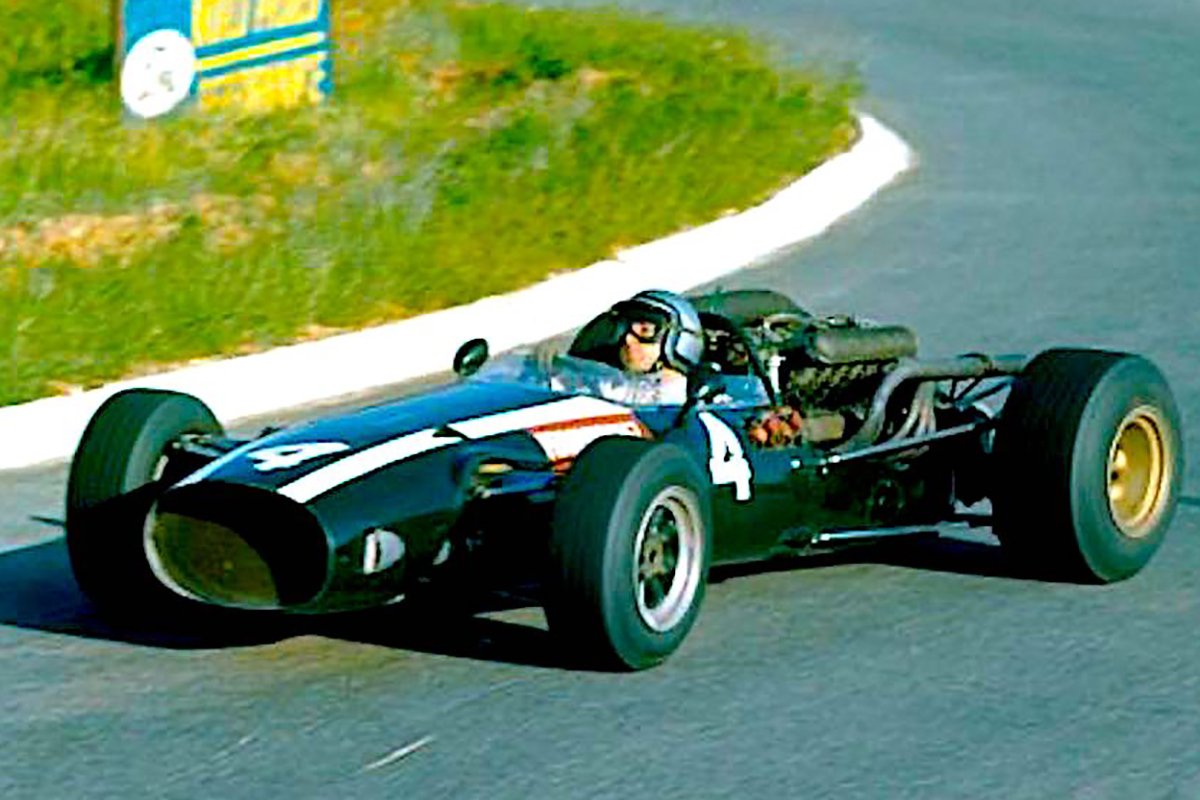 In other South African F1 action, Bruce Johnstone won the 2 January 1965 Roy Hesketh Fairfield Trophy a Cooper T45 Alfa. And Trevor Taylor took the 1962 Cape Grand Prix in a Lotus 21 Climax at Killarney. Down under on this day, Neil Stuart won the Mabey Trophy in his Stuart Jaguar. And Allan Rhodes the New Zealand Beach Race  in his Ford Special. Both at Tahuna Beach in 1967.

Graham McRae took the ’71 Levin International in his McLaren M10B Chevrolet. And Japanese eyes were smiling at  the the 1992 Daytona 24 Hour. Masahiro Hasemi, Kazuyoshi Hoshino and Toshio Suzuki won driving a Nissan R91CP (below). Also at Daytona 86 years prior Charles Schmidt’s Packard Gray Wolf set new US 1-mile and 5-mile sprint records in 1904. 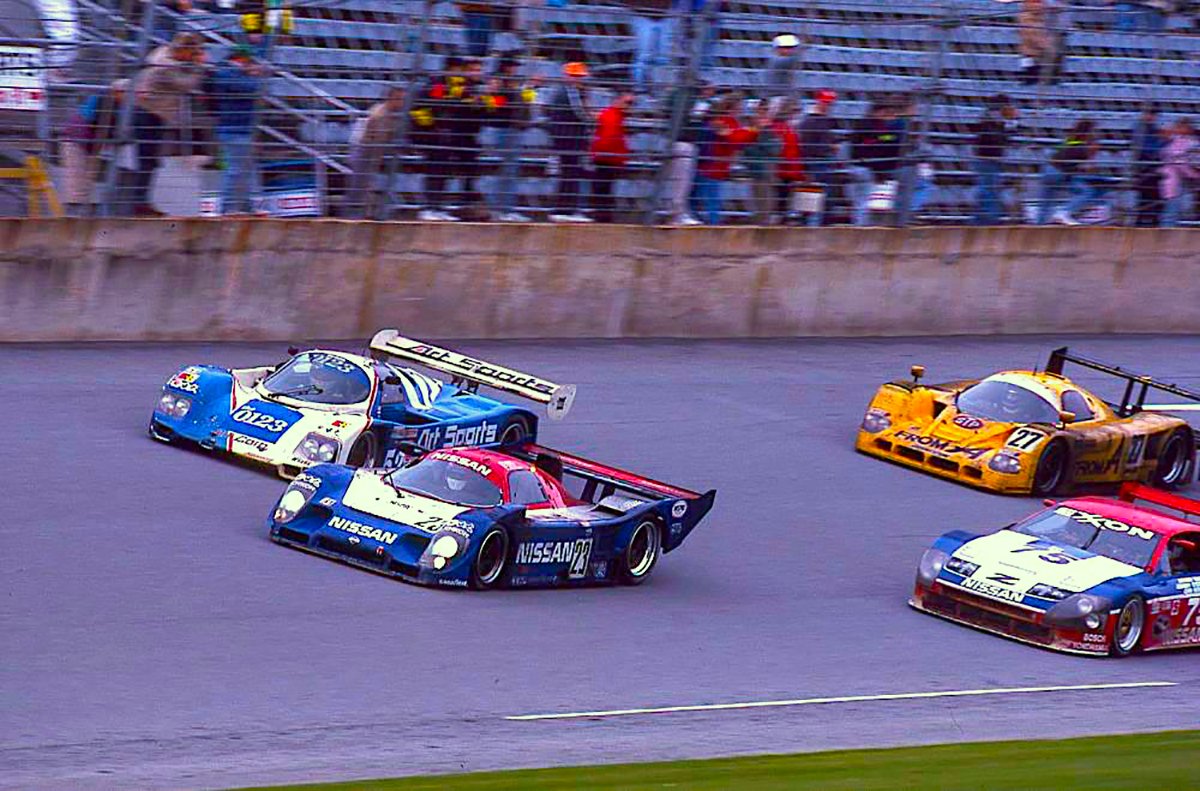