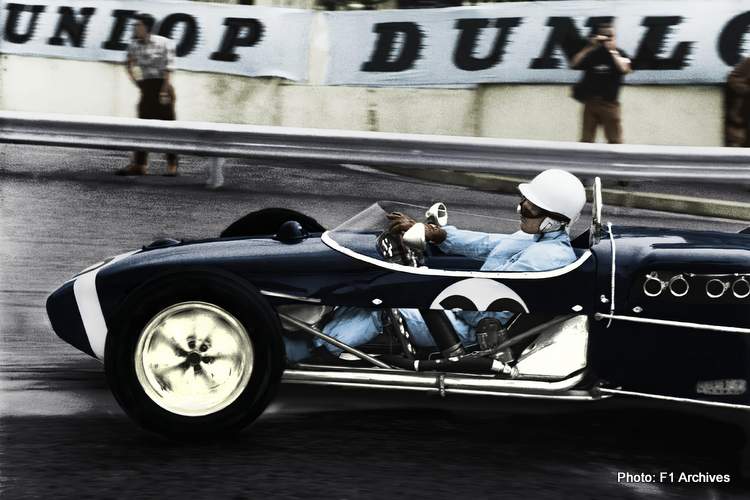 Way back on 2 January 1967, Rhodesian privateer John Love very nearly pulled off one of Formula 1’s biggest upsets as he led the South African Grand Prix in his venerable 2.5-litre Tasman Dooper Climax against the finest 3-litre V8s, V12s and even V16s,, as you will read elsewhere on this site today. That’s the perfect trigger to look back at the Formula 1 underdog.

Looking a little further back to 1962, it seems that in this modern era ruled by data, F1 has become a bit mute. See, data has no imagination, no style either. It’s just info, which if you have too much of, can lead you down the garden path. But if we take a look at what happened in F1 history sixty years ago today, we stumble upon an F1 path so sadly much less traveled…

Way back on 29 May 1960, Stirling Moss won the Monaco Grand Prix driving Rob Walker Racing’s privately entered Lotus 18. It was significant because that was Lotus’s first GP win — a brand that bucked the F1 trend of big, bruising, powerful F1 cars to craft a perfect little chassis, which wieildiness, lightweight and thrift won it a Monaco Grand Prix and would go on to become a hallmark of Colin Chapman’s brand through its greatest era.

Moss and Walker’s giant-killing Lotus effort was however not the first rear-mid engined F1 win that flew straight in the face of Enzo Ferrari’s stance that the horse should be ahead of the cart — that a race car’s engine should be in front.

The same combination of Moss and Walker had already pulled that one off to give John Cooper’s equaly genius chassis its maiden win in the 1958 Argentine Grand Prix – and the first F1-era win for a lightweight little rear-engined 4-cylinder 2-litre car, against the might of the powerful front-engined 2.5-litre V6s, let alone F1’s first privateer victory.

That is the gist of this story — Formula 1 regulations those days allowed for off the wall thinking, it let pure engineering and ability topple the establishment. That, Ross Brawn, is what is missing from modern F1 and it is something you can quite possibly fix in the wake of this horrible hiatus on top of the changes and limitations already put in place this week.

Formula 1 is littered with brilliant stories of little teams pulling off unlikely successes — in fact Ross Brawn was himself responsible for the most recent — and possibly most significant of those giant-killing acts in his record-breaking, maiden and only season with his eponymous team. So he appreciates this sor tof thing far better than probably anyone else does.

But Brawn was certainly not alone in defying the F1 odds. There was a time in the late-80s and early-90s when F1 favoured unlikely successes. When an under-funded team armed with the best young brains and talent and a few off the shelf bits could make a real ripple in the Grand Prix Pond.

Take for example the later Leyton House March team — those turquoise garagiste cars that often proved such a thorn in the side of the grandees. Gordon Coppuck designed the first of those Marches powered by a normally aspirated Cosworth DFZ V8 for ‘87, which Ivan Capelli managed to get into the points (in the days when sixth got you a single point) against the powerhouse turbos a Monaco. 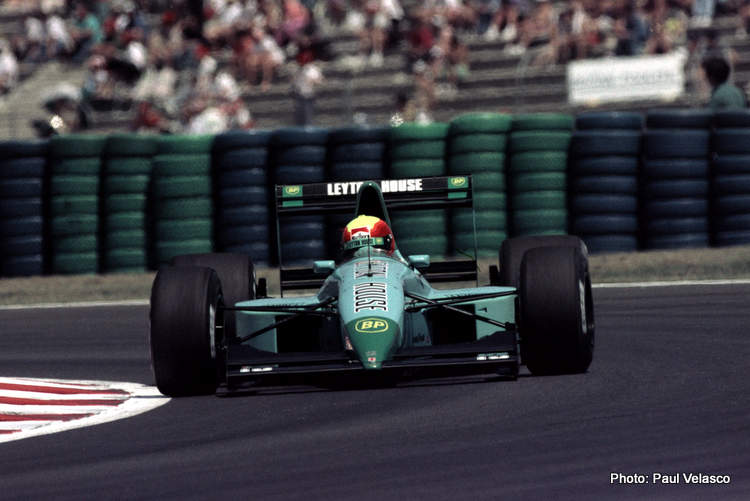 March brought a fellow by the name of Adrian Newey to design its new Judd V8-powered 881 the following season, which Capelli managed to hustle to second in Portugal, third in Belgium and into the points four more times to end seventh in that championship. Ivan was also the only non-turbo car to lead a Grand Prix for over five years, while teammate Maurizio Gugelmin was also regularly in the points.

As F1 fan I also remember being so excited by that turquoise car challenging the big guns. When was the last time you cheered an unlikely challenger in F1..?

There were other brilliant underdog F1 teams I also regularly cheered back then too. Show someone a photo of Scuderia Italia’s stunning little Dallaras today, and they will probably ask if it was a Ferrari. No, it wasn’t.

Another privateer team that punched out of its shoes, Beppe Lucchini’s men also often troubled the big guns perhaps far more often than they should have. Gian Paolo Dallara and Mario Tollentino’s superb little Cosworth DFR V8 F189 was a regular points finisher in Alex Caffi’s hands while Andrea de Cesaris even managed a podium third in Canada against the Ferrari V12s and Honda and Renault V10s in ’89.

Tyrrell was another F1 team to regularly upset the applecart in its latter years. Lumberjack Ken was always a brilliant David in a pack of Goliaths as he took Jackie Stewart to triple F1 titles, but the team’s later achievements with less than ideal machinery against the best, are often overlooked. 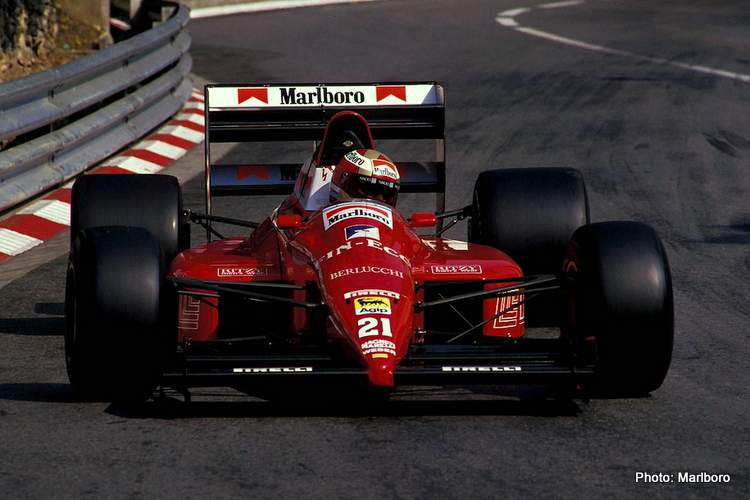 The Maurice Philippe designed Tyrrell 011 may have taken a normally aspirated Cosworth DFV V8 lump to war against the mightiest of the turbos, but the genial Michele Alboreto somehow managed to drag the wieldy little car to two wins at Caesar’s Palace in ’82 and Detroit the following year, along with a third at Imola and five more podiums in ’82. Alboreto’s Detroit win was also the last of the DFV’s incredible 155 GP wins.

Tyrrell then went six years without a F1 podium until Alboreto returned from Ferrari for a few races and delivered a third driving an underpowered customer Cosworth DFR-propelled 018 at Monaco ’89. He was then replaced by another future Ferrari driver in Jean Alesi, who went on to deliver a memorable couple of second places at Phoenix and Monaco in the heady V10 and V12 era.

Those late-‘80s and early-1990s performances by Leyton House Marches, Scuderia Italia Dallaras and latter-era not only made F1 far more interesting as adventurous young engineers and highly talented drivers carried unlikely machinery to incredible results against all odds, but they helped form the likes of Newey, Brawn and the rest in a way that seems impossible today. 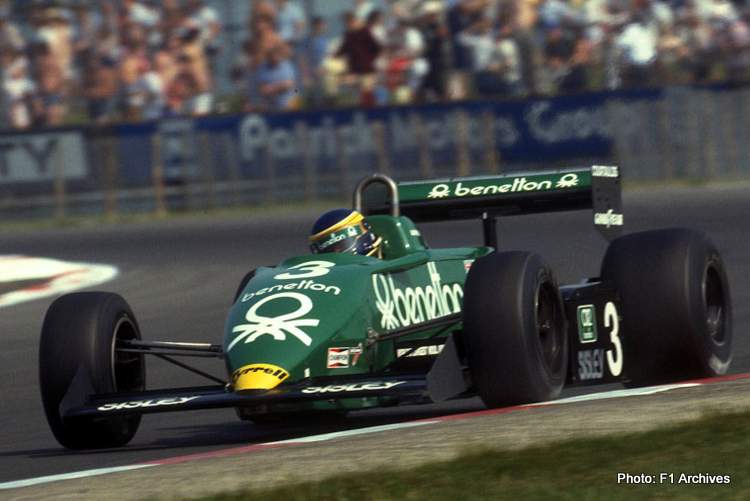 I am going to make an odd analogy before closing off this argument, which you may or may not get, but helicopters are not supposed to fly. Yet somehow they do and they even have some pretty incredible combat helicopters these days.

But have you ever noticed how ugly a combat helicopter — or any helicopter for that matter, is?

Well, that’s because the data aero engineers use insists they go that way and function is more important than form. Yet a conventional fixed-wing combat fighter aircraft is usually a thing of immense beauty — just look at an F15, F16, a Mirage, a MiG or any other leading-edge fighter jet. That is pure physics honed to perfection because those engineers do not need to dodge dynamics to get the things to fly in the first place…

The same applies to F1 — compare this year’s Mercedes to the Lotus Moss won with today sixty years ago and you’ll be totally gobsmacked by how horrible the current car really is in comparison. And that apples to basically every pre-2000 — or pre-data era F1 car. The machines are designing them, not the men. But there now also be an opportunity to alter that.

Formula 1 is making big changes as it is — it is desperately trying to cut costs too, something that a simpler, more pragmatic basic rule set will far easier achieve. There surely has to be a way to allow brilliant engineering to once again take sway over the current norm of data-driven F1 design?

All of the cars I mentioned above were brilliant — from Moss’ Cooper and Lotus though to the Dallaras, Marches and Tyrrells. They were simply designed to overcome the odds. And those odds they certainly did overcome.

Today’s F1 philosophy prevents that. But right now there exists an opportunity to alter that. How about it, Ross…?