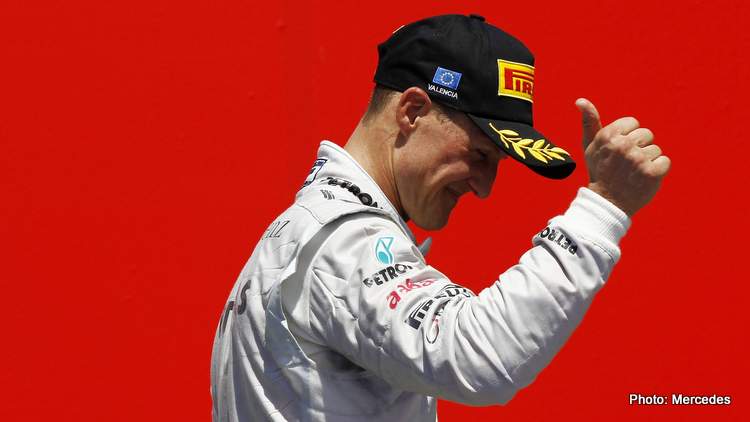 The interview conducted by RTL7 took place about a month before the life-altering accident, in the wake of Schumacher’s first season on the sidelines after his comeback with Mercedes.

After his stellar career at Ferrari, Schumacher quit the sport. But in 2010 he was lured back to spearhead the Mercedes works team in F1 for the first time since 1956, alongside fellow German up-and-coming (at the time) Nico Rosberg.

The stint with the Silver Arrows may have been devoid of the success Schumi was used to, but he did help set the foundation of the great team it has become today. At the end of 2012, he decided to quit the sport.

A year later he gave the interview, and was asked if he felt times had changed for the better or for the worse, Schumi replied: “Times have changed for the better. Formula One never stands still, always moving forward. You can’t enter Formula 1 as easily as you used to but I think it is the same in all professional sports.”

Schumacher’s remarkable records in F1 are the stuff of legend, but when asked if he regretted not staying a year longer to become the driver with the most starts, Schumi replied with a smile, “I prefer records for success rather than just being around.

“We showed [in 2012] it’s not all about horsepower, it’s about drivability, fuel consumption, it’s a package. Teamwork is so important too, and don’t forget aerodynamics,” added the legend with reference to his final year with Mercedes. (Report by Roy Franco; Photo by Mercedes)

Here is the full interview: