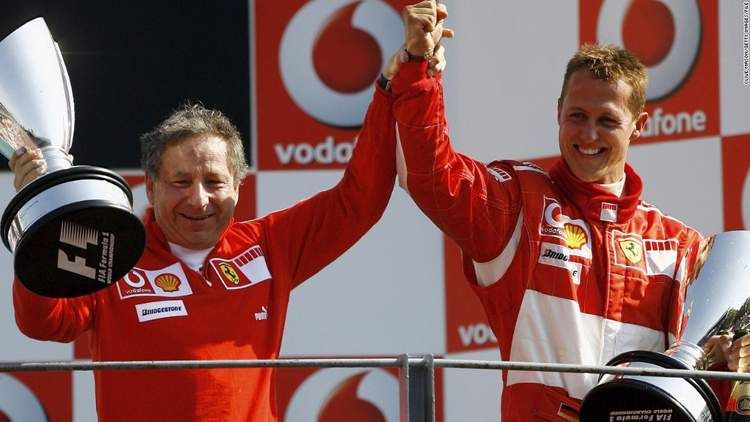 They were the first real Formula 1 dream team, Ferrari built around Michael Schumacher led by Jean Todt with the likes of Ross Brawn and Rory Byrne all assembled by Ferrari president of the time Luca di Montezemolo.

It took time to get going but when all the boxes were ticked at the turn of this century the Scuderia became a winning machine that simply tore up the F1 record books.

Schumi was by far the most successful driver with his 91 Grand Prix wins – 72 of them as a Ferrari driver – and seven F1 world titles. When the party ended, after a run of five dominant years, few believed those records would be matched let alone beaten.

However, two decades into the 20th century and Lewis Hamilton is soon set to raise the benchmark even higher, something former Ferrari boss (now FIA President) Todt acknowledged ahead of the Scuderia’s 1000th Grand Prix this weekend in Mugello.

“Lewis will beat all of Michael’s records simply because he is a very talented driver,” Todt told reporters in Italy. “He is motivated and driving for the best team. He has the best car, the best engine so all the ingredients are there.

“It is positive logic that when you do so well in life you get the benefit of it, and that is what is happening with Lewis and Mercedes. We thought the records would be very difficult to beat, but long stability of the regulations has helped them.”