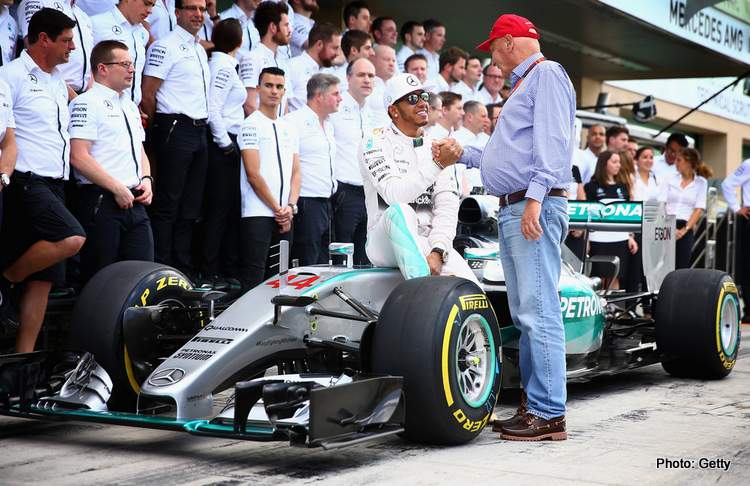 Ross Brawn’s revelation a two years years ago that Niki Lauda convinced Mercedes pay up and to lure Lewis Hamilton to the team makes for interesting reading right now.

It is worth recalling that from 2010 to 2013 Mercedes had only won one Grand Prix since their return with the takeover of Brawn GP. Thus Hamilton’s signature was a massive coup but it came with a hefty price tag of $25-million which only Mercedes could afford – convincing them to spend was Lauda’s crusade.

Brawn recalled his time as part of the founding fathers – Toto Wolff and Niki Lauda included – of the current generation of the Silver Arrows, “Our first common job was to bring Lewis Hamilton into the team. Niki was crucial in this process.”

“I convinced Lewis, visit us, but it was Niki who persuaded the Mercedes board to give us the money for Lewis. And that was no easy task.”

When Hamilton joined Mercedes in 2013 they had only won one race in three seasons, they were hardly a force. He only won one race with them that year but that changed a year after with the advent of the new hybrid-turbo era.

Since then the Briton has won 56 times for Mercedes and banked north of $200-million for his efforts, Brawn pointed out, “It turned out to be an important moment on the team’s current path.”

The former team chief recalled that with Hamilton in the fold, Lauda took an active interest in the day-to-day operations of the team, “He did not have to do that, but he wanted to understand the process in the team and he wanted to be an active part of it.”

“I have to admit that he had a rather relentless approach and that there were many situations in which we clashed. But I think we found a good working relationship during the Mercedes time that the team ultimately benefited from, and Niki’s advice has always been valuable – not on operational issues, but on the big picture.”

“His legacy is huge. He was an important part in the development of the team that currently dominates Formula 1 and could possibly be the most successful in the history of the sport,” ventured Brawn who left Mercedes at the end of 2013.

Hamilton: Niki brought Mercedes to me