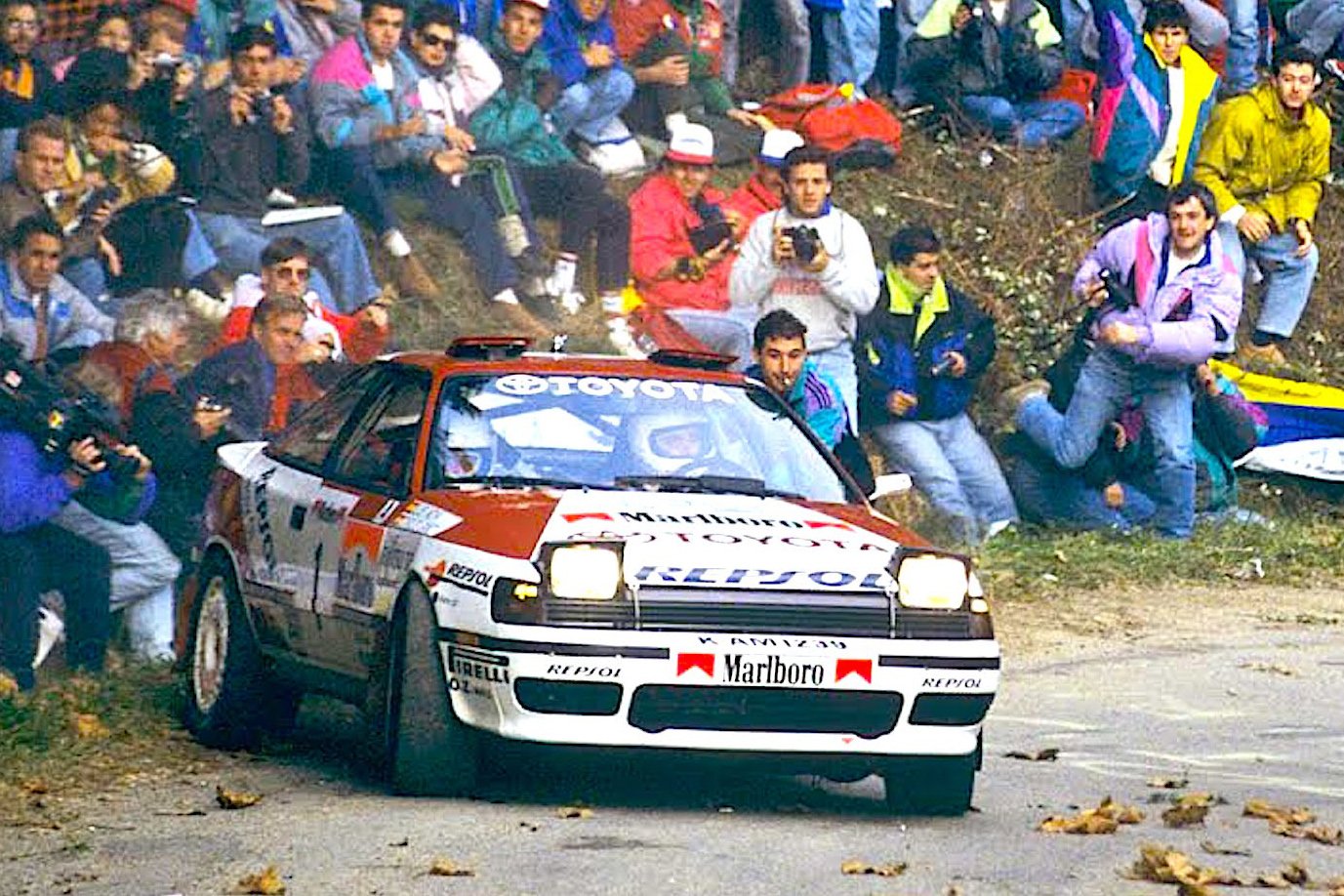 The man who came from 28th overnight to lead Dakar 2021 after the first day of real racing surely needed a wealth of racing experience to pull it off. And that wraps Carlos Sainz up to a tee.

Like all the Dakar legend drivers, Sainz bears an incredible pedigree, which the 58-year old reigning champion has leaned on heavily to deliver three Dakar wins so far. In our second of our series on the Dakar’s Who’s Who, we take a look back at what has made Carlos Sainz Cenamor legend.

Born in Madrid in 1962, like many of his rivals, the man known as El Matador is multi talented beyond just rallying and racing. Sainz played football at top junior level and was Spanish squash champion at the tender age of 16. He first tried his hand at racing in Formula Ford while still playing squash studying law in the late 1970s. 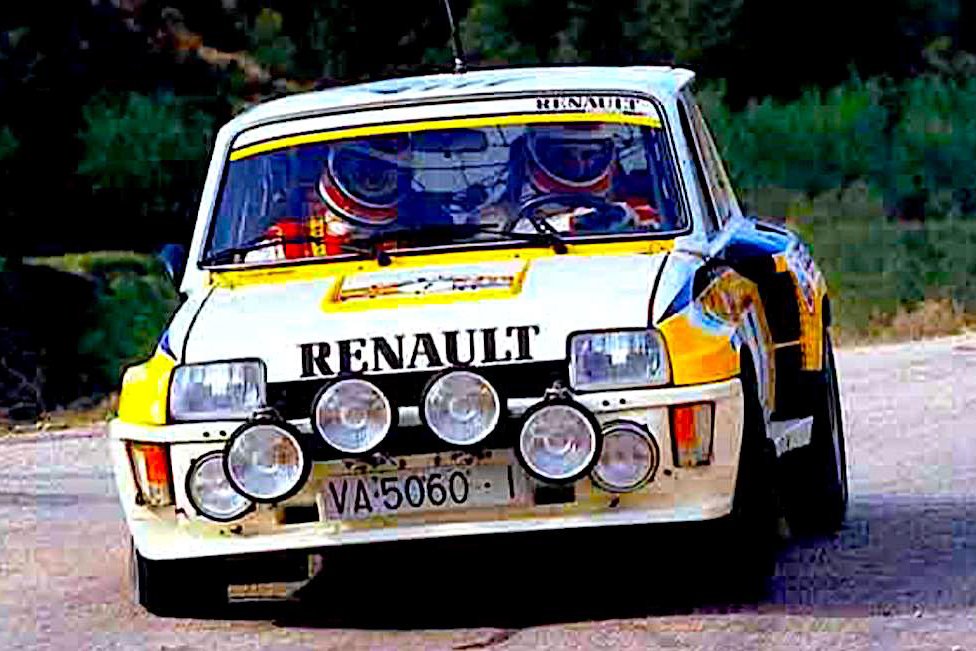 Sainz enjoyed his track experience but switched to rallying in 1980. He progressed steadily and was runner-up in the Spanish Rally Championships in 1986 driving a Renault 5 Turbo. He then took a double home rally championship in a Ford Sierra RS Cosworth in 1987 and 1988. Impressed with Sainz’ prowess, Ford gave him a World Rally championship chance 1987 and Carlos soon impressed.

He finished seventh in the Tour de Corse and eighth on the RAC Rally and was retained for 1988 alongside Luis Moya, who would remain his navigator for the next fifteen years. Sainz delivered a pair of fifth-place finishes at the Tour de Corse and the Rallye Sanremo, along with seventh on a frozen RAC Rally that year, in spite of his rear-wheel-drive Sierra’s disadvantage against the all-wheel-drive competition. 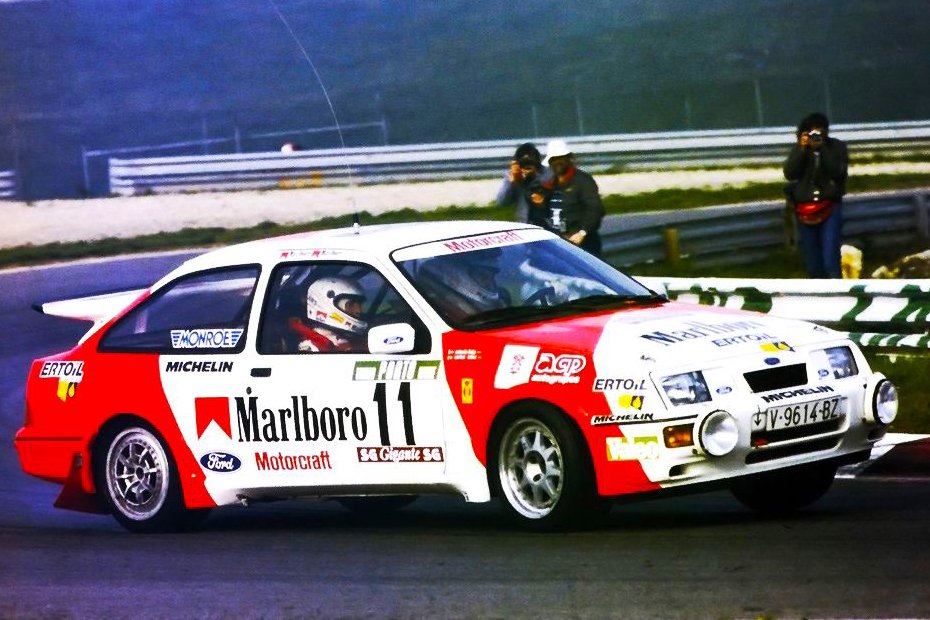 With no prospect of a competitive car, Sainz signed for Toyota to drive the until then less than competitive Celica in 1990, It had only really scored on endurance rallies like the Safari. Still, Sainz struggled with four retirements but then took a trio of podium on the trot and only missed out on certain RAC Rally victory due to a late mechanical issue, which dropped him to second.

Sainz then took the Celica GT-Four to his first WRC victory at the Acropolis Rally the following year and went on to win in New Zealand before becoming the first non Norse driver ever to win the 1000 Lakes Rally of Finland. He went on to clinch his first World Rally Championship for Toyota as he made up for the previous year’s disappointment with a RAC Rally UK win to end Lancia’s WRC domination since the advent of the Group A era in 1987.

Sainz narrowly lost his title defence against Lancia and Juha Kankkunen in ’91 as both drivers won a record five rallies each. Sainz however bounced back to take the ’92 title aboard the new ST185 Celica. That followed a similar fight with Kankunnen and Didier Auriol with wins on the Safari, at home at Catalunya and the title-deciding RAC Rally.

Sainz left Toyota at the end of ’92 to drive a Lancia-backed privateer Jolly Club Lancia Delta Integrale, but he struggled,. His best results were a couple of second at the Acropolis Rally and in San Remo Rally, but he was excluded for using illegal fuel in the latter rally. 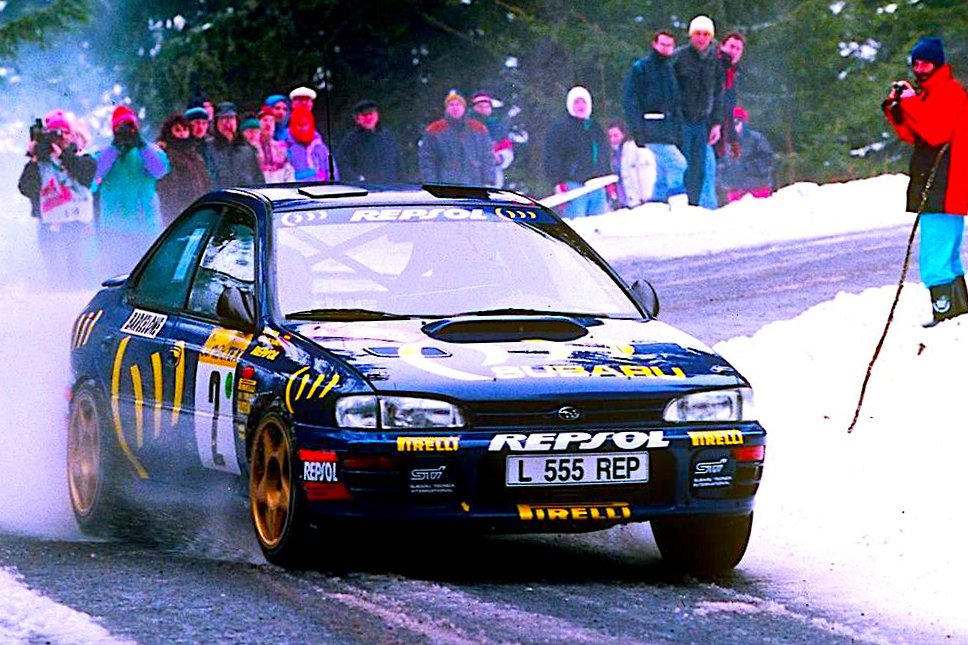 Sainz then moved to Subaru for 1994, where he also worked as a development driver on the new Impreza WRC car. He won the 1995 Monte Carlo, Portugal and the and Catalan WRC rounds and was tied with teammate Colin McRae for the lead in the drivers’ WRC going into the season-ending RAC Rally. McRae won by just 36 seconds.

Having being made to play second fiddle to McRae, Sainz moved back to Ford in 1996. He won Rally Indonesia and took five more podiums as he drove an Escort RS Cosworth third in the drivers’ world championship. He won again in Indonesian and at the Acropolis Rally en route to third in the ’97 championship, before beating the best drivers in the world to win the Race of Champions at the end of 1997. 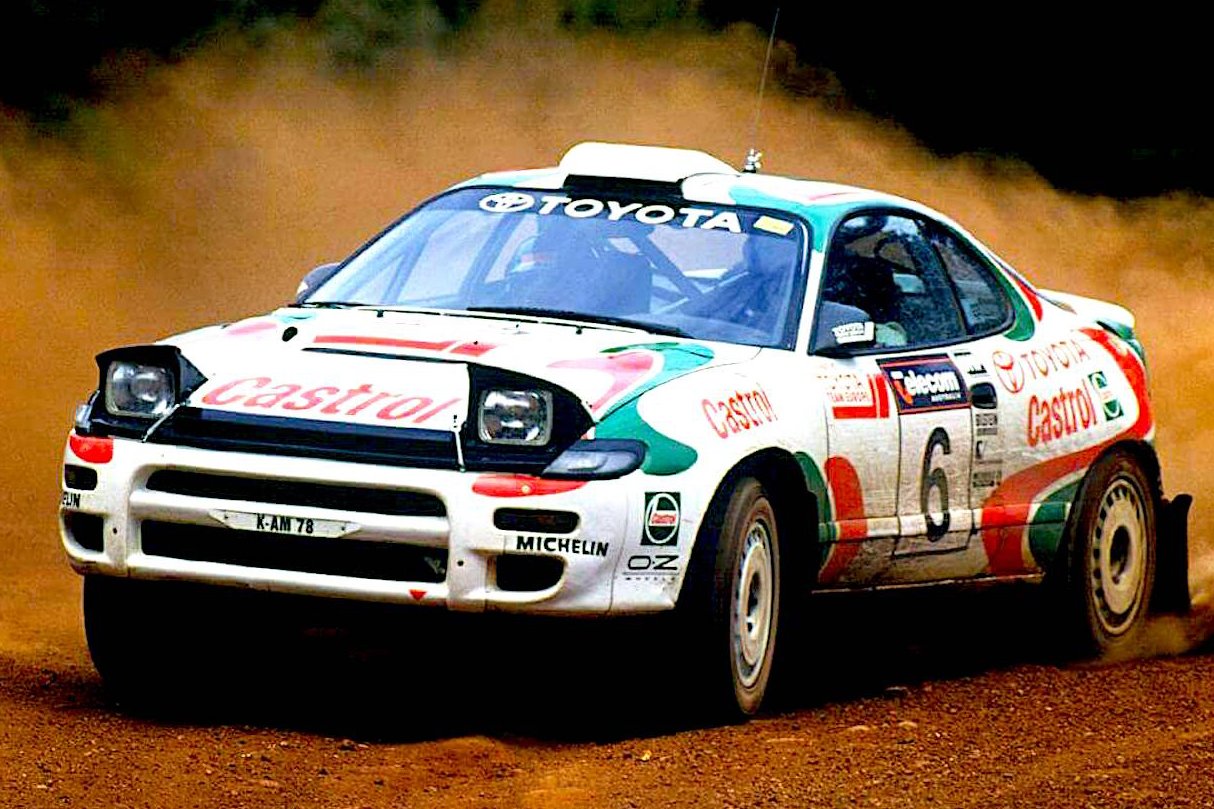 Sainz then moved back to Toyota to drive the new Corolla World Rally Car in 1998 and won on his first outing at Monte Carlo and again in New Zealand. Sainz looked set for a third WRC title when his car broke 300 metres from the finish of the last stage of the RAC Rally to hand both titles to Tommi Mäkinen and Mitsubishi. Sainz had a tough following season but still contributed handsomely to Toyota’s ’99 manufacturers’ title.

Sainz then moved on to Citroën for 2003, where he took the team’s first gravel win in Turkey in the Xsara WRC on his way to third in the championship. He went on to score his final world rally victory in Argentina in 2004 before retiring from rallying. Carlos Sainz was voted by the best rally driver in history by his rival drivers, the co-drivers and WRC team bosses during that year. He did return to twice replace the injured François Duval and ended fourth and third in both 2005 rallies.

Sainz clearly had itchy fingers, for he was confirmed as a Volkswagen driver for its fledgeling Dakar campaign. He finished 11th on his Dakar debut with four stage wins in an experimental buggy in 2006 and in 2007, he ended ninth with five stage wins. And he went on to win that year’s FIA Cross-Country Rally World Cup. In 2008 he won the Central European Rally, which replaced the cancelled Dakar. 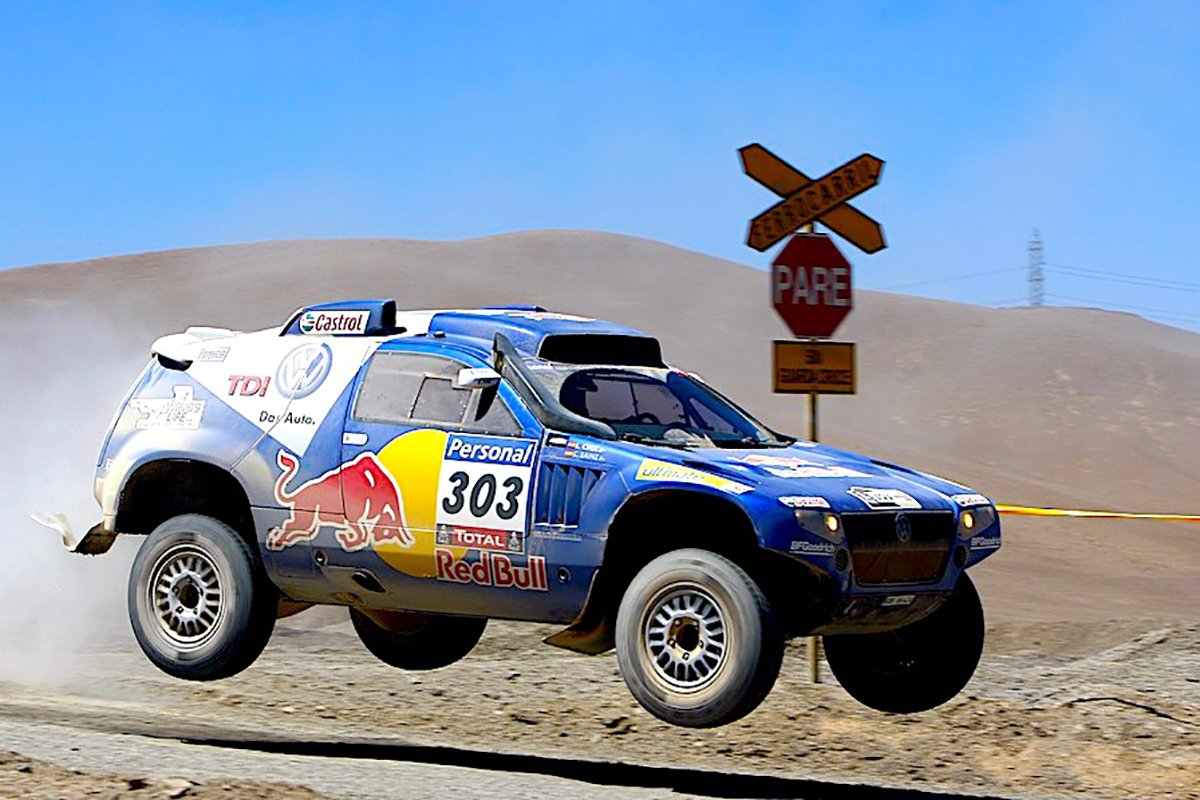 In 2009, a charging Sainz led the Dakar until crashing out on the 12th stage with four days to race after six stage wins. Carlos made good by winning the Silk Way Rally in China that year and went one better to win the Dakar in 2010 off a more tempered approach, with just two stage wins and backed that up with another Silk Way win. Sainz then ended third in VW’s final Dakar with three more Dakar stage wins, as he assisted Volkswagen in developing its dominant new World Rally Polo. 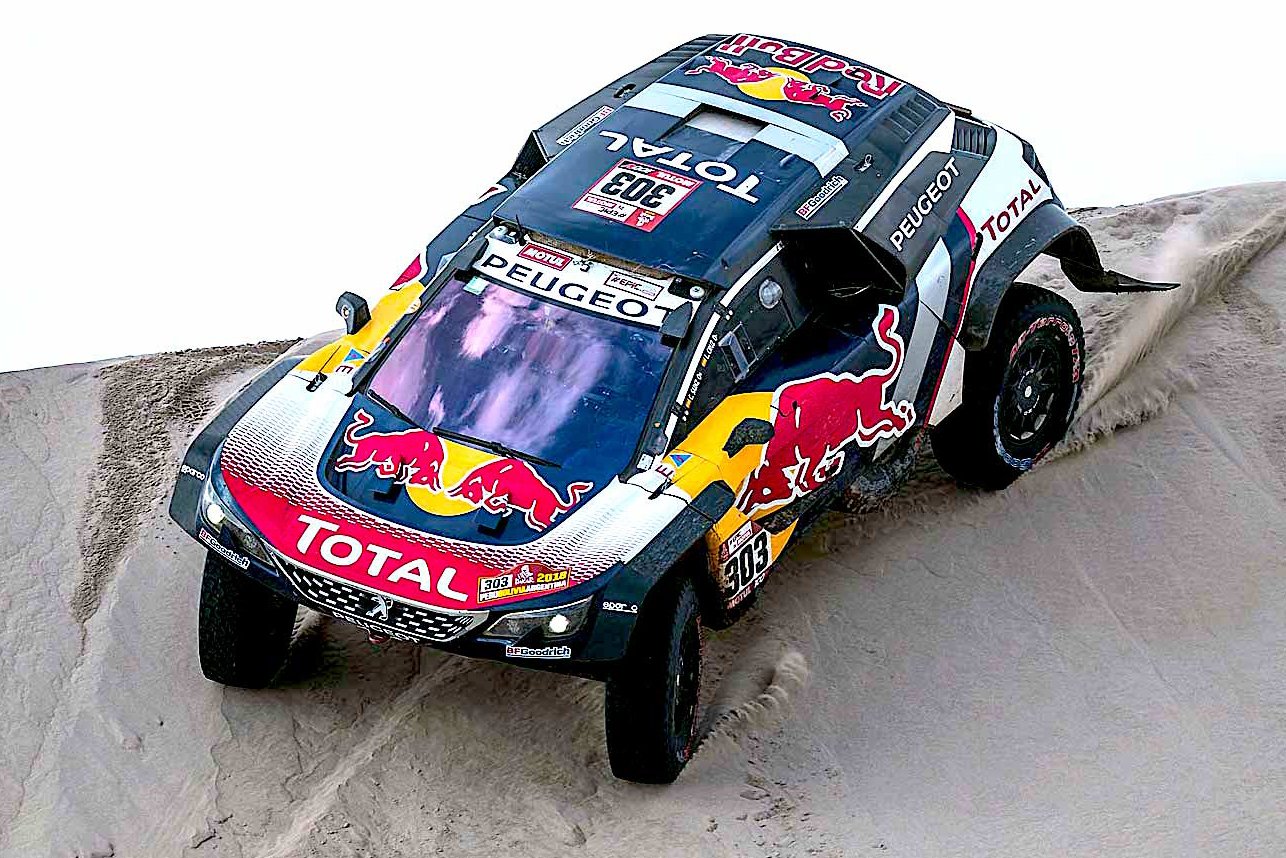 He then moved on the Qatari Jeffries buggy team alongside Nasser Al Attiyah for the 2013 Dakar, winning the first stage before a stage 6 engine failure. He won two more stages the following year before crashing out. Sainz then joined Peugeot for Dakar 2015, but retired after an early crash. He won two stages before a gearbox failure the next year and then rolled out in 2017. He made good however, taking two more stages on his way to winning Peugeot’s final Dakar in 2018. 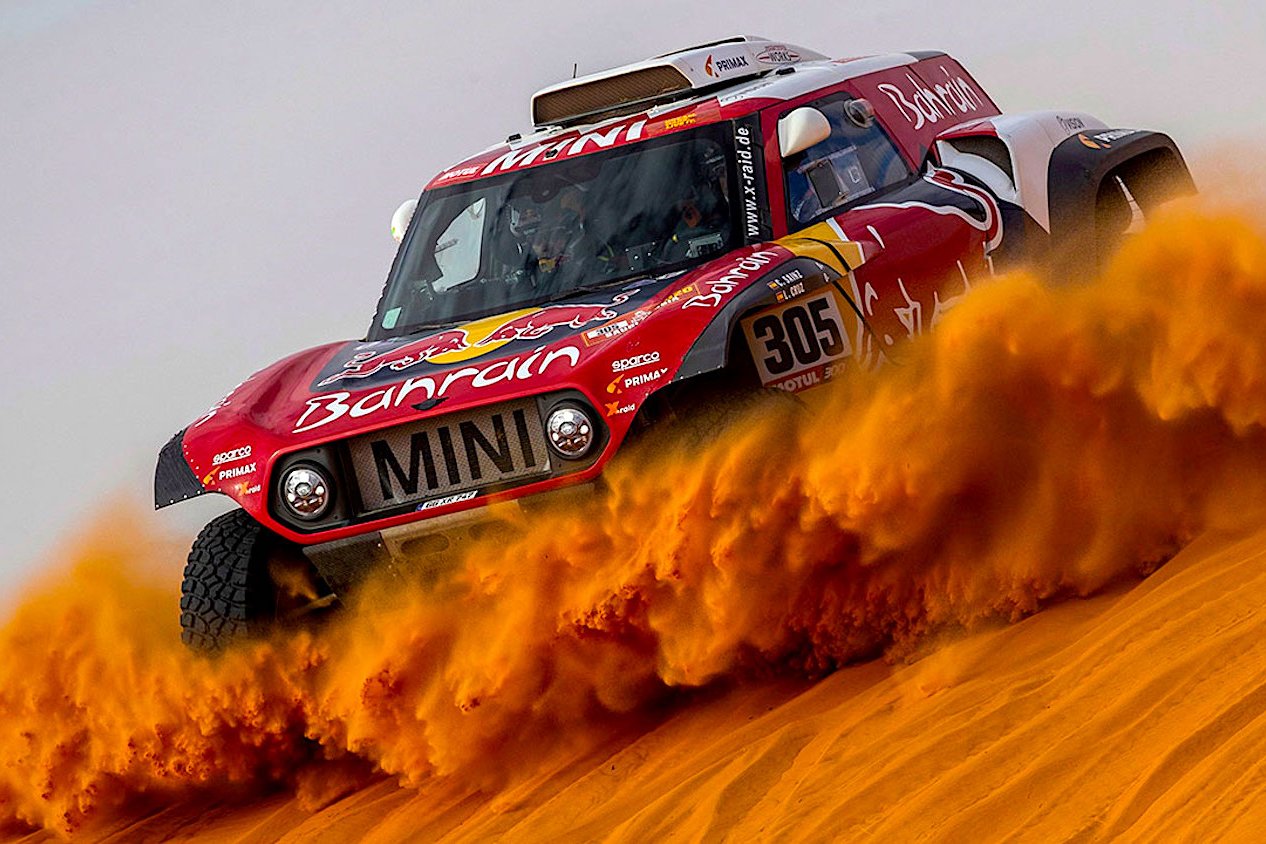 Moving over to Mini for 2019, Sainz had a troubled first run with the new buggy, scoring a stage win en route to 15th. But he made good in 2020 as he stormed to victory after four stage wins. So far in 2021, Carlos had won the first stage and lay second overall behind Peterhansel after the second day, at he time of writing.

As is clear, Dakar’s legend drivers have two things in common — they are generally older men, and they have a wealth of racing experience under their belt. A trusted combination with a proven track record in the toughest race on earth…