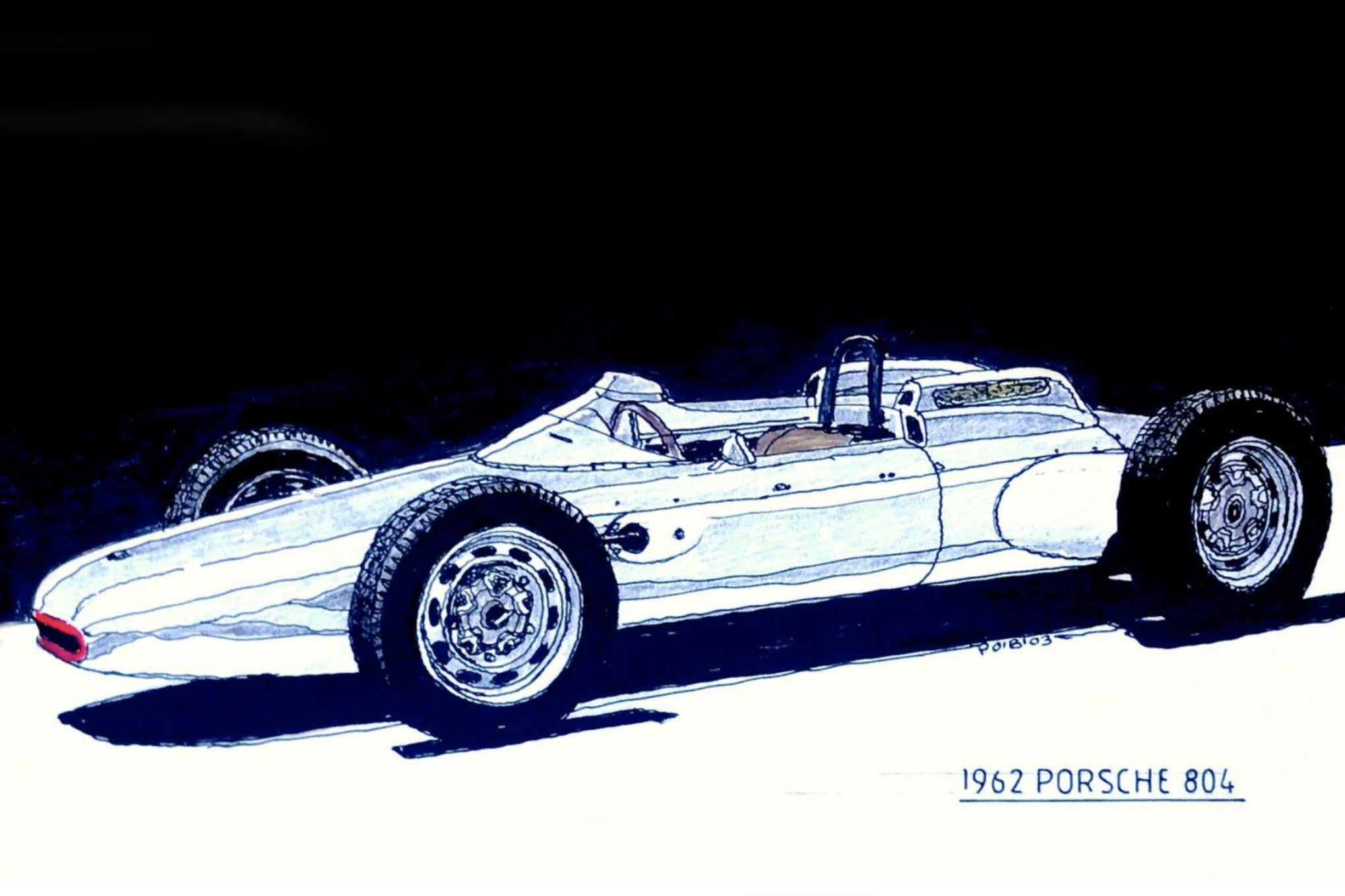 In today’s Hamilton and Vettel Formula 1 era, we hear time and again how ten kilos more fuel costs three-tenths of a second a lap.

Over a 70 lap race distance, that adds up to 21 seconds. In 1962 Porsche had the 1.88m tall Californian Dan Gurney as its number one driver. He must have weighed in at around 90 kilos — at least 15 to 20 kilos heavier than Jim Clark or John Surtees.

Porsche number two, Jo Bonnier was 1.77m tall and also heftily stacked at around 80 kg. Now consider that those early-sixties fifteen-hundred Formula 1 cars made around 140kW compared to today’s 600kW monsters, but they ran at more or less the same weight and it becomes clear what Porsche’s pace problem was likely mainly due to its portly pilots.

In those days, such factors as power-to-weight were not as seriously considered — the Porsche’s power-to-weight deficit for 10kg must have had more than five times the effect it has on Sebastian Vettel’s 2020 Ferrari or Lewis Hamilton’s Merc. That translates to about 1.5 seconds a lap – add it up and it comes to well over a minute-and-a-half over a full race distance!

They started at the back of the grid having arrived at the circuit late, but the bearded Swede just failed to catch the Lotus twins Clark and Taylor by the time the chequer fell.

Producing 140-odd kW, the little eight was in the BRM, Lotus, Cooper and Lola-Climax and Ferrari ballpark and despite promising showings by Gurney and Bonnier early in the 1962 season, niggling problems and unreliability prevented any real success, while Porsche missed the Belgian GP at Spa in favour of detail development — a Stuttgart specialty.

The revised cars appeared at that beautiful public road course at Rouen for the French Grand Prix where Gurney benefited by the retirement of others to claim Porsche’s first Grand Prix win. Gurney followed that up with a staggeringly quick pole at the Nurburgring — over three seconds faster than Hill and Clark, but he only finished third after a cockpit mounted battery came loose, yet he still ended up just four seconds adrift of Hill’s BRM and Surtees’ Lola-Climax. 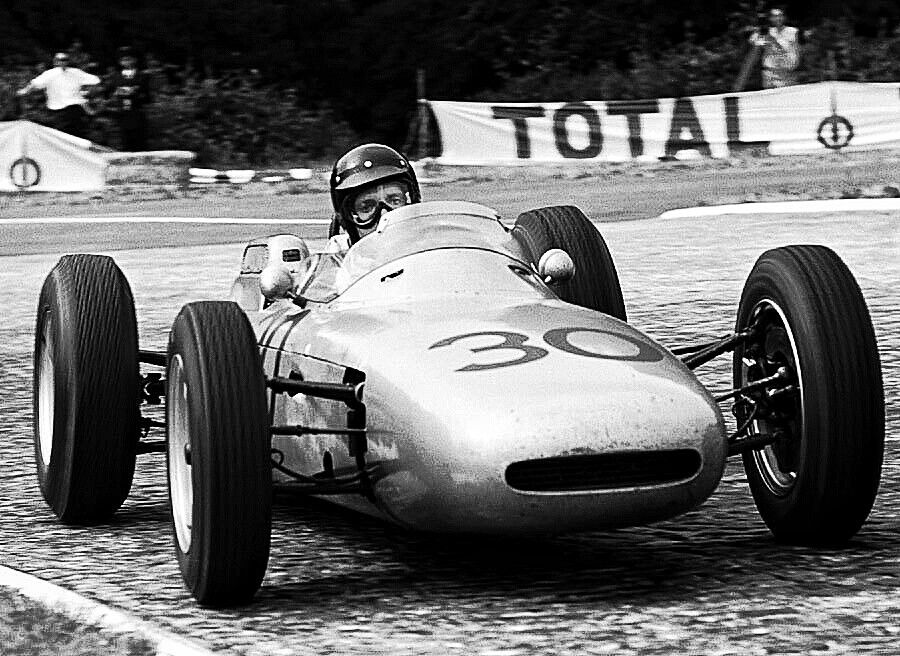 Gurney and the Porsche with the 804 just could not quite match the BRMs, Coopers and Lotuses overall throughout the season. Patchy reliability and slow development were contributing factors but how much of that was really due to the large-framed driver? Hill’s BRM and the Cooper-Climax were the season’s fastest cars, just a whisker quicker than the Porsche, which was ahead of Clark’s monocoque Lotus 25 and the new Brabham.

As a driver however, Gurney was 0.2% slower than Graham Hill, 0.3% slower than Jack Brabham, 0.6% slower than Clark and 0.8% slower than Surtees in 1962. Was this driver ‘deficiency’ due to Dam’s extra weight or lesser talent?

As with Nigel Mansell a quarter century later, it is an intriguing quandary and whatever the reason, it was as always the speed of the total package, the driver and the car that determines the results. The Hill/BRM, Brabham/Brabham-Climax and Clark/Lotus-Climax combinations were just too fast and Surtees was the best driver of all, but his chassis-flexing Lola-Climax was way off the pace…

Porsche however pulled out of Formula 1 before the end of the ’62 season. Contemporary reports claimed Zufferhausen felt that it could not compete with specialist British F1 teams using sports racing and road car components. But because no system of performance-based, separate driver and car ratings had been devised by then, Porsche had little way of knowing that its problems were not technical after all, but rather as a result of a driver-borne power to weight defict?

Porsche re-entered Fl over twenty years later purely as engine supplier — first most successfully to McLaren between 1983 and ’87 and then disastrously to Arrows in ’91, but how much richer could F1 have been had Zufferhausen continued with its own cars after 1962? Porsche after all had all the credentials of Maranello in a long and most successful history of racing through its founder going back to the 19th century, technical expertise at the highest level, all the necessary enthusiasm, the personnel, the equipment, including a test track to do it…

It is sad for F1 then, that Porsche so lacked the self-confidence in its technical abilities back in 1962 — it could so well have enjoyed just as much success in Formula 1 as it achieved in other top racing formulae over the years…