Villeneuve: Schumacher had total disrespect for other drivers 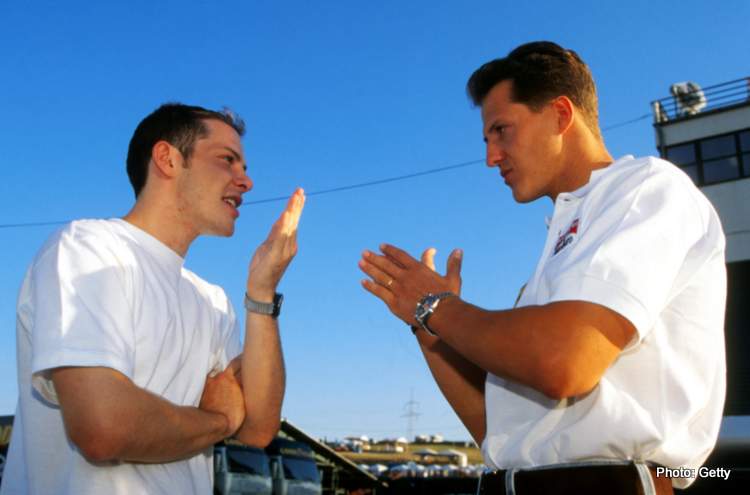 Almost a quarter of a century ago, French authorities wanted to charge Michael Schumacher on his title defining move on Jacques Villeneuve, who still remembers.

Villeneuve blames his old rival Schumacher for the do-or-die driving that prevails in racing in this era where drivers have scant respect for one another in a recent interview.

The 1997 Formula 1 World Champion, known to drive anything with wheels on, was at Knutsdorp in Sweden guest driving on the local Porsche Cup series when he opened up to Expressen with regards to his former rival and his own racing journey.

Asked if he felt Schumacher crossed the border of sportsmanship, Villeneuve replied, “Yes, yes, because it was a total disrespect for other drivers and what racing is all about.”

“He started an era where now everyone does it. Looking at what people do in Formula 2 and Formula 3, it’s weird that we don’t have a couple of deaths every year.”

He pointed out that in Lewis Hamilton Formula 1 has a worthy World Champion, “So far Lewis has been great for, he has done nothing that is beyond the accepted boundaries on track. That’s the big difference, he’s more of a gentleman on the track. A quick driver but clean.”

Nevertheless, the Canadian sees dubious tactics used to this day in the top flight and argues that almost all modern drivers have ‘dirty tactics’ in their armoury, “Yes, almost everyone. They change lines, they block and brake check, things that you should not see. It’s strange.”

Villeneuve is the son a Formula 1 legend Gilles Villeneuve just as 20-year old Mick Schumacher is, thus inevitably questions are asked about the pros and cons of being the offspring of a famous F1 driver.

But the 48-year-old brushes off suggestions of similarities, “I came to F1 after winning the Indy 500 and the Indycar championship. But everyone wanted to see a continuation of my Dad’s career because he never won the World Champion title.”

“But I did not do it for his legacy, I did it because I loved the sport but then no one wanted to listen to me and they became angry. So I stopped talking about it. Some wrote that I hated my dad, but that’s not true.”

“Mick has done well because he is surrounded by the right people. Right now they are using his name but if he is not super fast they will burn him immediately. It has been discreet until now but that time is over.”

Not one to mince his words the 11 time Grand Prix winner was also brutally honest when he was asked why he retired from F1, “I didn’t quit, I was kicked out. I was told one day that they didn’t want me anymore.”

Villeneuve made 163 Grand Prix starts, celebrating 23 times on the podium, 11 times as a winner. He was 1997 F1 World Champion with Williams. He also raced for BAR, Renault, Sauber and BMW Sauber.