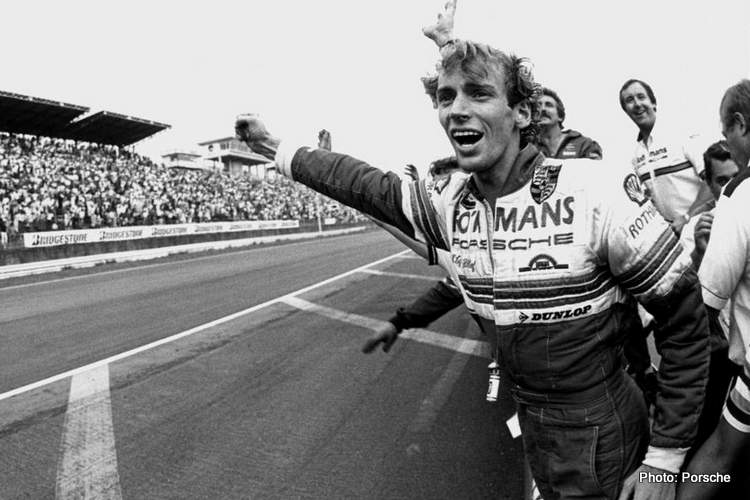 A decade before the Michael Schumacher rocketed to Formula 1 stardom, Germany’s great hope was a 24-year-old called Stefan Bellof

A blisteringly quick driver but something of a maverick, Belloff joined the Rothmans Porsche factory team for the 1983 season. Expectations were mixed at Stuttgart where the highly rated youngster’s temperament was questioned by some, but soon they realised their driver was a rough diamond and it was just a matter of time before he cracked it into the Formula 1 elite of the time.

Early on he rewarded Porsche for their faith in him by delivering one of the greatest qualifying laps of all time, at the daunting Nurburgring Nordschleife, in the cockpit of the magnificent but brutal Porsche 956.

It happened on 28th May 1983. The weather surrounding Eifel region was icy and miserable, but it was dry. Porsche rolled out the 956 with 13-inch front-axle rims for the first time. The larger camber angle and modified steering system to enhance the turning ability of the car, handy for the twists and turns of the Green Hell.

The track was a tad shorter due to construction work, but recalling that day, that lap in the qualifying for the Bitburger ADAC 1000 at the Nurburgring, people still shake their heads in disbelief.

Porsche reported: “Bellof made the most of what the engineers gave him to work with and popped a jaw-dropping 6:11.13 lap around the 20.83 km of tarmac at it’s most treacherous. He tread the razor-thin line between brilliance and recklessness.”

He was five seconds faster than former F1 driver Jochen Mass in the sister Rothmans Porsche and half a minute faster than the then F1 reigning world champion Keke Rosberg in a non-factory version of the car.

Rainer Braun, Bellof’s manager at the time, recalled, “When the time appeared on the display, I thought, ‘That can’t be right—there must be something wrong with the clock.”

But there was no mistake. The seemingly impossible was made possible by Bellof’s stellar lap.

The man himself emerged from the 956 and told reporters, “I could have gone even faster, but I made two mistakes… and a 911 briefly got in my way.”

That magical lap time – 6:11.13 – is now etched in the legend of motorsport at one of the most challenging race tracks on the planet.

That magical lap has given Bellof immortality, but sadly his life was cut short when, two years after that, he died of injuries sustained when he crashed his Rothmans Porsche during the 1985 1,000 km of Spa-Francorchamps.

Last year, Timo Bernhard bettered Bellof’s mark in the uprated version of Porsche’s 2017 LMP1, ending up on a 5:19.546, but the car was specially modified while running solo, in the ideal conditions of the day.

The big difference is that Bellof’s time was set in qualifying for the race with 39 cars of various classes on track during the course of the session, and more than half the field were made up of GT and Touring Cars, circulating over two minutes per lap slower.