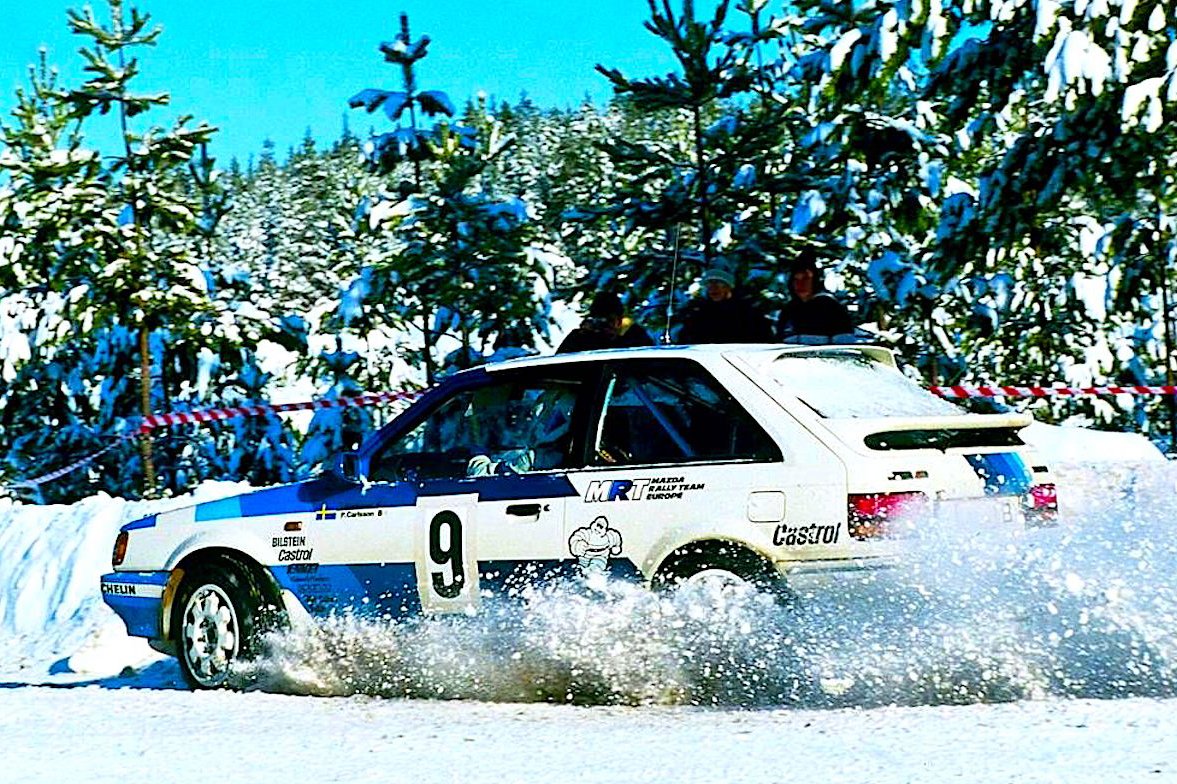 Ingvar Carlsson delivering an icy upset World Rally Sweden victory in his Mazda 323 4WD in 1988, was the exception today in race history.

Most of the rest of today’s big racing went down in the southern hemisphere. That goes back to 1950, when Gigi Villoresi drove a Ferrari 166 (below) to win the Eva Duarte Perón Grand Prix at Palermo Park in Argentina. 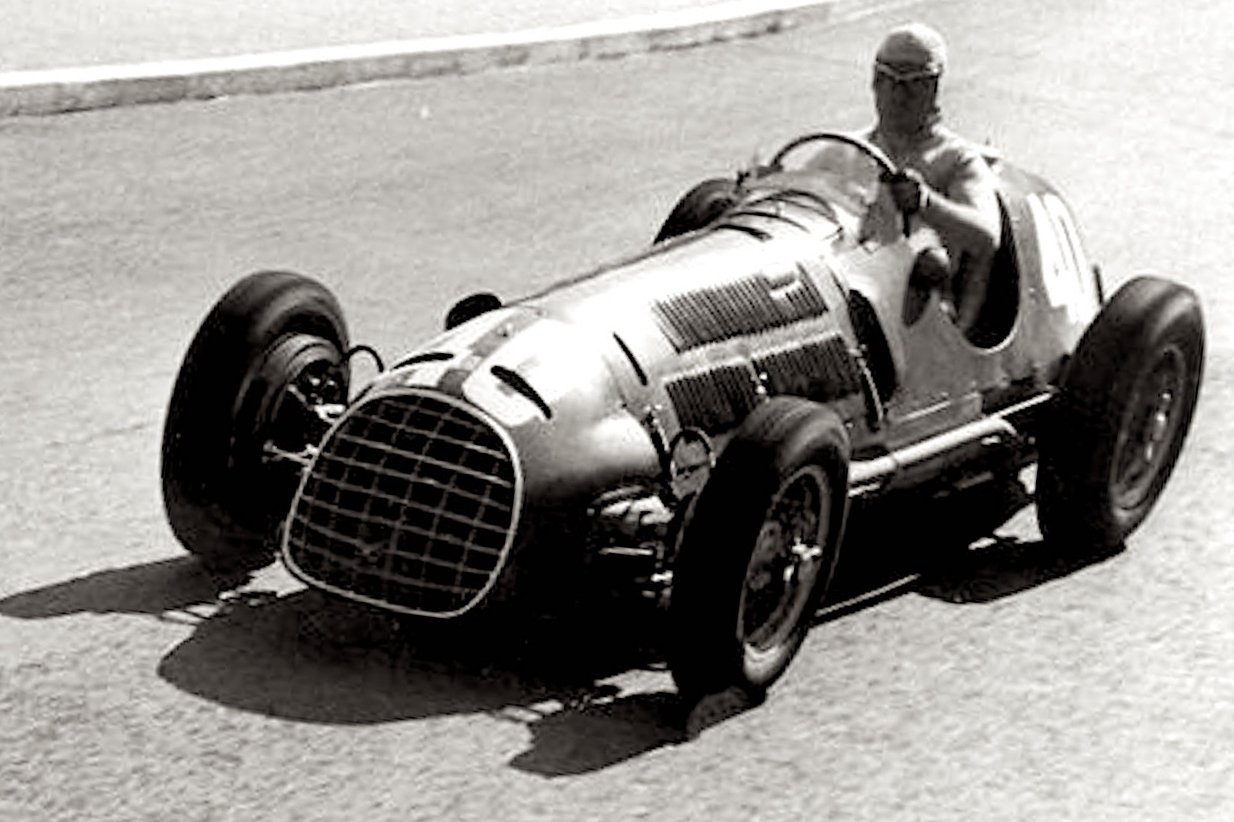 There were two New Zealand Grand Prix at Pukekohe on this day, when Graham Hill (below)drove his Tasman BRM P261 to win in 1966 and Frank Gardner took a sad 1972 win in his Formula 5000 Lola T300 Chevrolet. There was also the Cape South Easter Trophy at Killarney in Cape Town, South Africa on those same days in 1966, when John Love won in his Cooper T79 Climax, and in ’72, when Dave Charlton took his Lotus 72D Cosworth to victory. 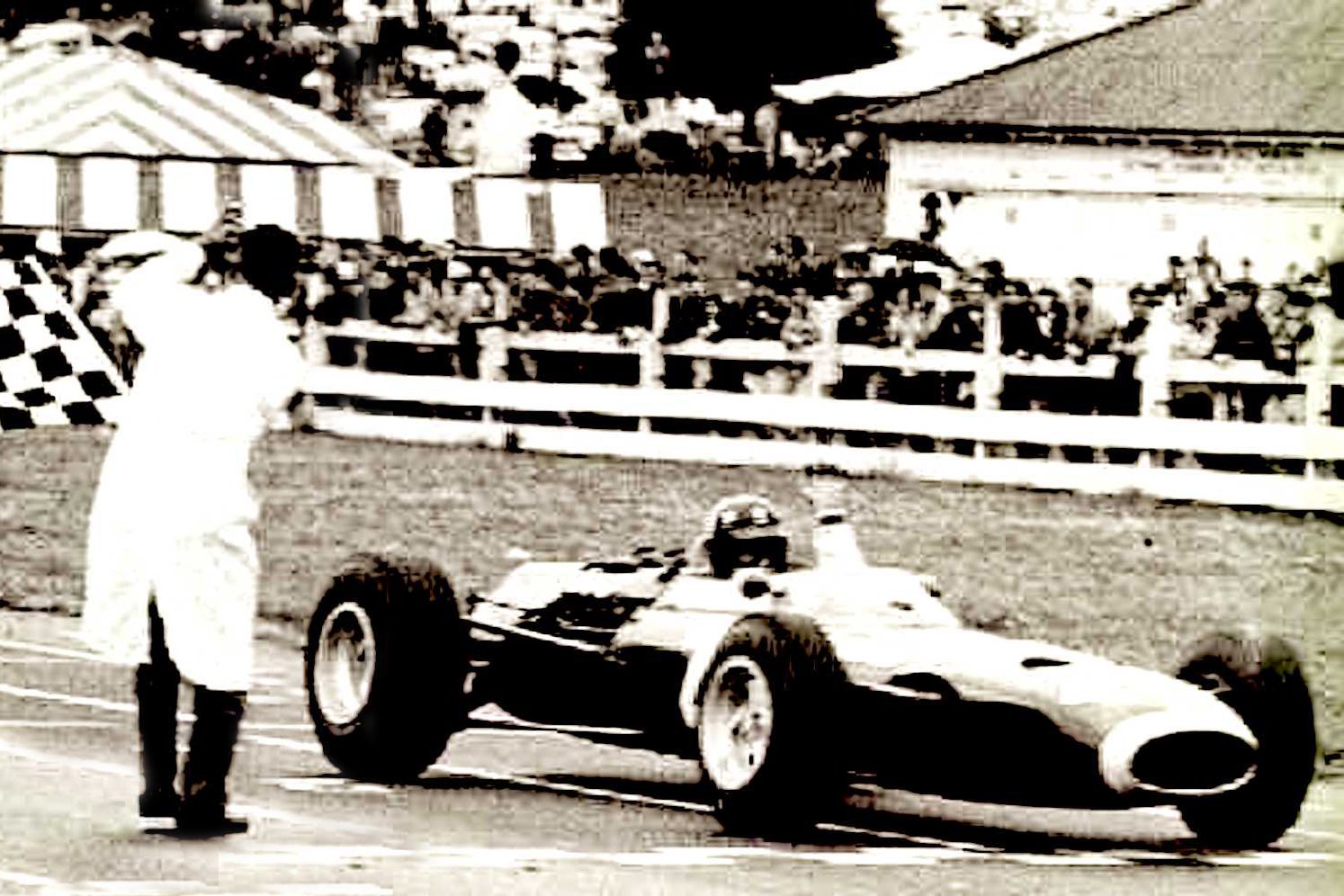 In other news, 37-year-old Michael Schumacher dropped he first hint that he would retire from Formula 1 on this day in 2006. “If I can’t win races and challenge for the title I don’t think I’d be very keen to extend my career.” And in 2015, Alastair Moffatt broke the world record for parallel parking by spinning a Fiat 500 into a gap that had just 7.5cm free space.