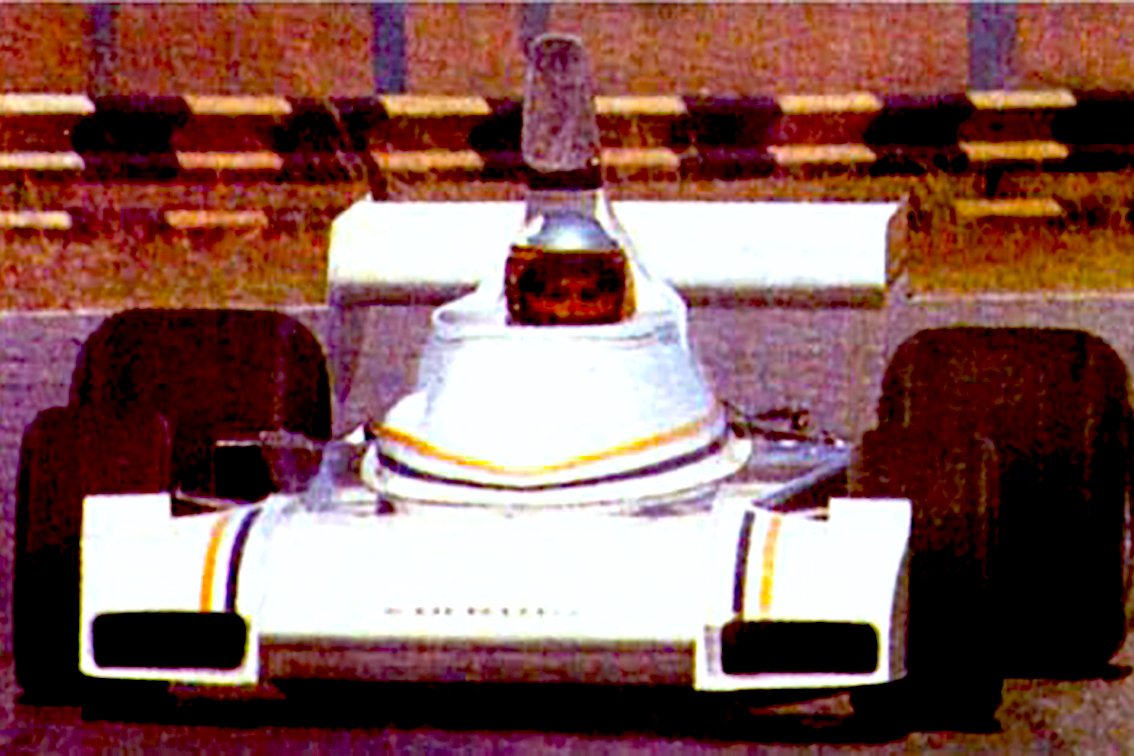 While the 1975 Argentinian Grand Prix will be remembered for Carlos Reutemann’s Brabham retiring almost within sight of the flag to the despair of the local crowd to allow Emerson Fittipaldi to scoop up the win for McLaren on this day 36 years ago, there is another less famous, but quite intriguing story around that race. And no, I’m not talking about Wilson Fittipaldi’s disastrous debut in the family’s new Copesucar. This one’s better than that…

The most curious story of that weekend has to be about Oreste Berta’s LR1. Berta had already surprised the World Sportscar grid with his impressivel little Cosworth-DFV powered Group 5 Prototype at the 1970 Temporada rounds at Buenos Aires, as well as at at the Nürburgring 1000Km. Built at Berta’s La Fortaleza, Córdoba shop in central Argentina, a lack of sponsorship put paid to that car’s short life. 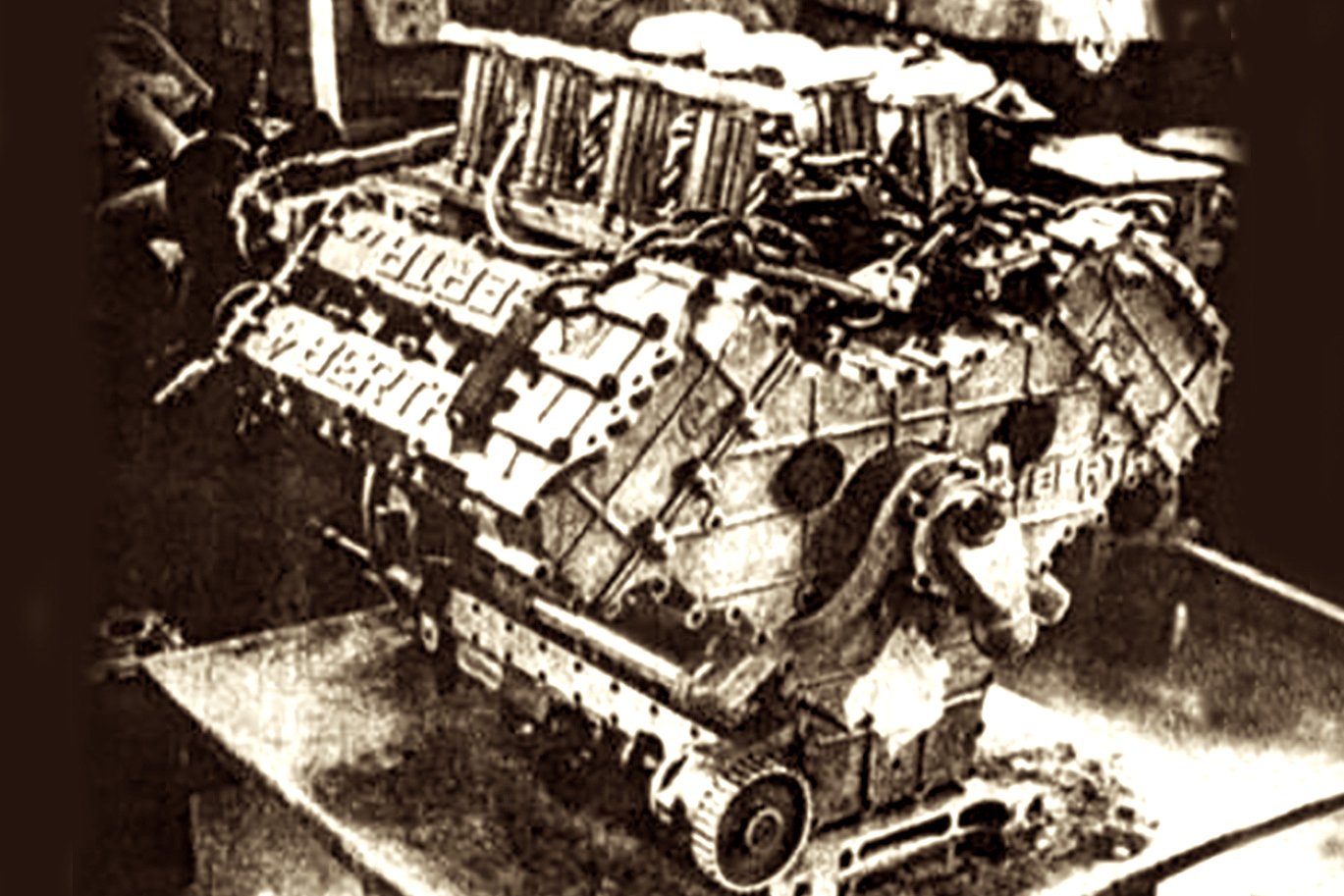 Undeterred, Berta set about building his own 3-litre V8 and he soon had eight orders for new engine. His efforts were however slowed by supplier problems that caused issues in dyno testing, as well as hollow state funding promises. But Berta persevered. Then in 1972, Emilio Bertolini put an evolution of Berta’s LR sports car powered by his eponymous V8 on pole for the Buenos Aires Sudam sports-prototype series opener, in spite of the presence of Europe’s finest…

Sadly a chaotic delayed start caused the engine to boil on the grid. Ángel Monguzzi then put the car on the second row of the Interlagos 500, but a vapour lock caused fuel starvation and retirement from the race. Berta was frustrated, but a 1973 call from Seattle-based Argentine businessman Francisco Mir saw Berta into a new direction. 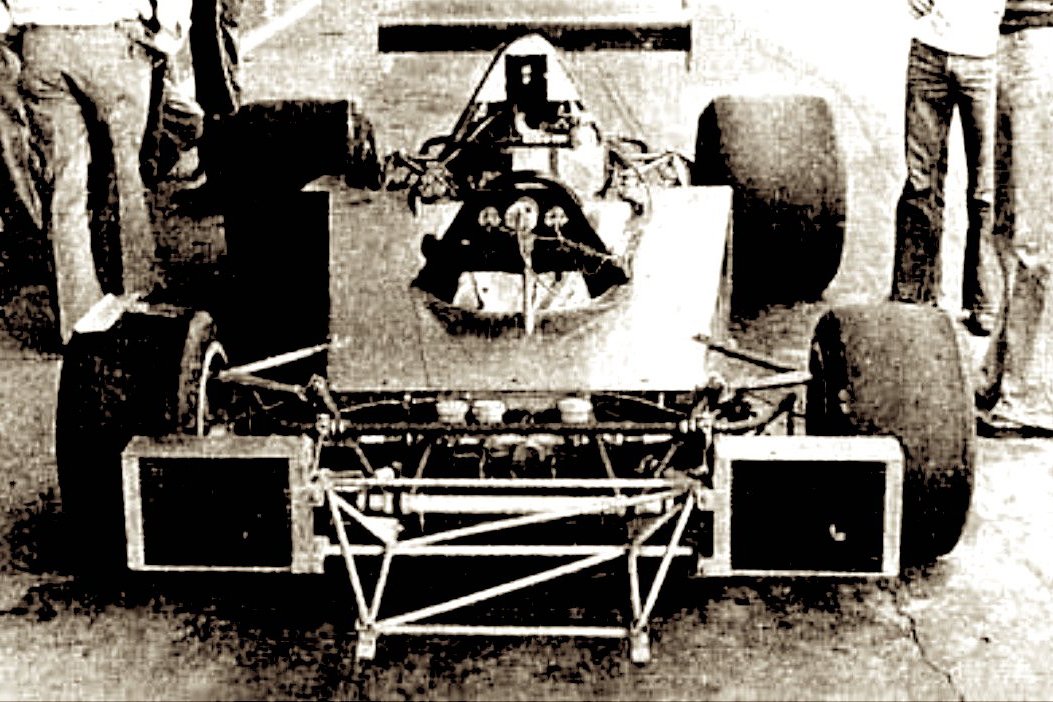 Mir commissioned Berta to build Formula 5000 car. Oreste and his little team quickly built the monocoque, mated it as a stressed member to Mir’s Chevrolet V8 and Berta’s Hewland DG300 gearbox and computer designed the suspension. The car was then shipped to Mir’s US workshop to enable easier access to the necessary lightweight aero fittings and materials we needed completion. Those components were not available in Argentina at the time.

Argentinian Néstor García Veiga tested the car at Willow Springs, setting the second-quickest F5000 lap there in the process. There was another twist as Berta and Mir fell out and and Oreste returned to La Fortaleza to ponder his project’s future. Berta soon went ahead with typical verve, adapting the engine, chassis and suspension. To Formula 1 specification… 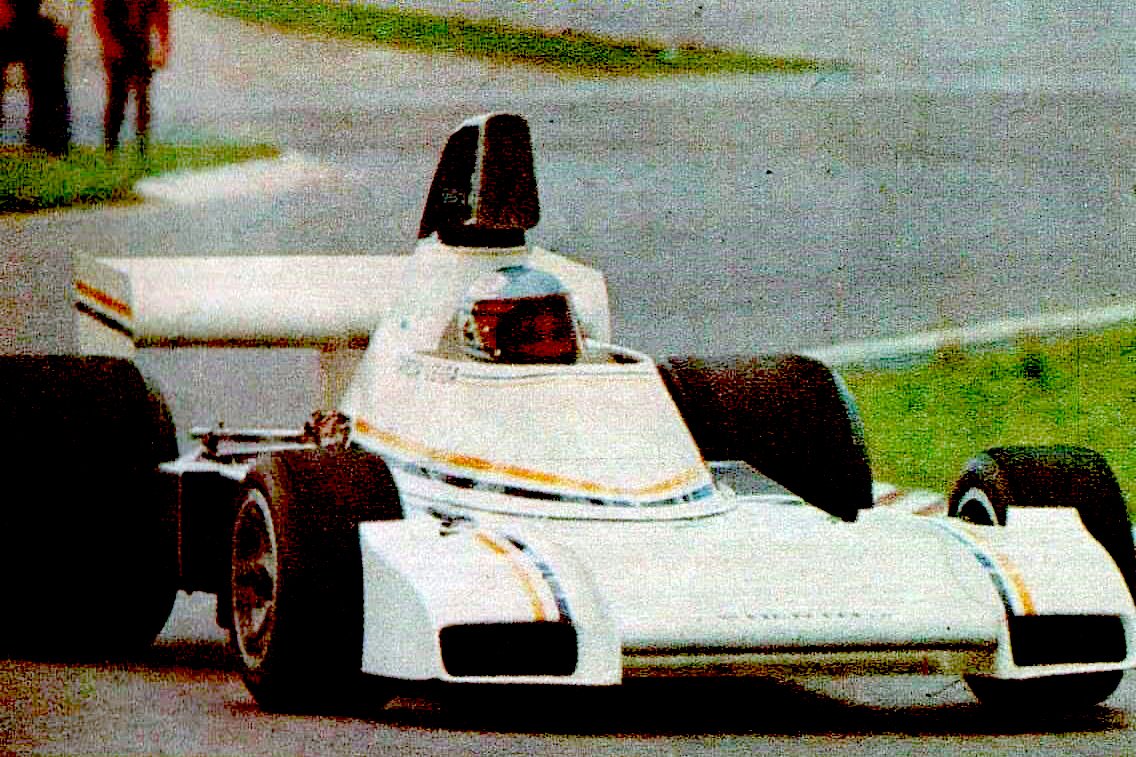 Faced with almost no budget in spite of many promises of support, Berta pushed on, convinced that sponsorship would surely follow once people saw the finished car. The LR1 was duly completed a fortnight before the 1975 Argentinian Grand Prix and Berta towed it the 700km towed to Buenos Aires to shake it down and test on tyres left over from the ‘74 Grand Prix.

First Berta turned in a few laps, before García Veiga took over. The car proved sensitive to set-up changes and the tram managed to sort it quickly, with Viega soon down to times within a couple of seconds of the ’73 grand prix pole time. But the Berta V8 was overheating and threatening to tighten up. Short of funds, Berta could not afford new big end bearings. 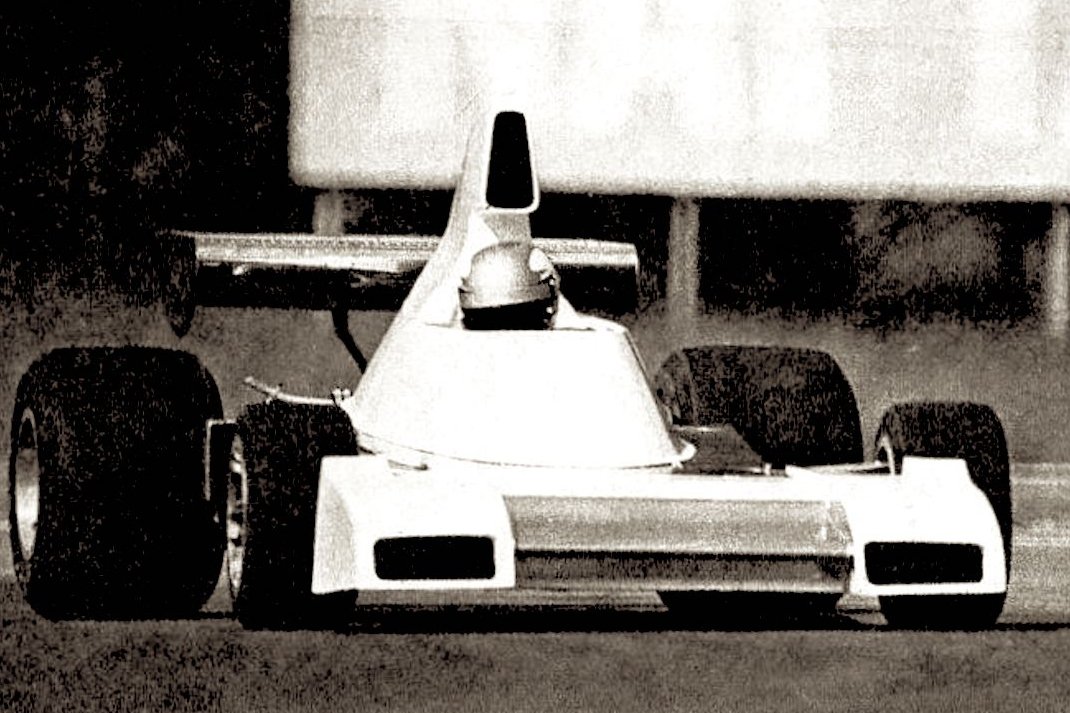 The Fittipaldi brothers offered to loan Berta a Cosworth DFV, but wary of potentially hefty repair bills should it be damaged, Berta graciously turned down the offer. Then local enthusiast Arturo Scalise offered to buy Berta a Cosworth DFV on suggestions that an engine could be flown in in time for the race. Faced with the same dilemmas, Berta again declined.

The Berta LR1 story was however not yet over. US oval racer Bill Simpson was looking to gain road course experience. He saw the Berta and approached Oreste with a plan to convert it back to Formula 5000 spec. Simpson practised at Long Beach, but did not start after a half shaft broke. Berta then put Argentine Rubén Luis Di Palma into the car in a last minute deal for the October Monterey Grand Prix at Laguna Seca. 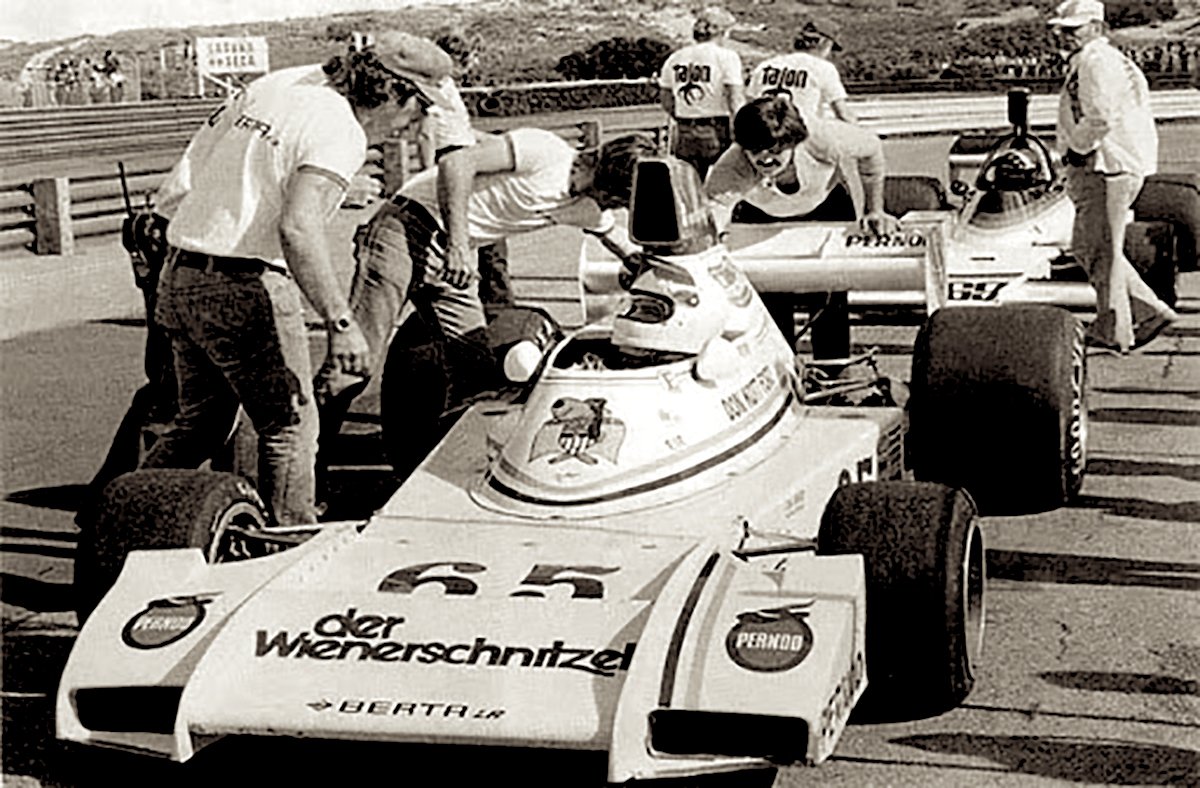 He qualified 28th, 5.5 seconds off Mario Andretti’s Lola T332 pole pace, but the car once again failed to make the start. Berta then put a promising unknown young driver by the name of Rock Mears in the car for a February 1976 non-championship F5000 race at Riverside. Berta’s stars finally aligned as Mears put the LR1 on pole position and led until he spun into retirement.

Berta had to however return to Argentina to pay attention to his business. That brought an end to his optimistic, ever-evolving and versatile F1 chassis’ quite amazing competition life. Oreste Berta went on to become a major force in Argentinean motorsport, scoring several multiple national single-seater, saloon car and rally championships before establishing himself as the among country’s foremost touring car team owners and engine builders. 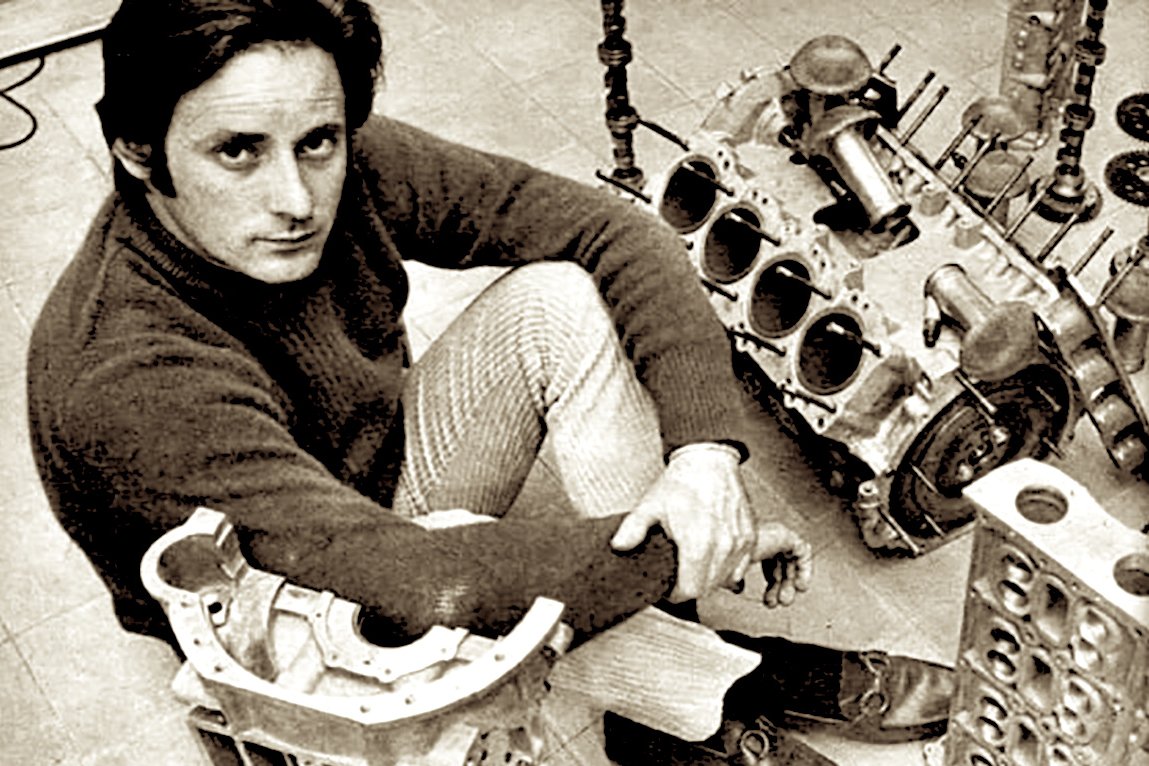 82 year old Berta’s Formula 1 foray, albeit a struggle, is a story of true grit and determination: “It was a time when technologically in our country was not that far behind the rest of the world in designing and constructing racing cars,” he concluded in a more recent interview. “But then the technological gap grew and grew. What I learnt in those years has however proved so valuable through the rest of my working life.”