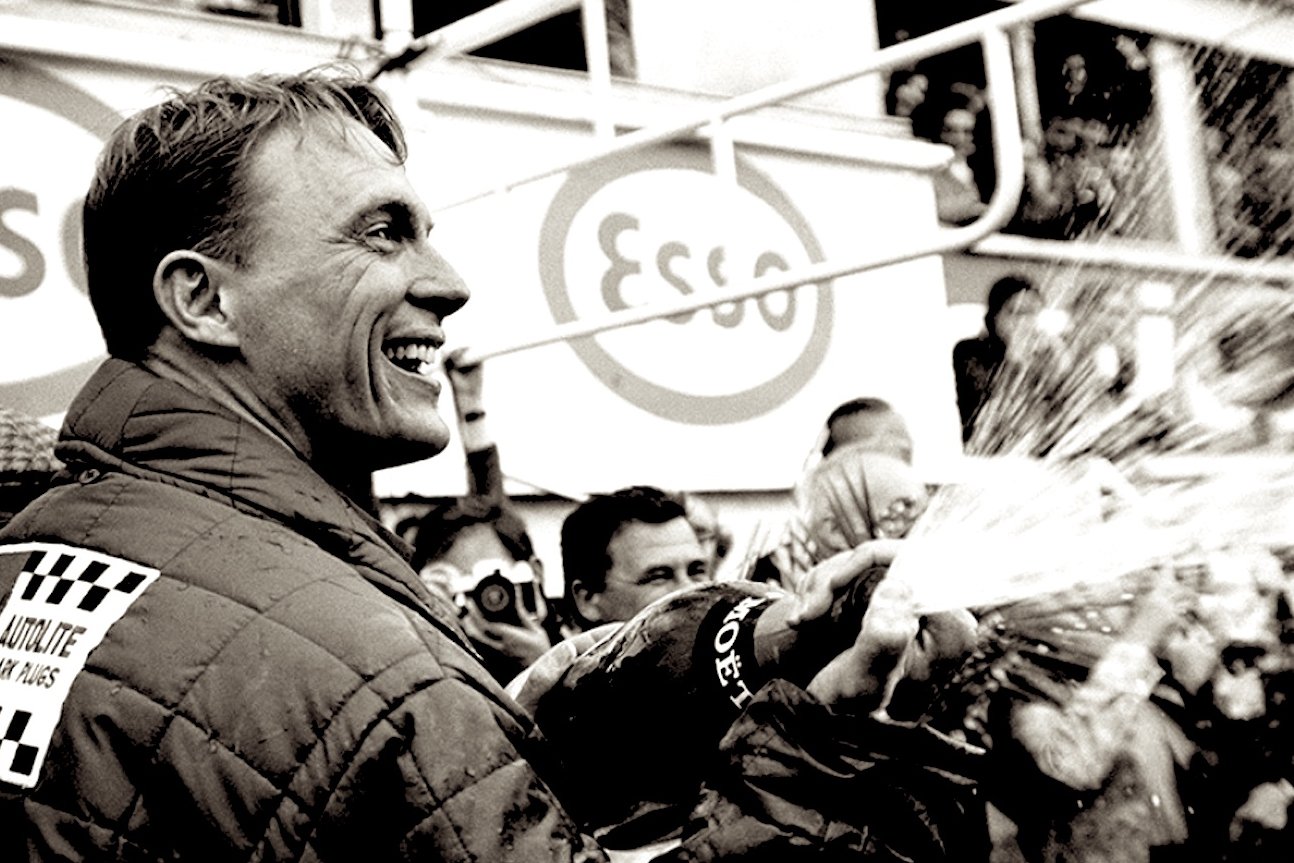 American Formula 1, Le Mans 24 Hour and NASCAR winner Gurney brought a smile, and a lot more to racing too.

There are many great men in motor racing, but not so many as omnicapable as the legendary Dan Gurney, who passed away today, three years ago.

The son of an opera singer, not only did the multi-talented Gurney win in Formula 1, at Le Mans and in IndyCar and NASCAR, but he also built and raced his own cars and invented the Gurney Tab aerodynamic device. And he was also the first driver ever to spray the champagne after winning a race.

He was also inducted into the Indianapolis Hall of Fame after finishing second in the 1968 and 1969 Indy 500s and third in 1970 in a quite incredible racing career. Gurney made his Formula 1 debut with Ferrari no less, at the 1959 French Grand Prix in Reims. He soon established himself racing against the sport’s all-time greats, tying for third in the ’61 championship with Stirling Moss. 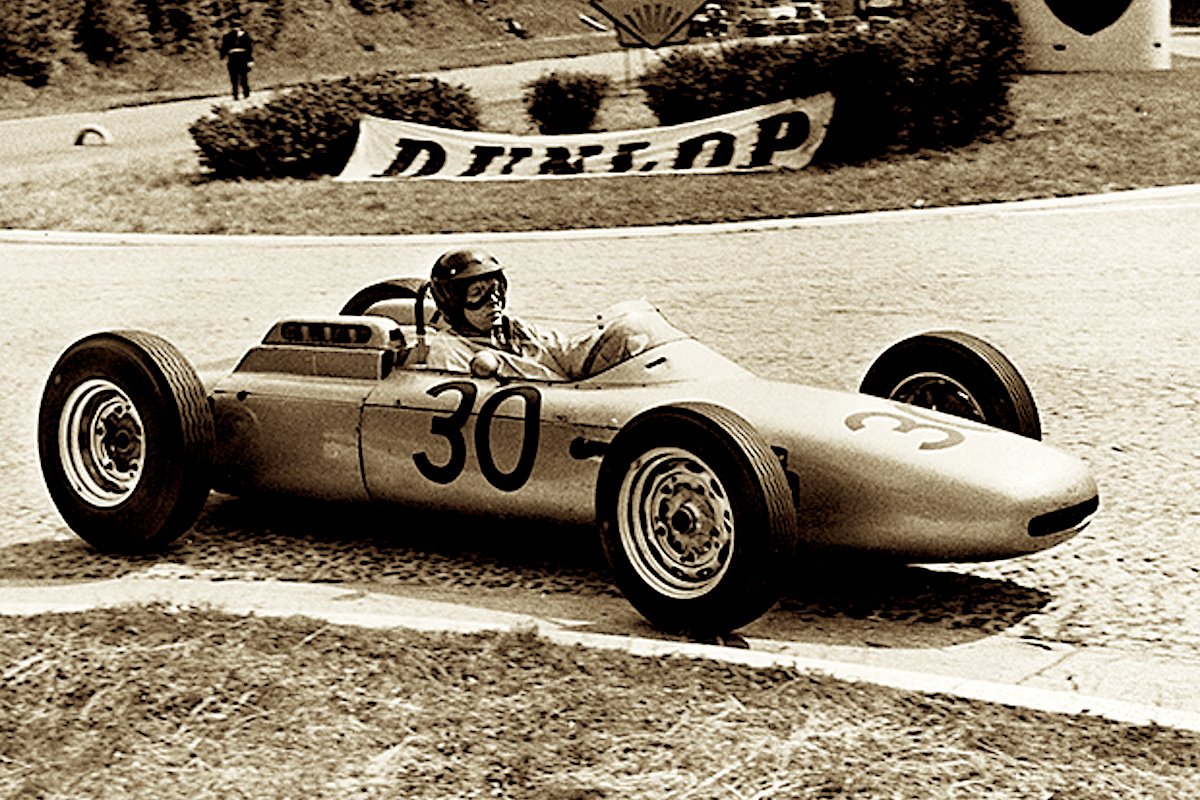 There was always something special about Dan Gurney. His first grand prix win just happened to be Porsche’s only ever F1 victory at the 1962 French Grand Prix at the daunting Rouen (above). He followed that up with another win at the same circuit, taking Brabham’s first ever Formula 1 world championship win in 1964 (below), and again for Brabham at Mexico City in 1966.

Always looking to improve the best, Gurney then established All American Racers, built his own stunning and unique V12-powered Gurney Eagle Weslake Mark I and went on to win the 1967 Belgian Grand Prix with it at Spa-Francorchamps (bottom).

’67 was a big year for Gurney – not only did he also win the the Le Mans 24 Hour that year with fellow US legend AJ Foyt in a Ford GT40, but he spontaneously picked up a bottle of champagne (top) and sprayed it over his teammates, Henry Ford himself and anyone else close enough to be wet.

“Dan’s naughty nature took over and he used the bottle like a firehose over everybody.” Dan’s wife Evi recalled. “It was out of sheer exuberance and the relief of finally winning the race after ten attempts. Thousands have sprayed the champagne since, exactly as Dan did for the very first time that wonderful day.” 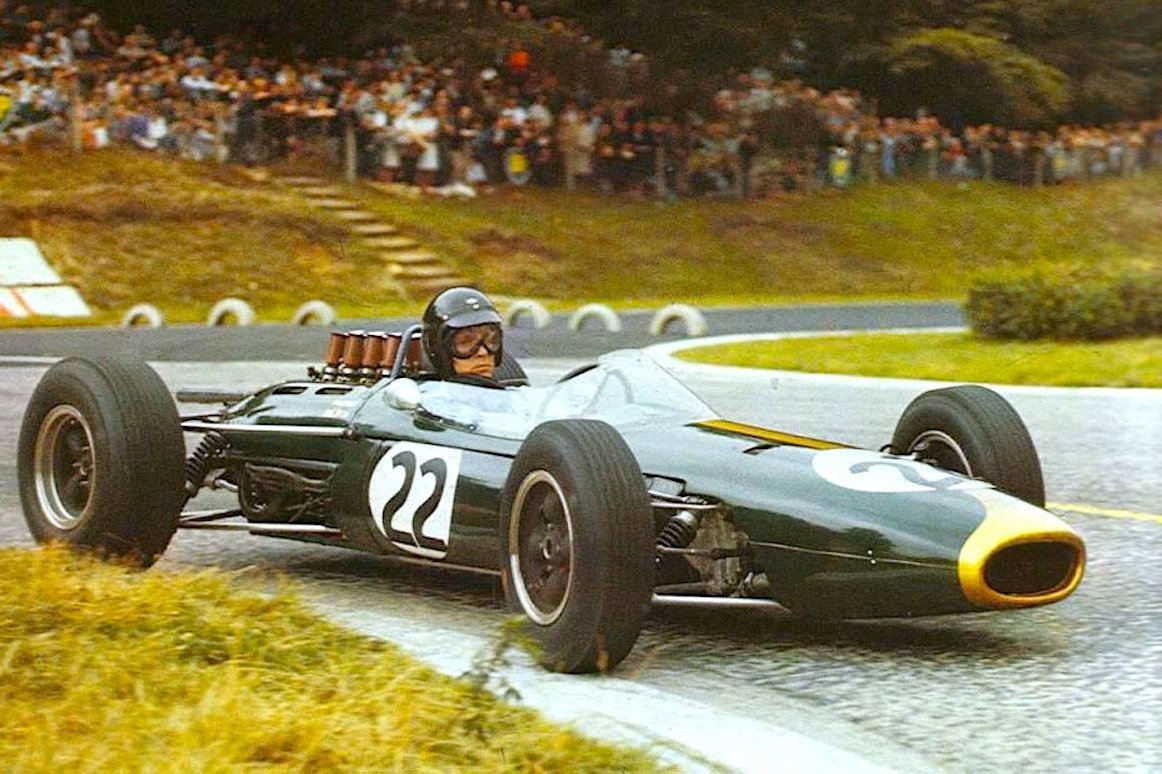 Dan hung up his helmet after stepping in at McLaren F1 for three races of the 1970 season after founder Bruce McLaren’s untimely death testing his latest Can Am car at Goodwood. Despite never winning a championship, Dan Gurney remains the second most successful US Formula 1 driver with four race wins versus 1978 champion Mario Andretti’s twelve and ’61 champion Phil Hill’s three.

Gurney was Andretti’s hero. “I was first inspired by Dan when I was in midgets,” Andretti admitted. “I dreamed of being like him. He understood me better than anyone else, which is why he wrote the foreword for my book in 2001.”

“Dan Gurney was not only a great innovator, he was a great driver too,” Gurney’s Le Mans-winning co-AJ Foyt added. “It didn’t matter if it was a road course or an oval, an Indy car or a stock car. I never use the word legend but in the case of Dan, he was a true legend of our sport.

“We became close friends at Le Mans in ’67 and winning it brought us closer together. He was a super guy. Even though we were competitors in the Indy cars, we always respected each other highly.

“As we got older we became closer, calling each other on birthdays or when we were sick. Now I’m glad we got to spend the time together we did at Long Beach along with Edsel Ford in ’17. We told a lot of stories and we had a lot of fun talking about the old times. It’s hard to believe he’s gone and I really miss Dan.” 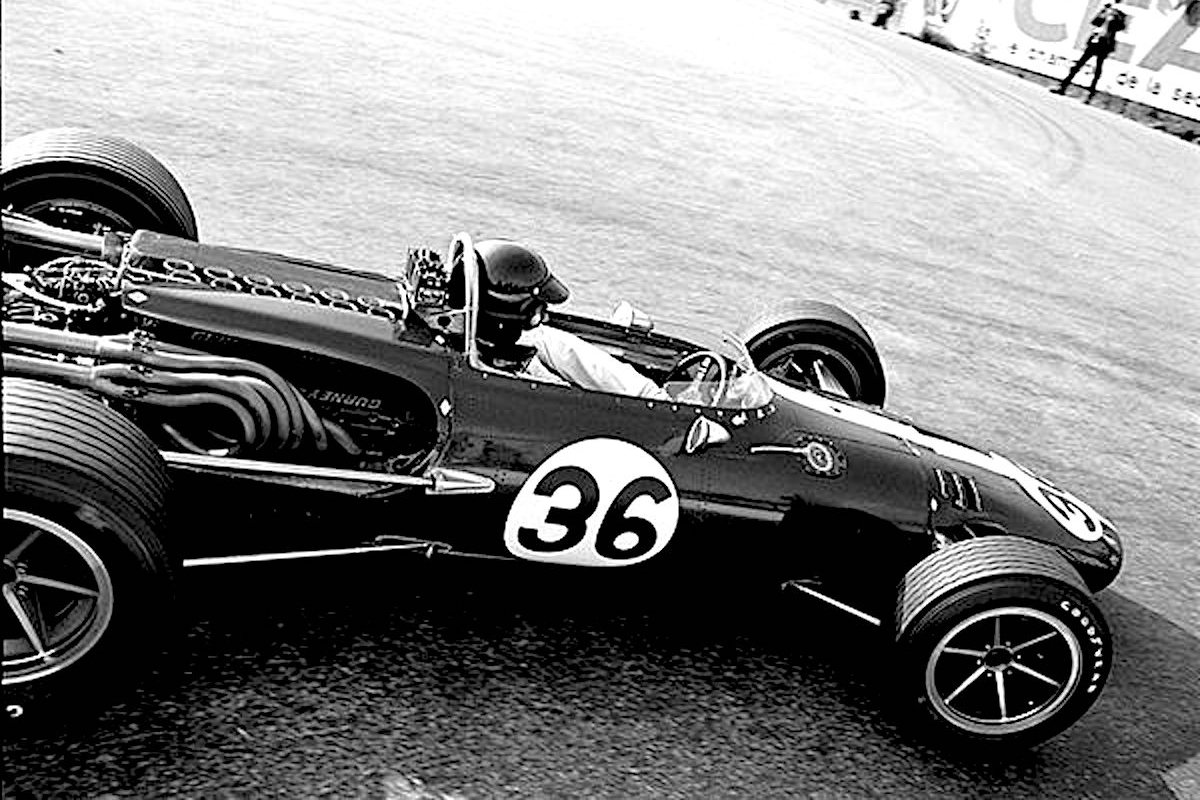 As a constructor and team owner, Gurney went on to win in Indycars, a series which he had a fundamental role in shaping and later in IMSA sports cars. Dan’s AAR Toyota Eagles dominated in 1992 and 1993, winning 17 consecutive races, back-to-back and both titles in both years. Everpresent, he continued in racing in various projects, including backing son Alex’s career

Gurney, whose Formula 1 and racing career spanned one of the most glamorous and most dangerous periods in the sport’s history, succumbed to pneumonia aged 87 today, three years ago. “With one last smile on his handsome face, Dan drove off into the unknown,” his wife Evi confirmed on 14 January 2018.