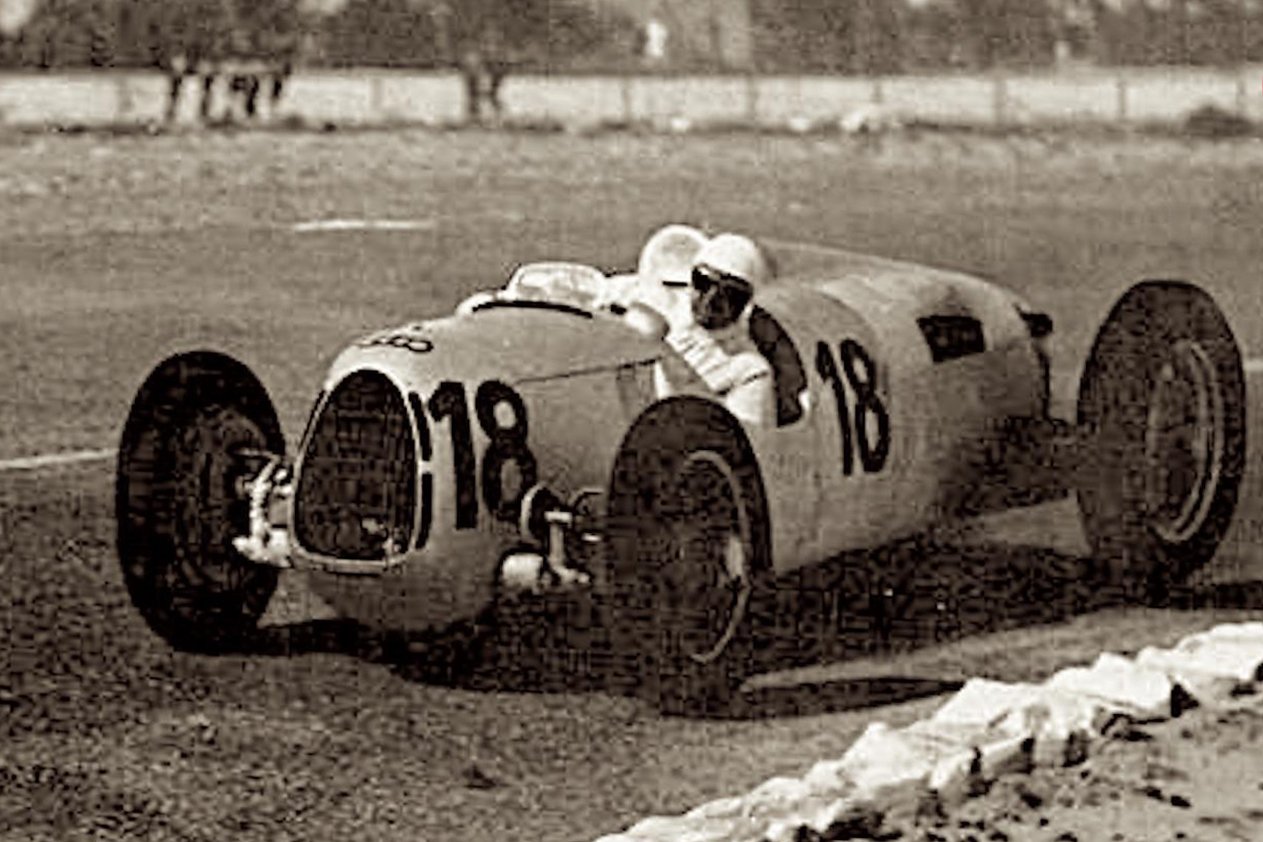 Perhaps the most significant race snippet of race history on this day over the years was in 1937, when Auto Union made good in Cape Town.

The team had been humbled following its South African Grand Prix defeat at East London on New Year’s Day. Ernst van Delius (above) and Bernd Rosemeyer however benefited the smoother surface of Cape Town’s Grosvenor Grand Prix circuit to avoid the tyre wear that blighted them at East London, and more favourable handicapping, to demolish the opposition in their astounding Auto Union Type C.s

Also significant, eighteen years later, it was Mercedes-Benz’ silver arrow doing the winning as Juan Manuel Fangio sped to victory aboard his W196 (below) in the Gran Premio di Argentina in Buenos Aires. The race described as test of endurance in fierce heat saw only seven starters finish as Fangio took his first step to the 1955 F1 World Championship.

Down under five years later, Denny Hulme took his Cooper T45 Climax to 1960 Vic Hudson Tasman Trophy honours in Levin, New Zealand, where Jim Clark was victorious in his Lotus 32B Climax in ’65. Still in Australasia, Graham McRae won the 1971 F5000 Lady Wigram Trophy in his McLaren M10B Chevrolet. And over in the US of A, David Pearson won the 1977 Winston Western 500. 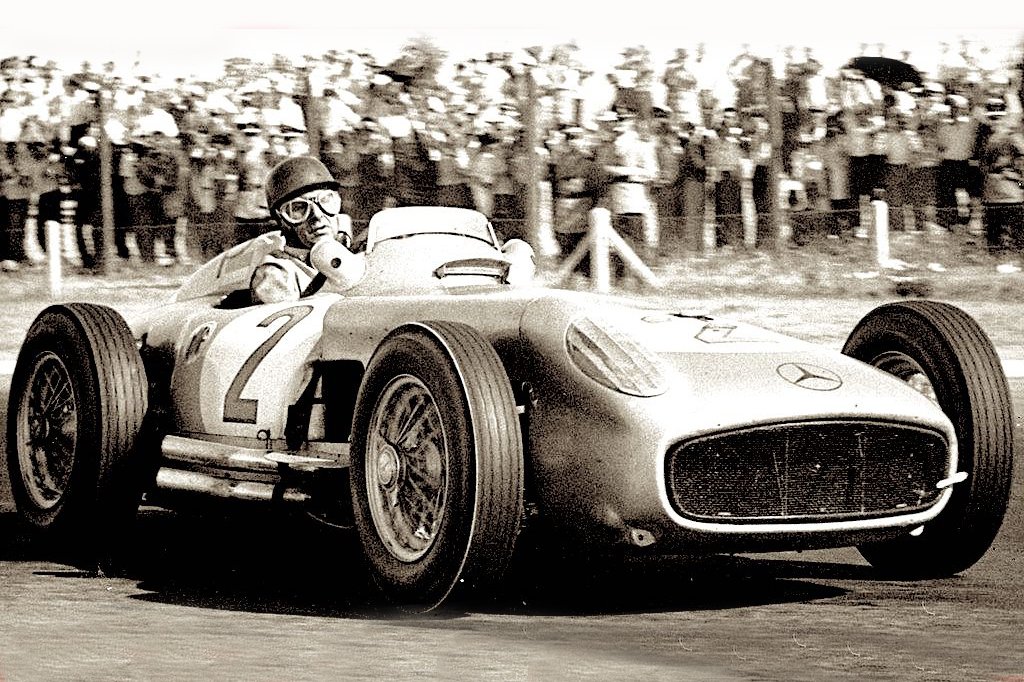 There was a common denominator among the several Dakar Rallies that ended on 16 January over the years. That being the man who won his fourteenth Dakar yesterday. No, he did not win in 1990 when Ari Vatanen took a third win for Peugeot, as Edi Orioli took a second bike win on a Cagiva and Giorgio Villa won in the trucks for Perlini.

But Stéphane Peterhansel certainly was part of the equation when he won a second race in the 1992 Paris to Cape Town on his Yamaha, while Hubert Auriol won the car race for Mitsubishi and Francesco Perlini found success in his own truck. Peterhansel and Perlini won again the following year as Saby took his chance at a car win for Mitsubushishi (below).

Moving on to ’94, Pierre Lartigue took the car win for Citroën, Orioli was in font on two wheels again on his Cagiva and Karel Loprais took truck honours in his Tatra. Peterhansel then took his eighth Dakar win – his second in a car for Mitsubishi (below) on this day in 2005 as Cyril Despres won for KTM and Firdaus Kabirov for Kamaz. 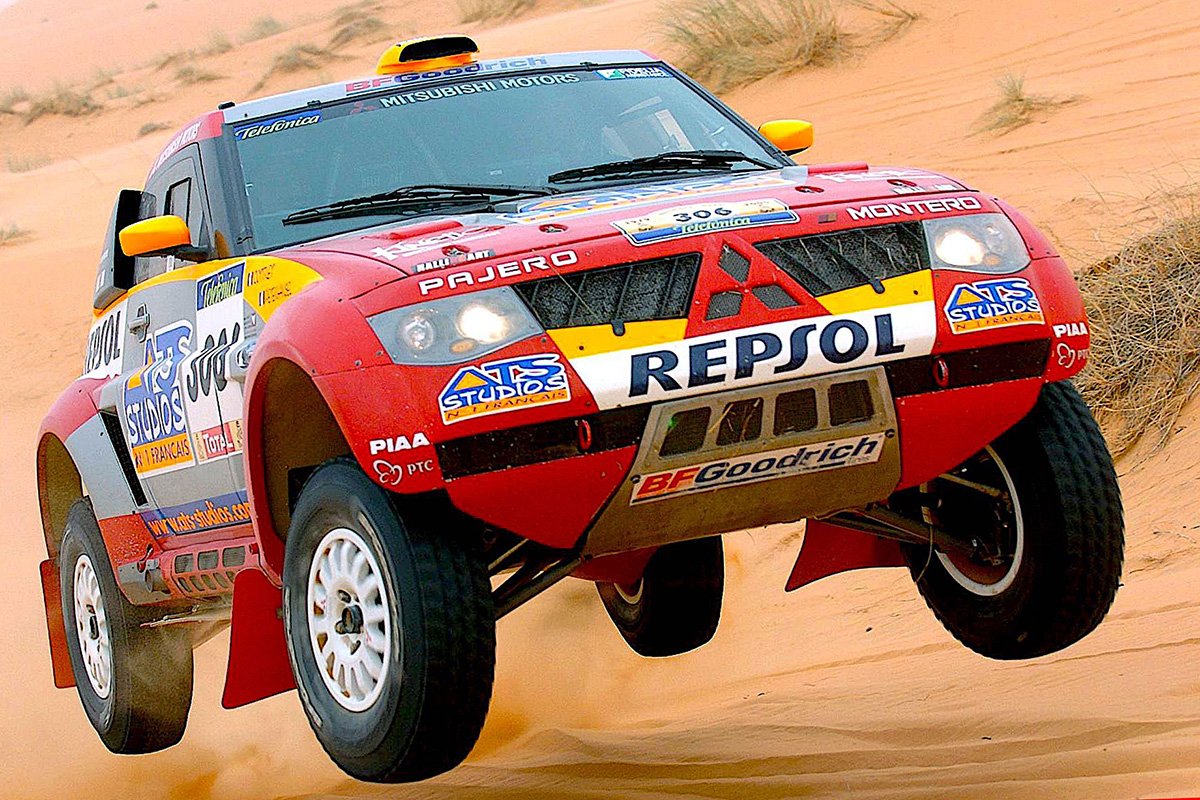 Carlos Sainz won the 2010 South American Dakar in a Volkswagen Touareg as Despres took another for KTM and Vladimir Chagin again for Kamaz and It was Nasser Al-Attiyah ‘s chance to win in a Volkswagen in 2011 as Marc Coma took the bikes on a KTM and Chagin took yet another Kamaz truck win. And in 2016, you guessed it, Stéphane Peterhansel took his twelfth Dakar win in a Peugeot as Toby Price won the bikes on a KTM Gerard de Rooy’s Iveco beat the Kamaz truck army.

Off the track on Indy, Le Mans and NASCAR legend AJ Foyt and F1 driver Piercarlo Ghinzani’s birthday, Michael Schumacher got his Ferrari career off to shaky start. The world champion binned it on his first test for Maranello at a frosty Fiorano on 16 January ’96. He was not alone – Damon Hill also went off that day testing his Williams at Estoril. And then went one better than Schumacher by repeating the offence the following day.

In other news, Former F1 driver Ian Ashley was arrested for carrying offensive weapons at Heathrow airport in 2001 and Jaguar boss Tony Purnell was bitching about the F1 season growing to 18 rounds when the French Grand Prix was added for 2004. He

Italian star rider Fabrizio Meoni died after a 2005 Dakar crash and 1973 NASCAR champion Benny Parsons and the first driver to become an expert TV commentator after he hung up his helmet, succumbed to cancer aged 66 on this day in 2007.