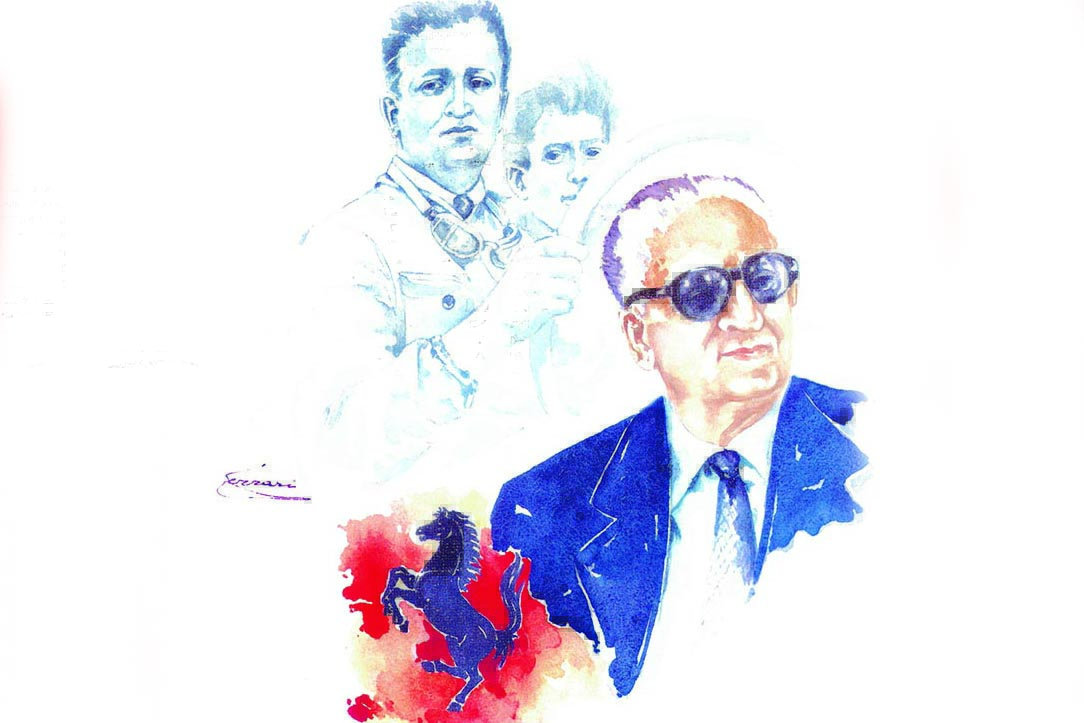 To love Formula 1 is to see it in all its intricate and precise beauty – where engineering, ambition, design and a driver’s talent behind the wheel all culminate in victory or defeat.

There have been teams that have come and gone, but the one team that has captivated fans on the track for decades is the one and only Scuderia Ferrari.

The mere mention or thought of such a legendary institution sparks imagery of podiums and champagne, of an eponymous red that cannot be replicated on any other team, and above all else – incredible performance.

Enzo Ferrari created works of esteemed motoring art for the track and then the road – a significant legacy remembered this year specifically on what is the 30th anniversary of his passing.

Within this astounding mythology there are the artists who have collaborated the famous Prancing Horse and produced amazing works of art. Such paths are almost intertwined by a means of fate, something known all too well by Eugenio Zoia.

Known as the “Watercolour Poet” in his native Italy, Zoia was born in 1950 near Italy’s motorsport capital of Monza and the rest they say is history. This journey began in 1984 when Zoia was commissioned by the Ferrari Club of Vedano al Lambro to craft a watercolour portrait of Enzo Ferrari.

This saw a total of 99 lithographs produced – with one personally signed by Enzo himself. This journey would see more collaborations between the two, with the artist painting the legendary F40 as well as the 348 – each with a limited run of lithograph prints.

In celebration of this weekend’s Italian Grand Prix in Mr. Zoias hometown of Monza we sought to grab an exclusive interview with the “Watercolour Poet” before the action unfolds:

How did your love of motorsport begin?
Eugenio Zoia: “It all started with Bob Newman at the Pirelli test track Vizzola. Bob at the time was responsible for the Press and Public Relations Office for Pirelli in all sectors of the group: Road Car Tires; F1 Motorsport; Moto Cross; Rally; etc…Over the years Bob Newman became my mentor. An experienced journalist; a guide who was discreet and wise.”

How did you become an artist?
EZ: “Knowing humble but generous art masters in teaching painting techniques to those who have talent, the rest comes by itself.”

You’ve been regarded in your native Italy as the “watercolour poet” for your work, how did this originate and develop?
EZ: “Watercolour is a painting technique where you can read the artist’s story, his soul, look at the work and find the essence. The artist in his works evokes sensations, emotions, smiles and suffering…from watercolour you will notice if there is truth in the work.”

Outside of motorsports, what are your key sources of inspiration?
EZ: “The woman is His and our universe…”

Having captured the likes of Giles Villeneuve and Enzo Ferrari to name a few, which modern day drivers would you like to capture in your work?
EZ: “It is the subject itself, its history that evokes inspiration…Everything is realized in the work.”

Describe your relationship with Ferrari and how this has developed over time?
EZ: “A simple and casual meeting, linked to the art world that favored the contacts between Ferrari and Soc. Pirelli, who became a tire supplier to the F40 and 348 cars. PR and lithographs were the driving force behind marketing events, the press office did the rest.”

Formula 1 has become so advanced over the last few years, but what is the one thing that remains that you believe will never change?
EZ: “The passion for F1 and the phrase that the Drake said: the perfect car is the one that breaks a moment after the finish line. (I find this sentence perfectly adaptable to the present day).”

Having been so close to the Ferrari brand for decades, in your opinion what sets them apart from any other?
EZ: “Its strength lies in its history and the charisma left to Ferrari by Enzo. Commercially, the late Sergio Marchionne has extremely skilful in leveraging the Ferrari brand without compromising the strength of the brand.”