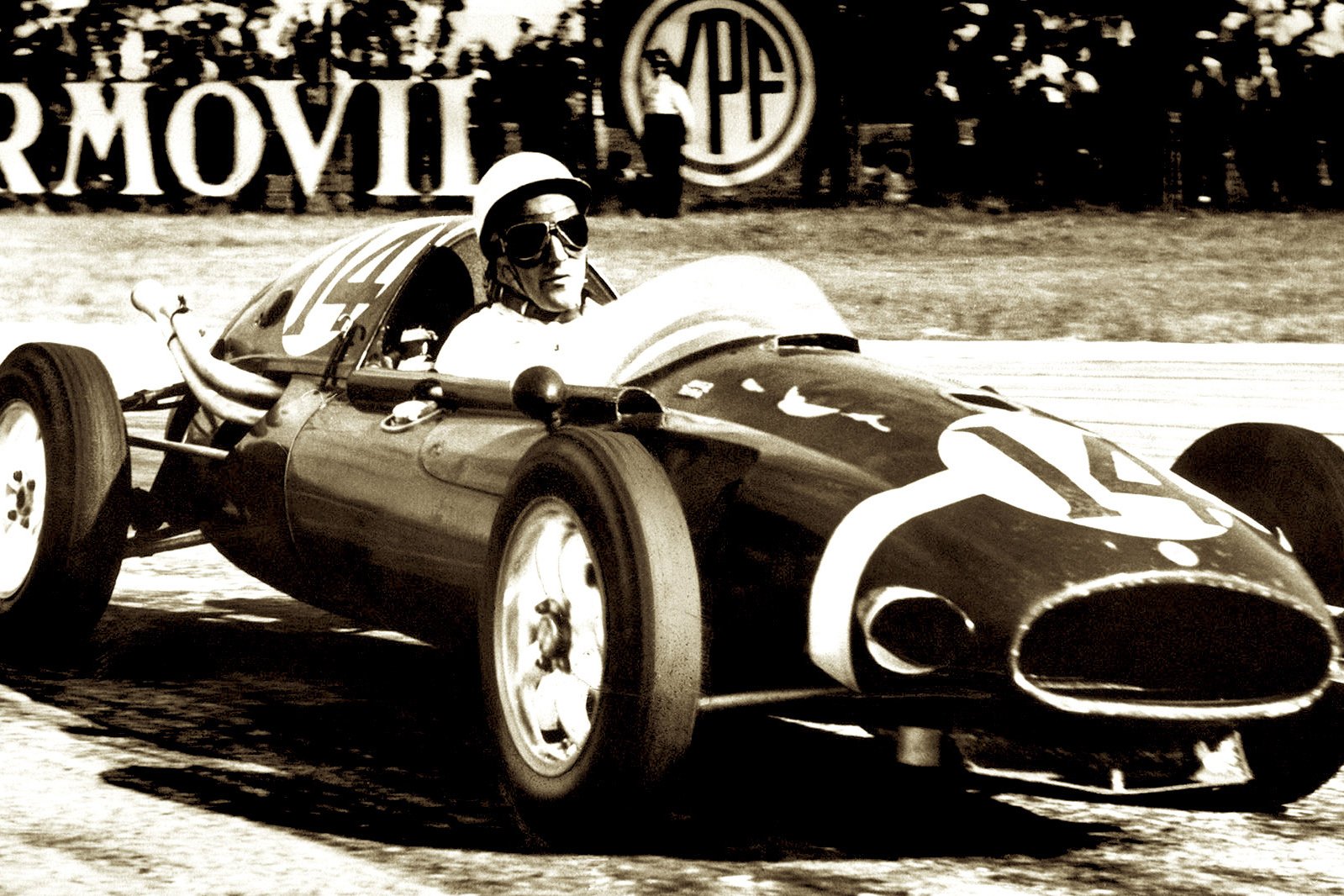 When Argentina’s wild Formula 1 faithful arrived at the 1958 race, they were expecting their great hero to deliver yet another walkover win. Juan Manuel Fangio was after all on pole position for the Gran Premio, And by no small margin either.

So who could trouble the man from Balcarce that day at Buenos Aires? Little did they know, they were about to be taught a history lesson of note.

Few took any notice of gringo Stirling Moss and his ‘thing’ – that ungainly little Cooper T43/45 Climax, which as old man Ferrari had already written off for its ‘cart being behind the horse’. Rob Walker had jumped at the chance to put Fangio’s former teammate in his rear-engined Cooper after Moss’ regular ride Vanwall opted to skip the South American race. Stirling qualified seventh, two seconds off the pace, not that anyone really noticed. 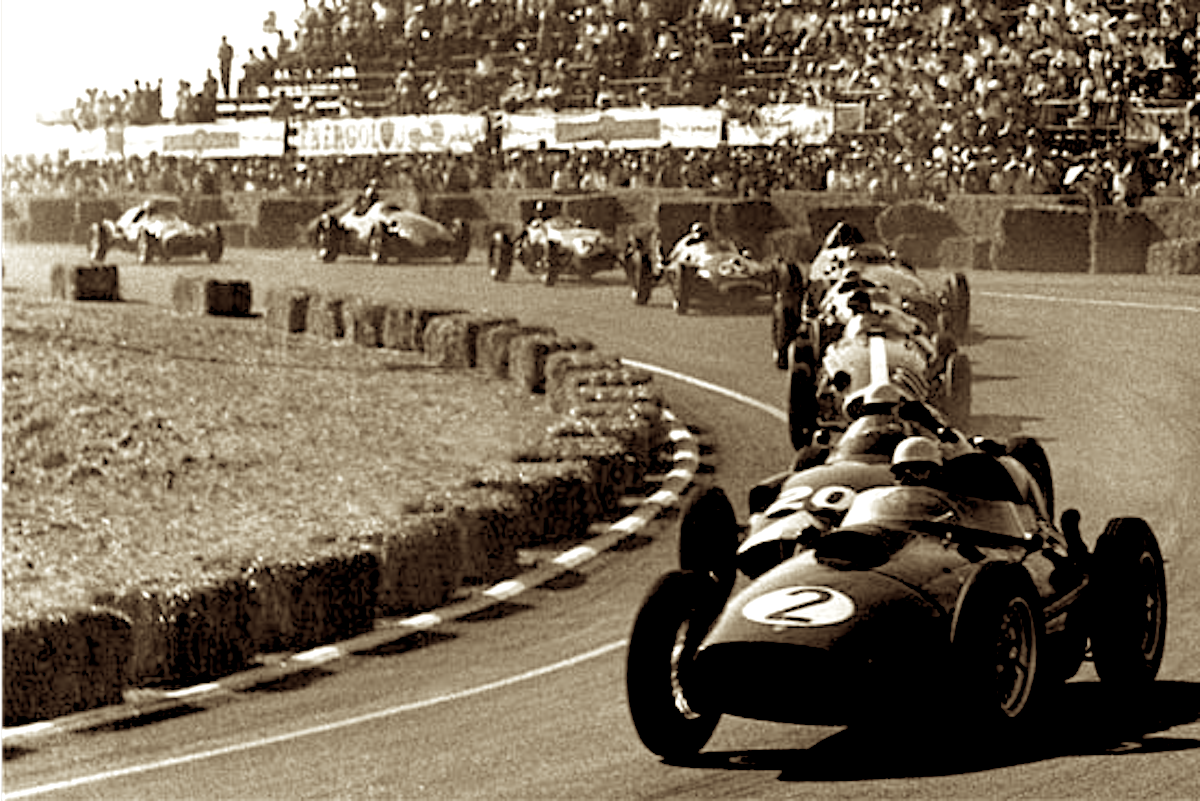 It was blisteringly hot as ever in Argentina that day, when Fangio led away (above, Moss is the last car in picture) and like the rest of the lumbering, powerful old school front-engined cars, he was soon in trouble. His tyres were soon paste and the home hero was thirsty from the effort of hustling his beast in the heat. So he pitted for fresh rubber and a well-earned cool drink.

Moss and Walker had taken a different approach – they planned it that way. Moss strategy was to save his tyres and use the Cooper’s nimble, lightweight and frugal on tyres nature to his best advantage. So while Fangio and his front-engined rivals one-by-one stopped to take on new tyres and take a little refreshment, Stirling just kept on racing. 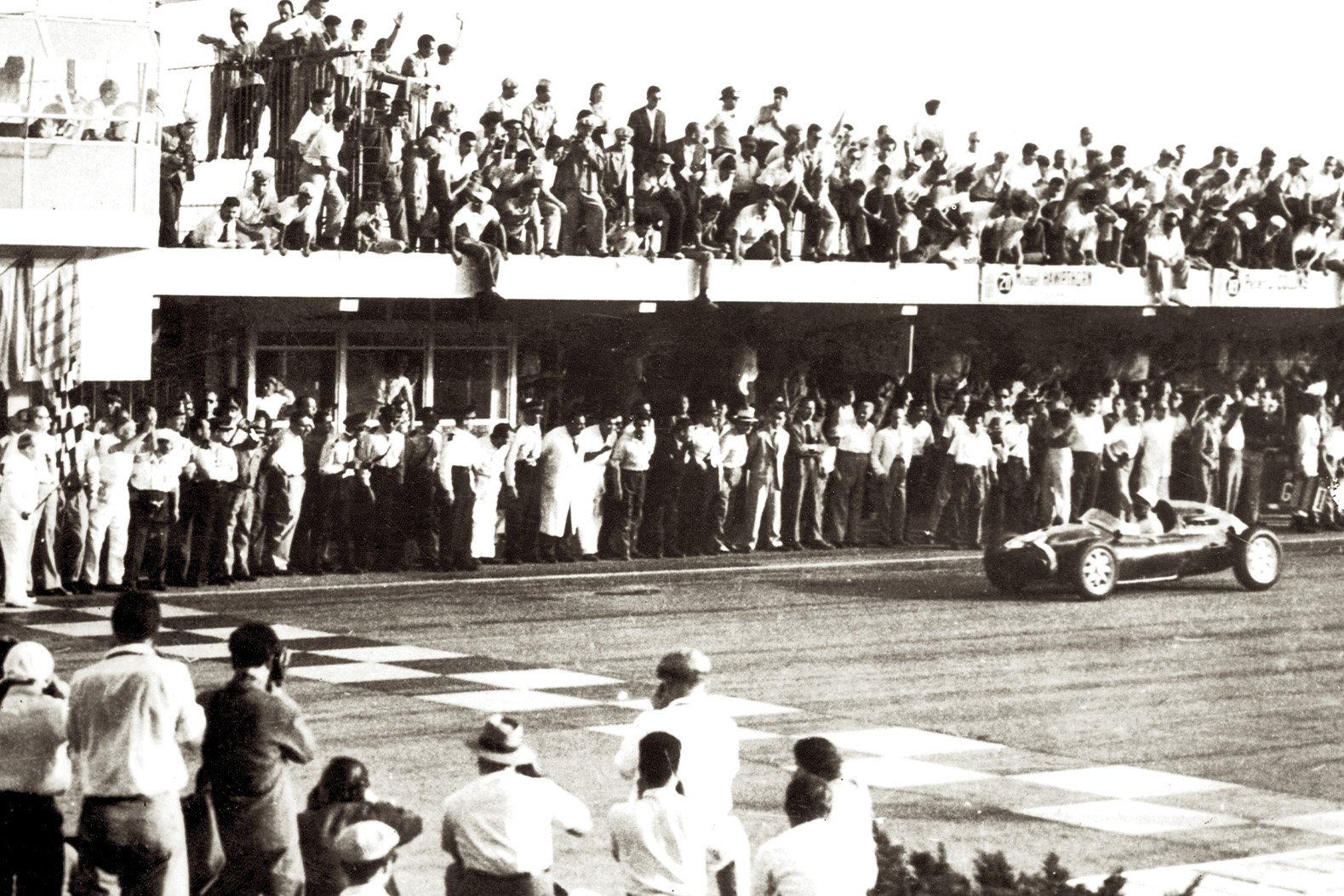 Before any of his rivals could rub the sweat from their eyes, Moss was out front and leading the way. He did not stop either. By the finish, the Englishman had done enough to hold off Luigi Musso’s late Ferrari challenge to score a monumental and so significant victory in his little rear-engined Cooper-Climax.

Significant because Moss was the first man ever to win a Formula 1 Grand Prix at the wheel of a rear engined car. Monumental because within three years even Ferrari had put his horses behind the cart as rear-engined F1 cars became – and remain the norm.

But it took the Gringo and his ’Thing’ to get that ball rolling one sweltering afternoon in Argentina, 63 years ago today. 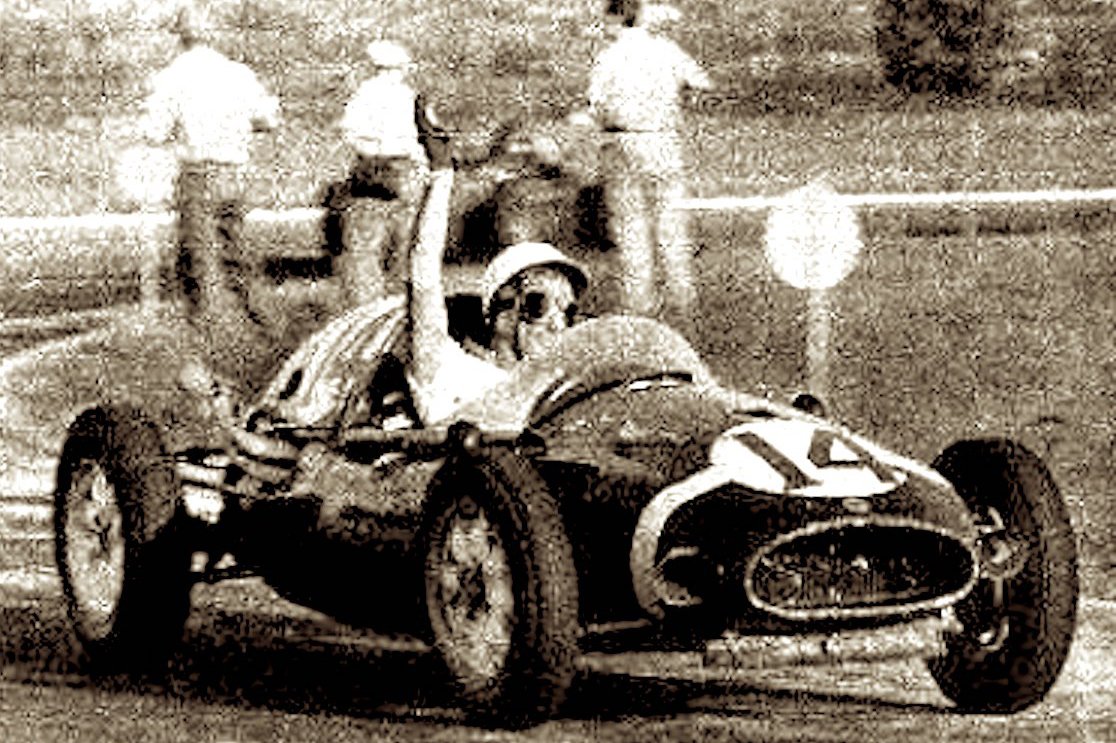