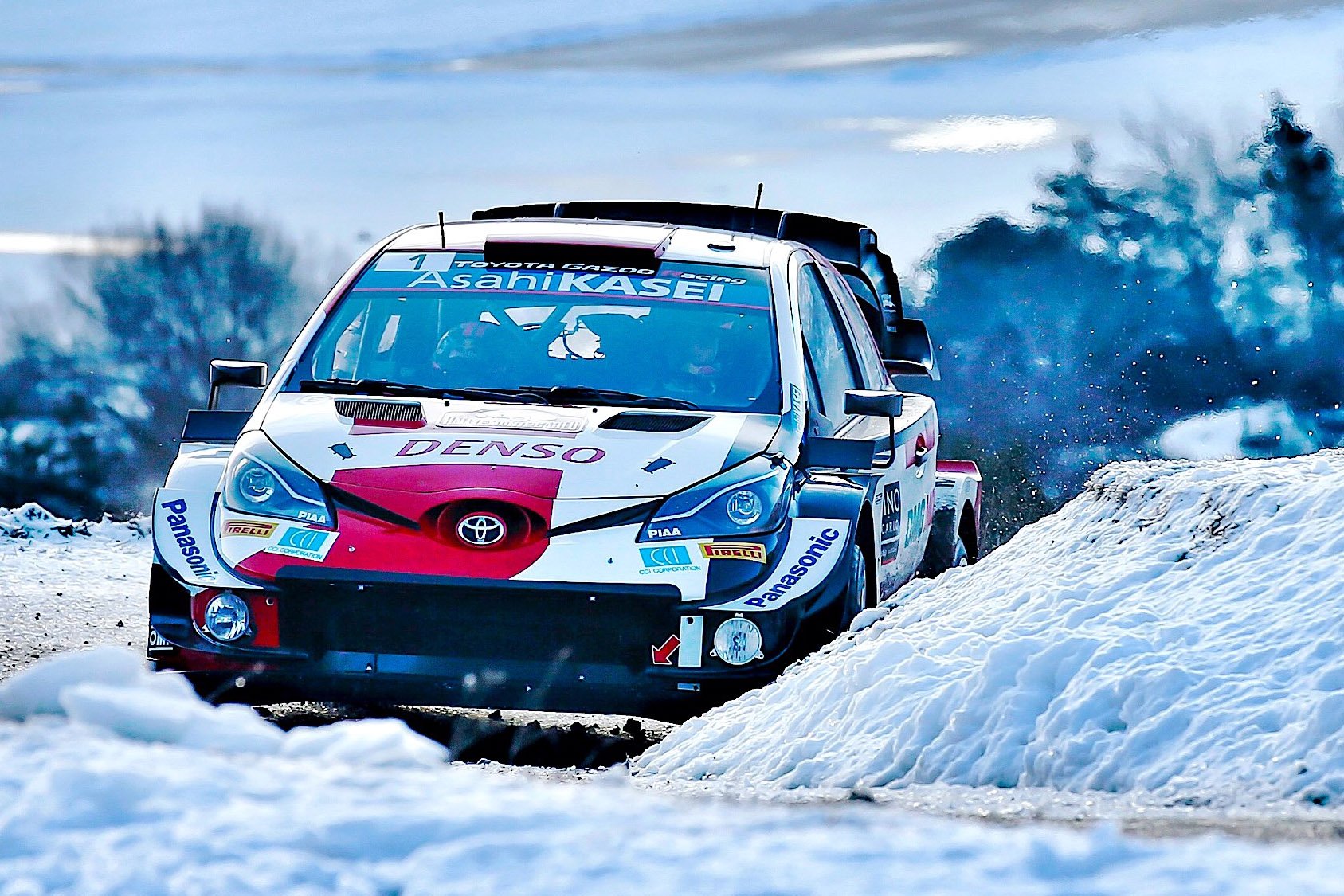 Sébastien Ogier became the most successful driver ever on the Monte Carlo Rally over the weekend.

Seven-time and reigning World Rally Champion Sébastien Ogier never just got his 2021 season off to a winning start at the Monte Carlo Rally (above) over the weekend. The Frenchman also obliterated his countryman and namesake Loeb’s record with an eighth Monte win. Ogier is now the most successful driver to ever compete in the world’s most famous rally.

Born in Gap on the Rally Monte Carlo route in the south of France on 17 December 1983, Ogier started rallying on the front foot in 2005. He and notes man Julien Ingrassia won the French Junior Rally Challenge to be rewarded with a place in the Peugeot 206 Cup. He scored a podium en route to sixth in his rookie year, before taking the title with four wins the following year and then moving up to the Junior World Rally Championship in 2008.

His JWRC career started spectacularly as Ogier won on debut and became the first driver to take a WRC point thanks in eighth place overall. Ogier and Ingrassia stormed to the JWRC title and the duo was rewarded with a World Rally Car drive in a Citroën C4 for the icy Rally GB. There they won their first stage to take a shock lead they hung onto until the fifth stage. 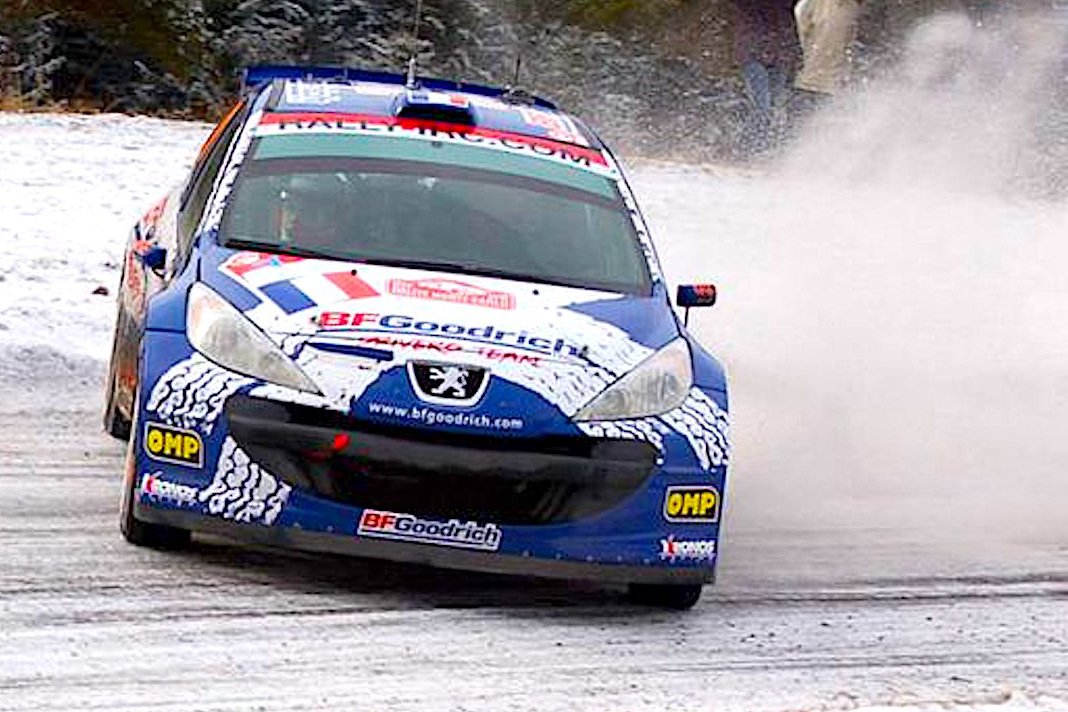 In the run-up to his first full WRC season, the Monte Carlo Rally was not a part of the world championship, but Ogier made a one-off appearance in the Intercontinental Rally Challenge sanctioned event (above). And he won it. His results in a satellite Citroen team in that year’s WRC then saw Ogier and Ingrassia drafted into the works Junior team and he rewarded the call with his first podium, finishing second at the Acropolis Rally.

Ogier again made a once-off appearance in the 2009 IRC Rally Monte Carlo in a Peugeot 207 S2000 and was closing in on rally leader Mikko Hirvonen when he retired following a late alternator problem. Rallying alongside Kimi Raikkonen in the Citroën Junior Team, Ogier and Ingrassia won their first WRC rally in Portugal that year and Citroën promoted the duo to the factory team for 2010. Ogier beat Petter Solberg to his second WRC win in that year’s Japan Rally.

Without team orders, Ogier and team leader Sebastien Loeb – the master and the apprentice fought it out in 2011. But their relationship deteriorated when Ogier slowed down on the Saturday evening, forcing his teammate to open the road in the gravel Acropolis the day after, as Ogier swept to victory. World Champion Loeb bounced back in Finland before extending his Citroen contract. 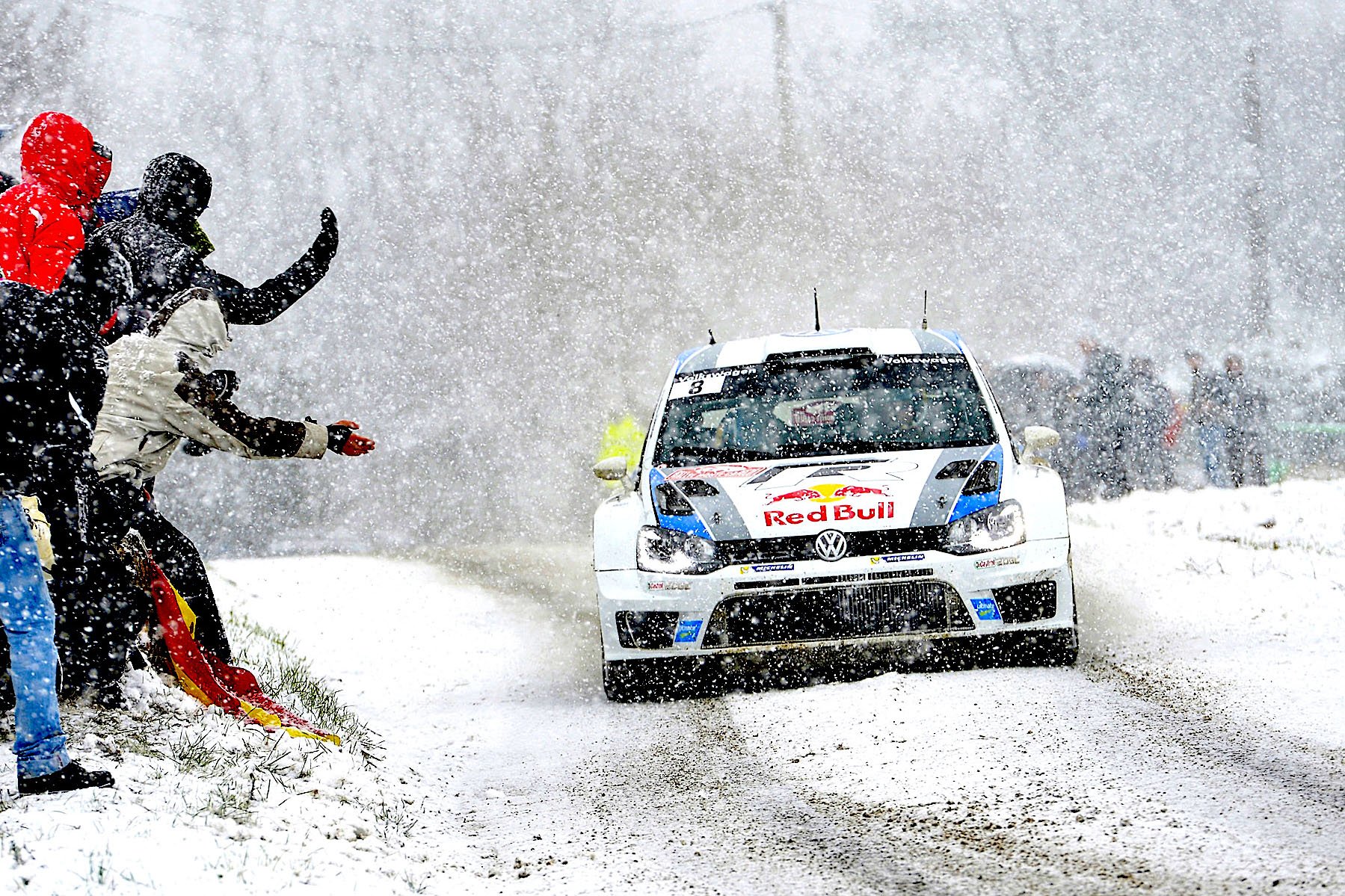 Then Ogier beat Loeb in a straight fight on his less preferred tarmac format amid huge controversy in Germany, before taking another convincing win in France. But Loeb bounced back to take the title as Ogier left after his relationship fell apart with the team. Ogier and Ingrassia promptly moved across to the new Volkswagen WRC team, which only commenced competition a year later, so he duo rallied a S2000 Škoda while developing the new Polo R WRC.

Ogier and Ingrassia took the new Polo to a debut second at Monte Carlo in 2013 before powering to a debut world championship for Volkswagen as the Polo soon established itself as the dominant new WRC force. The pair scored nine wins, 11 podiums and 111 stage wins along with the 28 bonus points through seven of those being Power Stages wins.

2014 started with Ogier’s emphatic second Rally Monte Carlo win as he came back from a wrong tyre choice on day one to deliver a stunning come from behind win on the roads around his home town of Gap and the Hautes-Alpes (above). He went on to a second dominant World Rally title for Volkswagen with eight wins, 10 podiums and 94 stage wins. 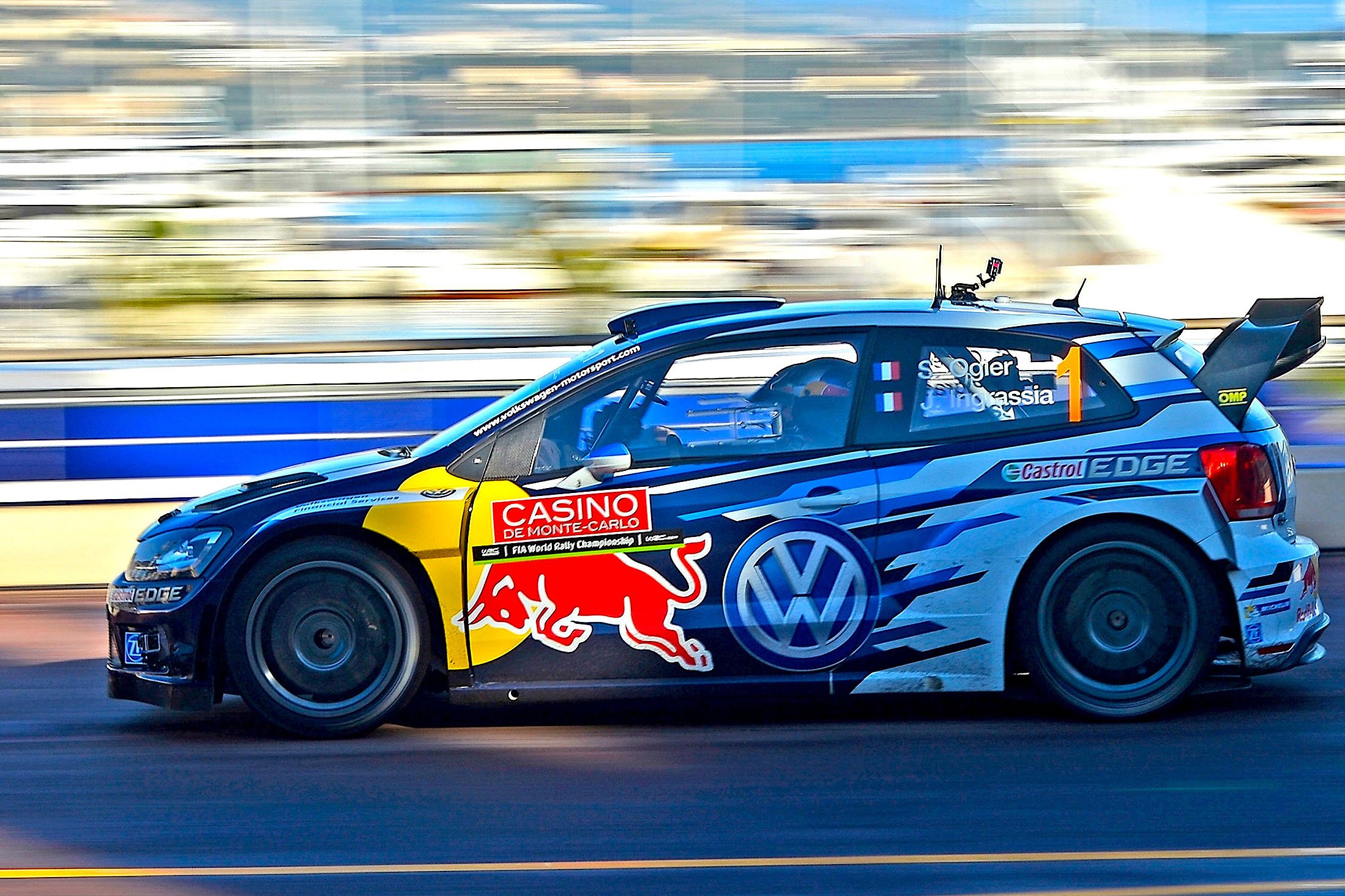 Ogier and Ingrassia then gave the second generation Polo R WRC its debut victory in their third Monte win (above), which spurned a fresh rivalry with Sébastien Loeb on his return to rallying. But Ogier went on to an easy third world title too. A Monte hat trick with Volkswagen in 2016 saw Ogier equal Sandro Munari, Tommi Makinen, Walter Rohrl and Jean Treveaux’s four Monte wins and set the foundation for a third WRC title on the trot too.

Volkswagen exited the WRC at the end of 2016 as Ogier and Ingrassia moved across to Ford. They promptly won the Monte Carlo Rally on their first run in the M-Sport Fiesta in the Blue Oval’s first WRC win in five years as Sebastien and Julien raised their Monte win tally to five. Three of those were in different makes of car and they then took the Ford to their fifth consecutive WRC title in 2017. 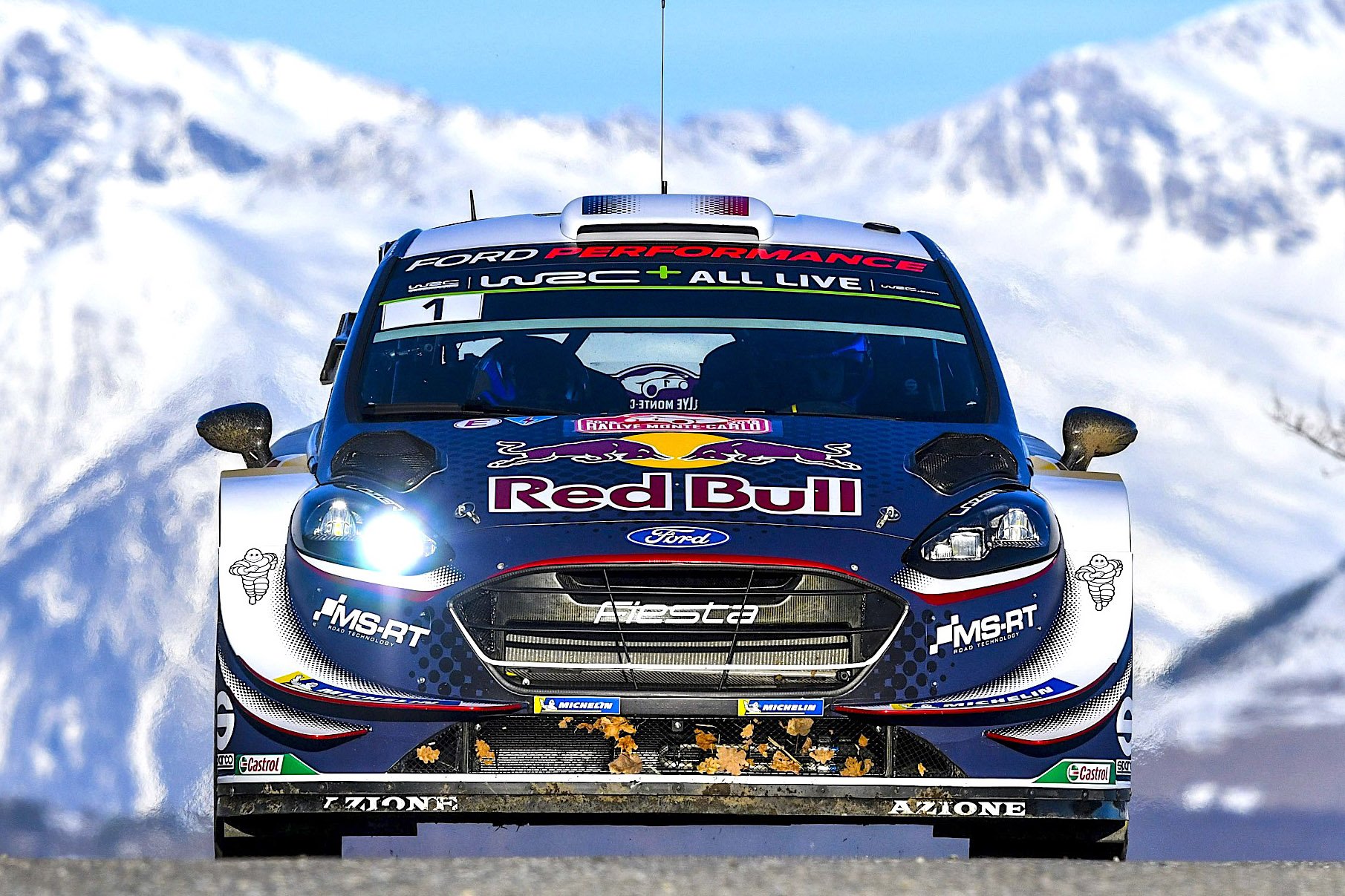 A sixth Monte Carlo — their fifth on the trot, followed in 2018 (above) before the intrepid duo fought back after a troubled early season to take their sixth World Rally Championship in six years. Somewhat against the odds, Ogier and Citroen kissed and made up and Sebastien and Julien celebrated their return with a seventh overall and sixth consecutive Monte Carlo rally win on the trot in the team’s 100th world rally in 2019 (below).

A tough rest of the season season saw Citroen exit the WRC after Ott Tänak became the first person not called Sébastien to take a WRC title in 2019. Against expectations of their retirement from the sport, Ogier and Ingrassia signed for Toyota and promptly returned to the Rally Monte Carlo podium with second in the 2020 event. They went on to pull off a come from behind seventh world rally title through lockdown after teammate Elfyn Evans crashed out of the season finale. 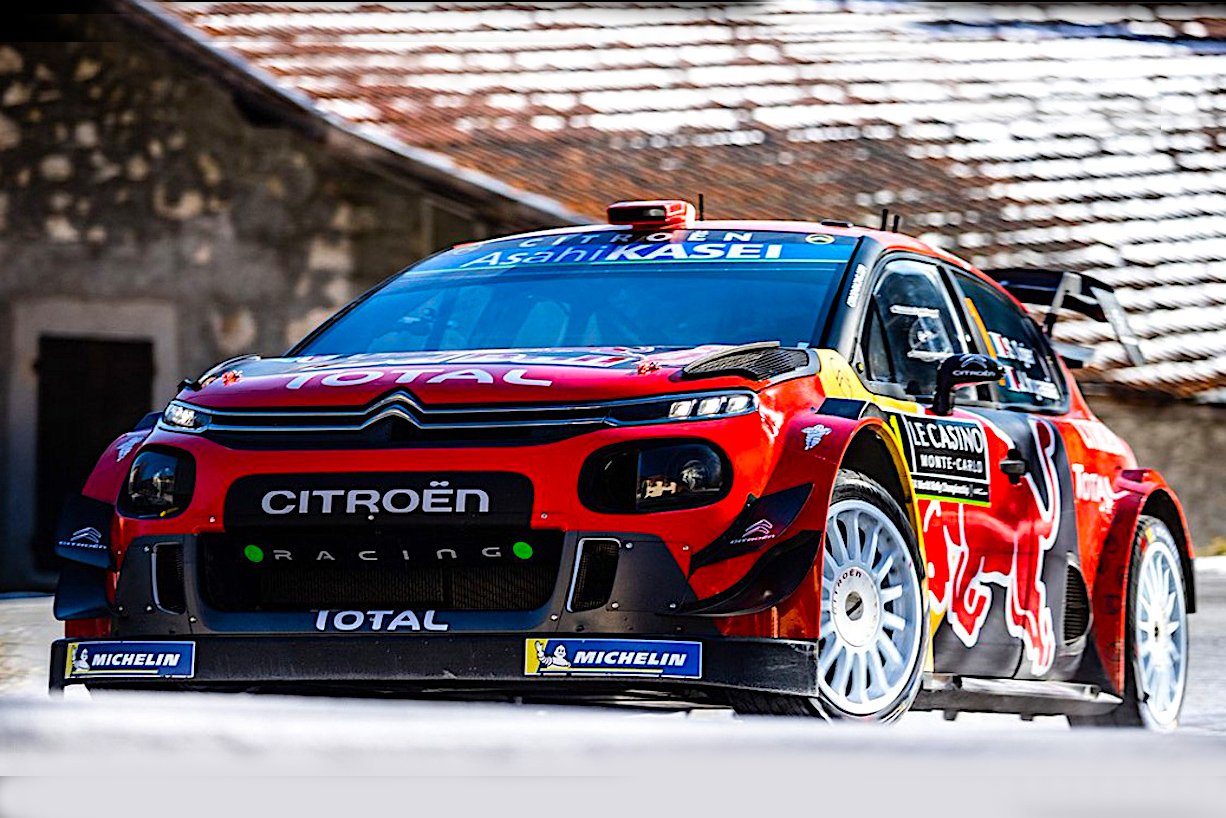 Ogier and Ingrassia got their 2021 WRC title effort off to a flying start at the past weekend’s tough as always Monte Carlo (below). They bided their time, mastered the icy and changeable conditions and stormed home to an incredible and record breaking win to claim that Mister Monte Carlo accolade from erstwhile arch-rival Loeb.

So, what next for Sébastien Ogier and Julien Ingrassia? The retirement rumours remain rife. never mind the dynamic duo’s WRC contract runs out at the end of the year.

Well, you need not be Inspector Clouseau or the Pink Panther to figure that Toyota has a significant Dakar involvement. Or that the team that so badly want to win that Saudi epic again, has a star driver who has had enough of some of that race’s ‘administrative’ challenges. Or that Ogier’s namesake and old pal Loeb has been at the Dakar a while already, without a win.

So what odds a shift of Toyota platforms to Hilux once Ogier and Ingrassia are done with rallying? Now that makes for a really juicy prospect, if nothing else… 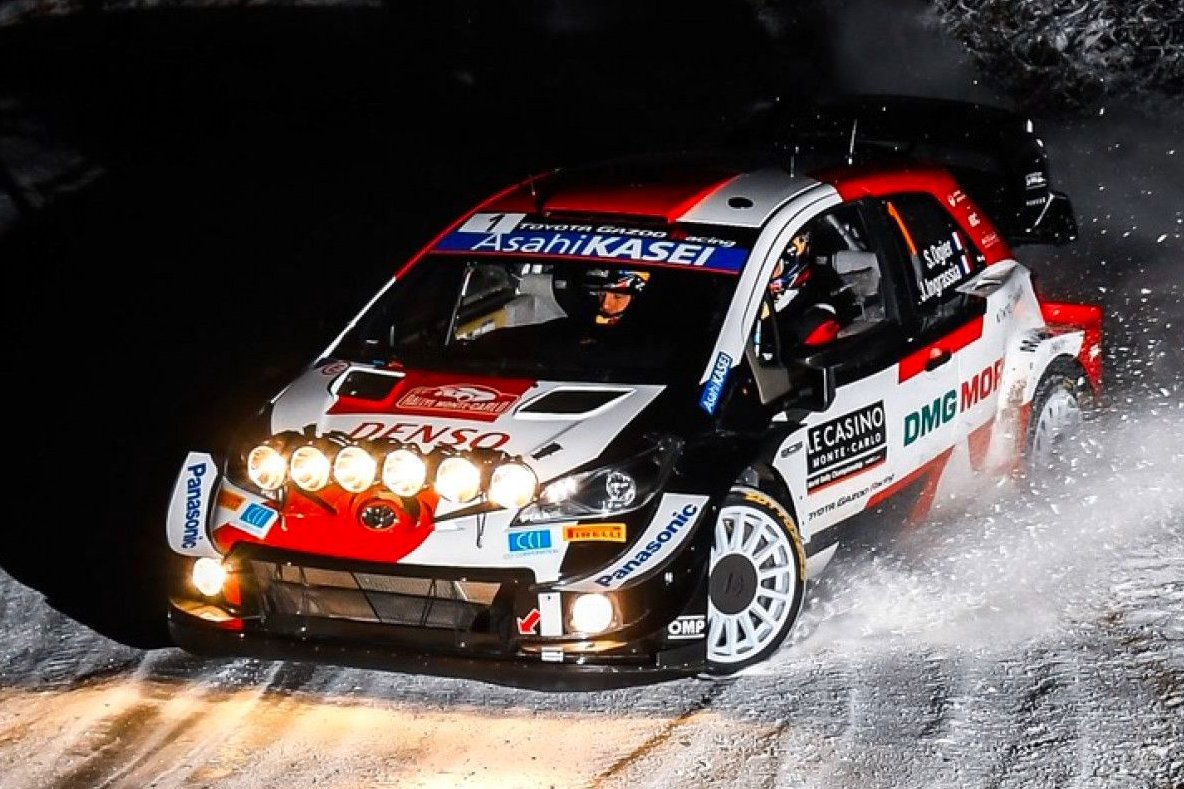