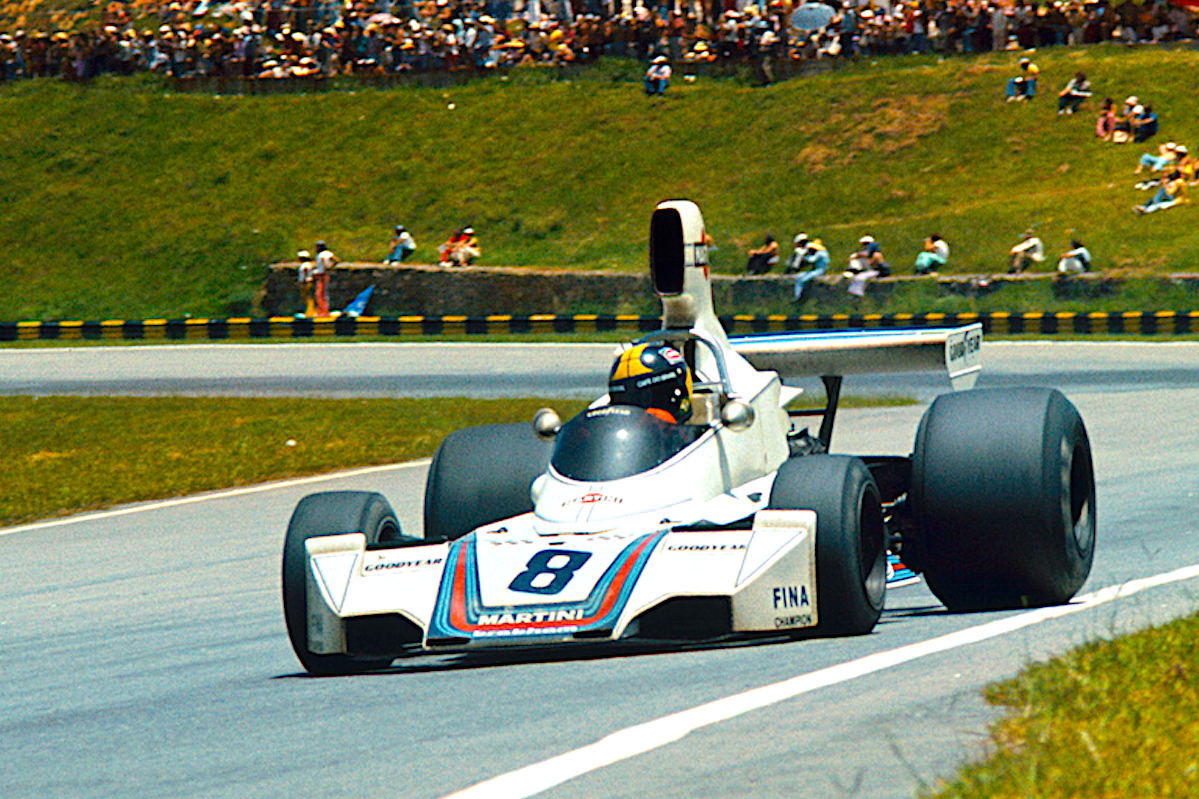 Home hero Carlos Pace made many a Brazilian heart happy when he took his only grand prix victory on today in 1975.

Pace drove Ecclestone’s Brabham BT44B Cosworth to win the race a his at backyard Interlagos. Jean-Pierre Jarier’s Shadow led off pole and set the fastest lap before retiring, while Pace (above) came from sixth as he beat fellow Brazilian Emerson Fittipaldi and his McLaren teammate Jochen Mass. The circuit would be renamed after Pace, who lost his life in a light aircraft accident two years later.

Racing history actually stretches back to the 19th century today, when Léonce Girardot took the 1899 Perigord Bozon Cup in his Panhard-Levassor. Sixty years to the day anon and on the other side of the world, John Roxburgh won both 1959 Phillip Island Tasman races in his Cooper Climax, while across the Tasman sea Bruce McLaren took the ’63 Teretonga International in a Cooper T62 Climax.

Over in the ‘States in ’64 meanwhile, Don Branson won the USAC Sprint Car opener in Arizona, while Sam Bird took the 2019 Formula E Prix on this day in Santiago, Chile. 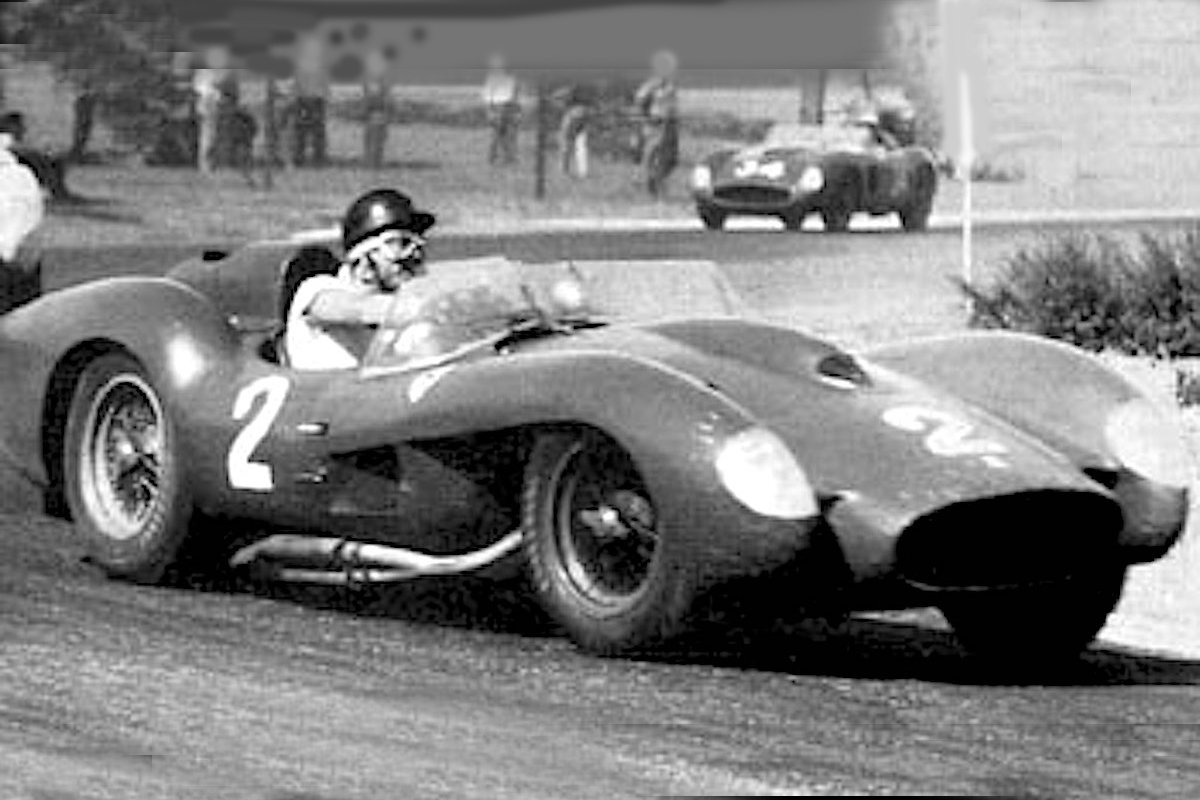 Moving on to sportscar racing back in South America in 1958, Peter Collins and Phil Hill shared a Ferrari 250 Testarossa (above) to win the 1958 Buenos Aires 1000. More recently, today was a good for Juan Pablo Montoya, Scott Pruett and Memo Rojas who twice won the Daytona 24 Hour on this day. Driving a Riley Lexus with Dario Franchitti in 2008, and a Riley BMW with Charlie Kimball in 20183. More recently, Filipe Albuquerque, Joao Barbosa and Christian Fittipaldi took 2018 24 honours in a Cadillac.

Also at Daytona but 41 years prior, Red Byron captured the inaugural 1947 NASCAR Battle of the Champions on the old Beach-Road course, while Cale Yarborough took the rain postponed 1974 Western 500 season opener at Richmond.

Moving off the beaten track, Jean-Claude Andruet won the first ever World Championship Rally driving an Alpine Renault A110 at Monte Carlo, today in 1973 (below). There were six other Montes that finished on this day — Bernard Darniche won the ’79 rally in his Lancia Stratos HF, Ari Vatanen took the 1985 win in a Peugeot 205 Turbo 16 and Miki Biasion ’88 in a Lancia Delta Integrale. Carlos Sainz was the ’95 winner in a Subaru Impreza, Sebastien Loeb’s Citroen Xsara won in 2003 and Thierry Neuville took the 2020 Monte in a Hyundai. 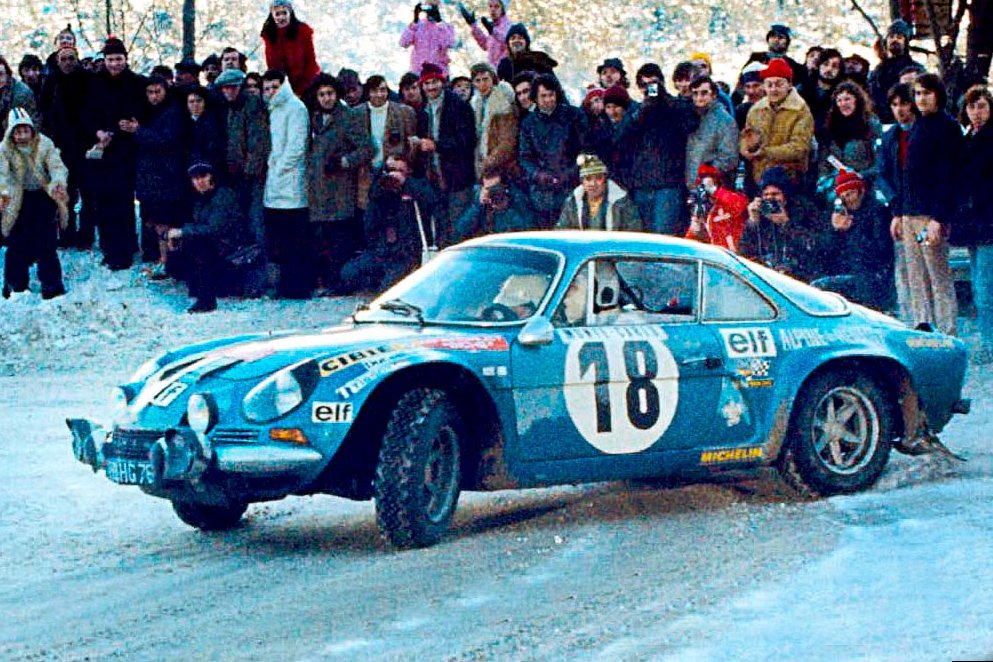 On the day that racing movie legend Paul Newman and F1 drivers David Purley and Sergio Perez were born, American mechanic Fred Marriott steered his steamer to a new 127.66 mph land speed record in 1906. It would stand for another four years. And one of Formula 1’s original dogged privateers, Bob Gerard passed away aged 76, today in 1990.