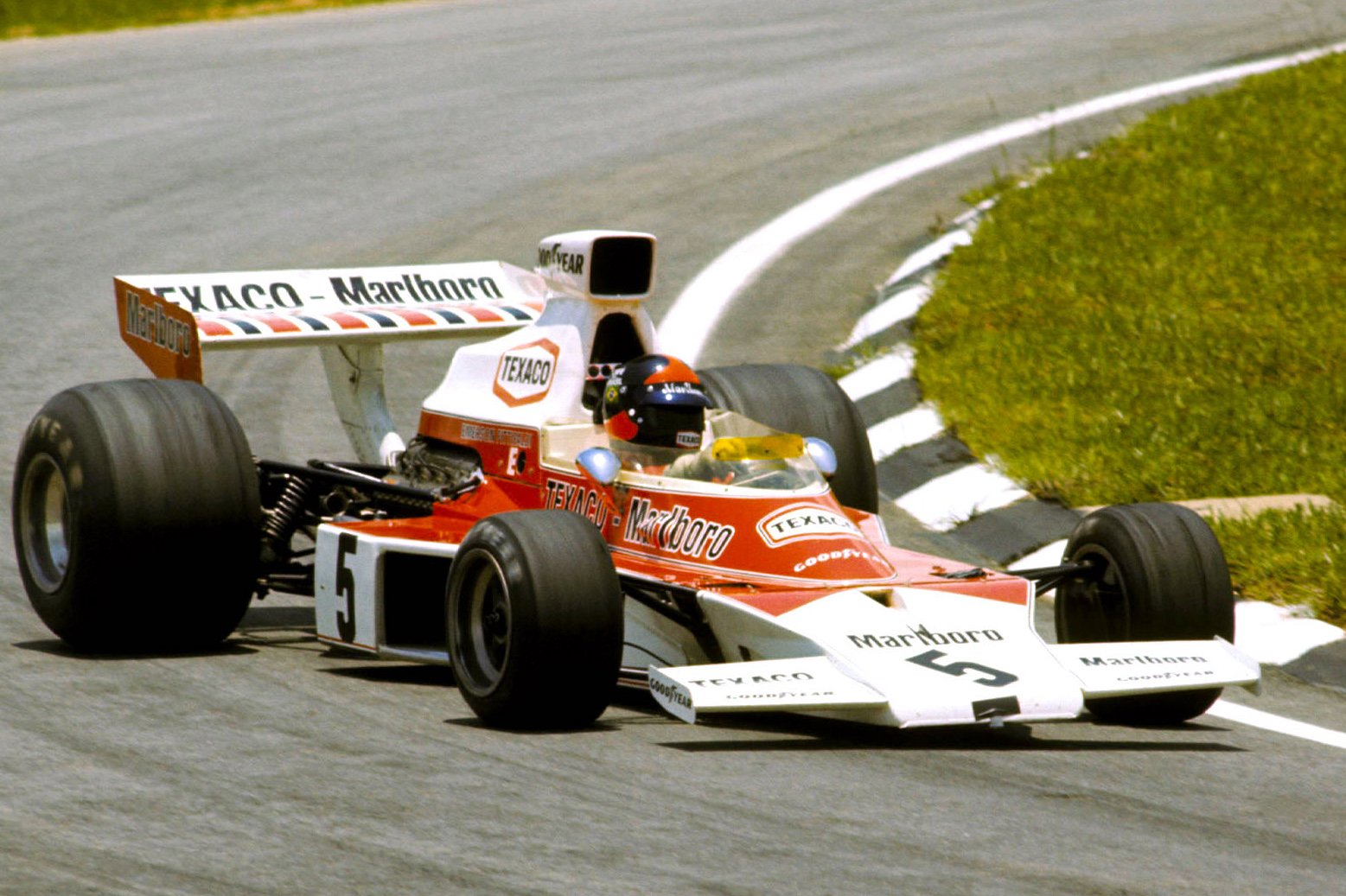 The other two GPs were in Brazil, where another world champion, home hero Emerson Fittipaldi steered his McLaren M23 Cosworth (above) to their tenth respective victories and their first together in a dramatic 1974 season opener. The start was delayed to clean up broken glass from overnight parties. Then the track starting breaking up after a pre-race storm washed away its verges. And torrential downpour saw the race abandoned as Fittipaldi led Clay Regazzoni’s Ferrari after 31 of the planned 40 laps.

It was easier for Rene Arnoux at Interlagos six years later, as he took his Renault RE20 to his maiden F1 victory in the 1980 GP do Brasil. Teammate Jean-Pierre Jabouille set the early pace front until he met with mechanical trouble and retired. That left Arnoux to ease off and conserve tyres en route to an easy win over Elio de Angelis’ Lotus and Alan Jones’ Williams. 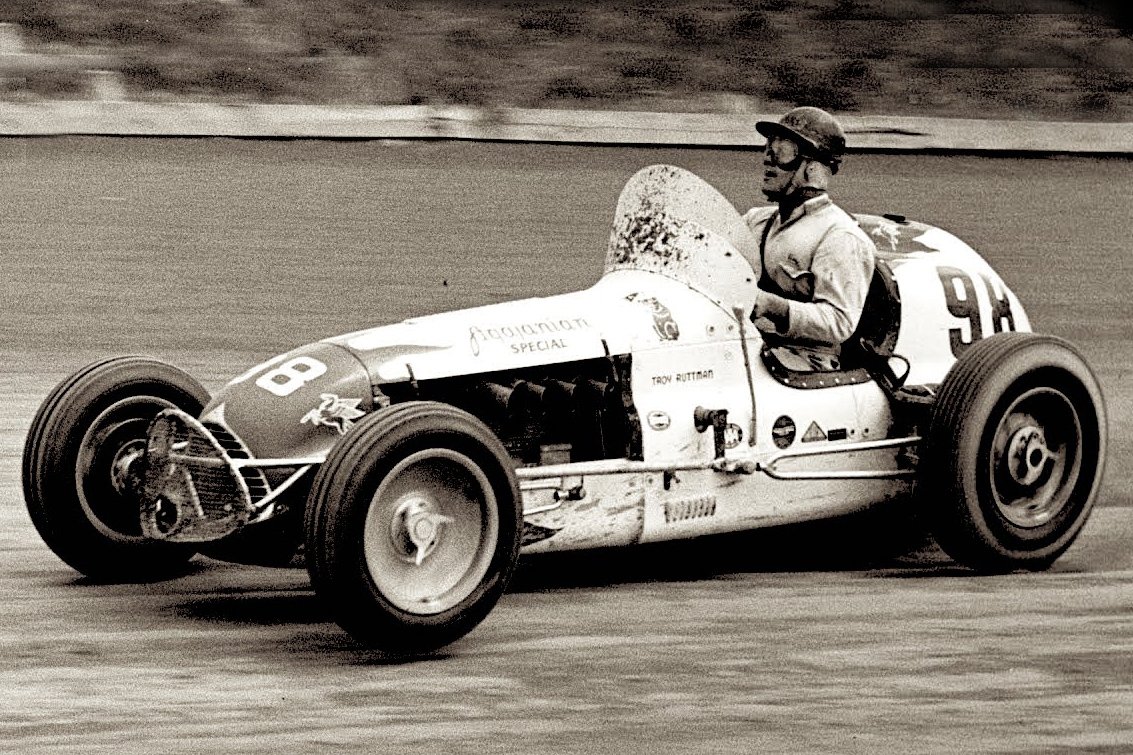 There were several other races across the bottom half of the globe on this day, with two major antipodean races twice won by two great Australasian racers who both would go on to shape the sport as carmakers too. Jack Brabham won both the 1958 and ’59 South Pacific Trophies in Cooper Climaxes, while Bruce McLaren won the 1962 and ‘68 Teretonga Internationals in a Cooper Climax and a BRM P126, respectively. Down in Africa meanwhile, Dave Charlton sped to 1973 Kyalami Highveld 100 honours in his Lotus 72D Cosworth.

With the exception of German Walter Rohrl and his Audi quattro A2 in 1984 (below), the Monte Carlo was all about Frenchmen winning the rally on this day over the years. Didier Auriol steered his Toyota Celica Turbo to the 1993 win, Francois Delecour won driving a Ford Escort RS Cosworth in ’94 and the Sébastiens, Loeb won in a Citroen C4 WRC in 2008 and Ogier driving a Citroen C3 WRC in 2019. 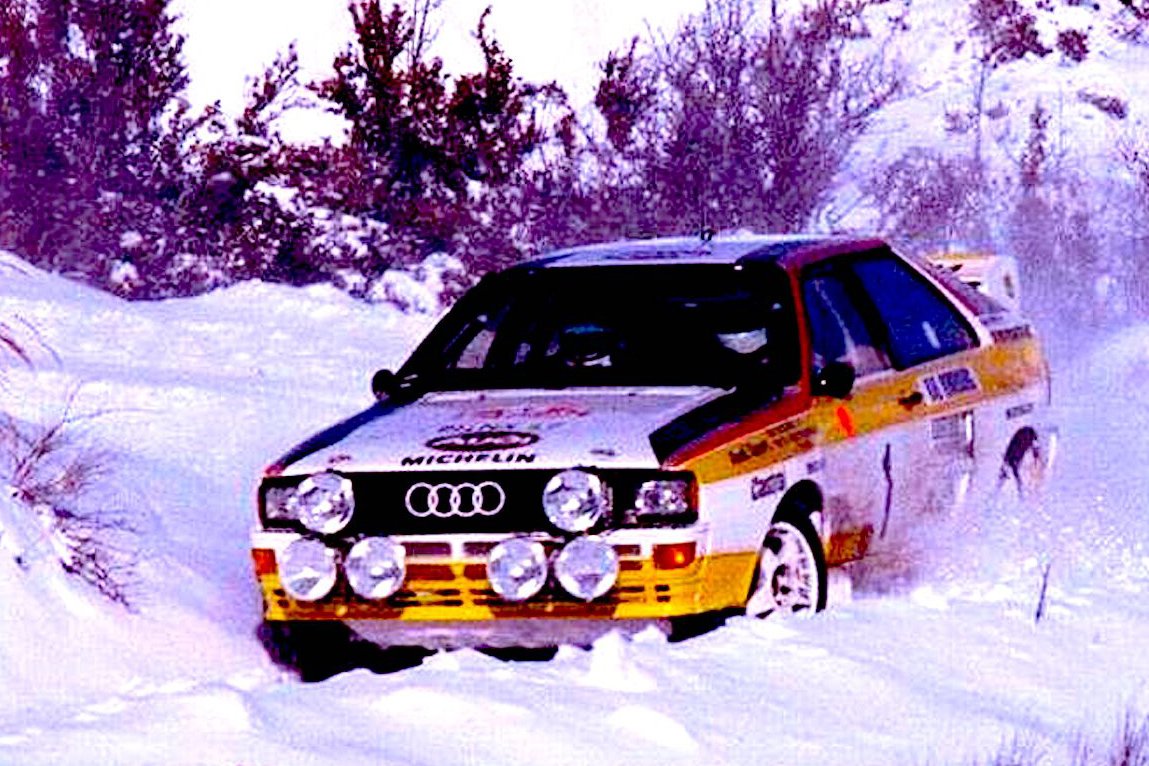 Occasional F1 driver, Indycar, Trans Am and NASCAR driver George Follmer was born on this day, which also saw William K Vanderbilt Jr.’s Mercedes break Henry Ford’s land speed record with a 148.6 km/h run, where else but on Daytona Beach, today in 1904.

Elsewhere on this day, ITV signed veteran commentator Murray Walker for another year as its F1 anchor as it took the rights over from BBC in ‘97. Walker negotiated a pay rise too: “It’s only modest,” he revealed.

The FIA ditched a controversial rule penalising drivers who pitted early in a safety car period, while the pit lane also remained open in such circumstances, today in 2009. It also introduced new software regulating cars’ pit lane speeds. And John James, who raced a Maserati 4CLT/48 in the British Grand Prix, passed aged 87, today in 2002.